Jailton Almeida Is Here To Make His Dreams Come True

After Earning A Contract On DWCS, Jailton Almeida Is Excited To Finally Begin His UFC Journey At UFC Fight Night: Hermansson vs Strickland.
By Steve Latrell, on Twitter @TheUFSteve • Feb. 4, 2022

"As I stepped in the Octagon just now, I said, 'Man, this feels like home,’” says Jailton Almeida. It’s his second straight visit to the UFC APEX in Las Vegas and he’s soaking in his surroundings, reminiscing, and looking ahead.

“After overcoming the pressure of the Contender Series, this became familiar. It has already become my home.”

Hard to imagine a better feeling to have as you stare down your UFC debut this Saturday, and it should serve him well when he meets fellow Brazilian Danilo Marques on the prelims of UFC Fight Night: Hermansson vs Strickland. At the age of 30, Almeida’s path to this moment has felt akin to a straight line.

"My father is a former boxer, and I've been doing sports since I was six years old. I started doing jiu-jitsu at age 11, and in 2012 I made my MMA debut.”

A black belt in BJJ, he rode an eight-fight win streak (14-2 overall professionally) into the most recent season of Dana White’s Contender Series, where Almeida punched his ticket to the big show with an impressive second-round submission of Russia’s Nasrudin Nasrudinov.

"It was a night I will never forget. What I remember most is the joy I felt while leaving the Octagon. Many people thought that was a lost battle for me. But God shined a light on me, and I was victorious.” 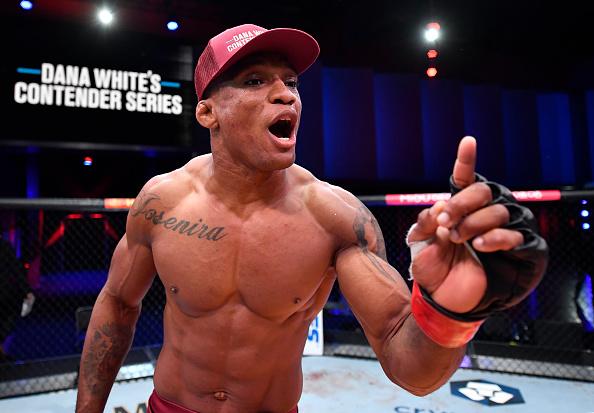 It’s stating the obvious to say winning streaks like Almeida’s in the light heavyweight ranks are both rare and enviable. It’s also what allows him to go through his first UFC fight week with a visible sense of ease.

"He's the one who will feel the pressure, as he's coming off of a loss and I'm on a nine-win streak. I think the pressure will be on his side. I'm very calm. After being on Contender Series, I'm very calm and hopeful to get the 10th consecutive win.”

Marques might indeed feel a bit of pressure having dropping his most recent outing to Kennedy Nzechukwu after a promising 2-0 start to his UFC career. Momentum is on Almeida’s side, but he’s taking the challenge seriously.

"Danilo is very experienced. He comes from Demian Maia's team, has cornered him, has trained with Mauricio Shogun, Fabricio Werdum. He trains at one of the best gyms in the United States, which is Master Rafael Cordeiro's Kings MMA, a gym that's been growing every day. So he's very experienced, very good in jiu-jitsu as we learned from studying his fights. It will be a spectacular fight and we'll see what happens.

"When I think about this fight, I see myself knocking him out or submitting him. But either way, this night will be mine.” 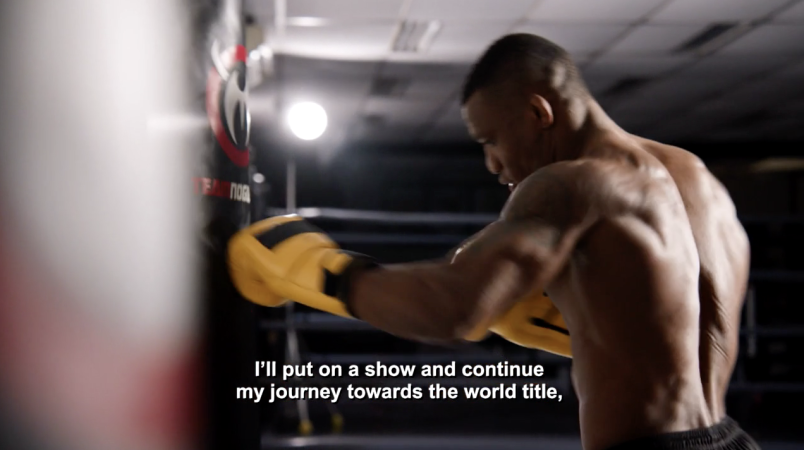 The matchup promises to be veritable grappling clinic from two highly skilled, similarly experienced jiu-jitsu practitioners; a real treat for fans who appreciate the sport’s more technical levels. But Almeida—like his opponent—rejects the alleged mystique of Brazilian vs Brazilian in the UFC Octagon. For him, it’s another night at the office; simply the next hurdle.

That much is for certain. In addition to his own impressive résumé, he’s put in his time studying what separates the next-level Octagon legends from the rest.

"At the beginning of my career, I looked up to Anderson Silva. I'm a fan of his. Jose Aldo, as well, who has a background that is similar to mine. "Minotauro" Nogueira who comes from the same state as I do. Today, Khabib (Nurmagomedov), Jon Jones and Khamzat Chimaev are the guys I admire.”

That’s pretty good company to keep as he sets out to blaze his own path.

"My dream is first to win fights and get into the rankings. And my biggest dream is the same of every fighter who gets in the UFC: to be the champion. And I'm going to work really hard for that."