Jailton Almeida Is A Fighter To Keep An Eye On

Jailton Almeida Is Well On His Way To Being One Of The Hottest Fighters Of 2022
By Gavin Porter, on Twitter @PorterUFCNews • Oct. 11, 2022

With over 700 active fighters on the UFC roster, it’s easy for a prospect or two to fall through the cracks. One of those fighters that people might not know about quite yet is Jailton Almeida.

The 31-year-old from Salvador, Bahia, Brazil has done nothing but impress since joining the UFC ranks in 2021.

Almeida’s performance on Season 5 of Dana White’s Contender Series was a brilliant one, submitting Narudin Nasrudinov in less than two minutes. UFC President Dana White saw Almeida’s enormous potential and signed him to a contract that night.

From there, it was off to the races for Almeida.

As a matter of fact, that’s exactly how all of Almeida’s 17 career MMA victories have ended. Almedia has 11 victories by submission and six victories by KO. 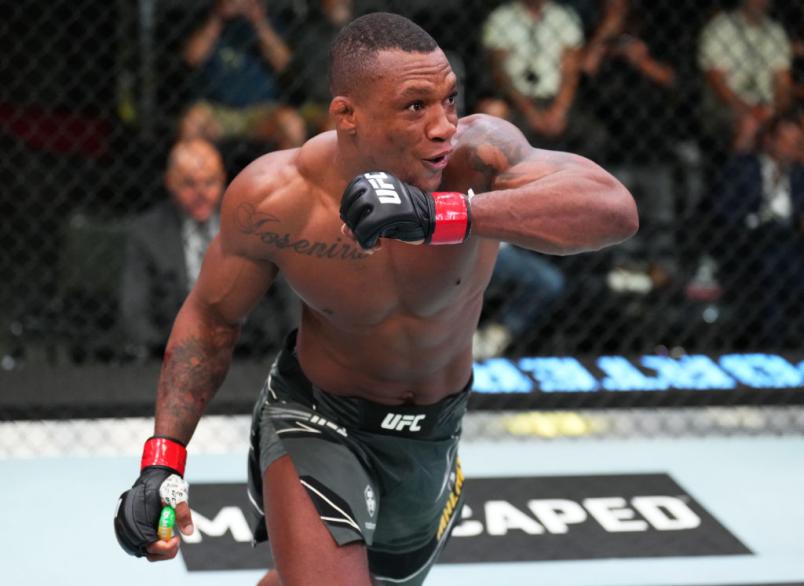 Jailton Almeida of Brazil reacts after his submission victory over Parker Porter in a heavyweight bout during the UFC Fight Night event at UFC APEX on May 21, 2022 in Las Vegas, Nevada. (Photo by Chris Unger/Zuffa LLC)

That’s one dangerous dude, and he proved that when he made his debut against Danilo Marques in February. Almeida pressured Marques and was able to break him down quickly and get the ground-and-pound victory in just under three minutes.

Talk about making an entrance.

“I’m here to stay. I didn’t get here just to be an average fighter,” Almeida told UFC.com backstage after the win. “You saw my fighting style…only Glover Teixeira fights like me.”

Next up he faced a surging Parker Porter, who was on a three-fight winning streak heading into the bout. Almeida was able to dominate Porter and showcase that his performance against Marques was far from a fluke. He also showed that his versatility and power could translate to the heavyweight division.

“I feel much stronger and more agile at heavyweight,” Almeida told UFC.com after beating Porter. “In reality, I’ll go back to my natural division, light heavyweight, but then again, who knows, maybe the right place for me is heavyweight.” 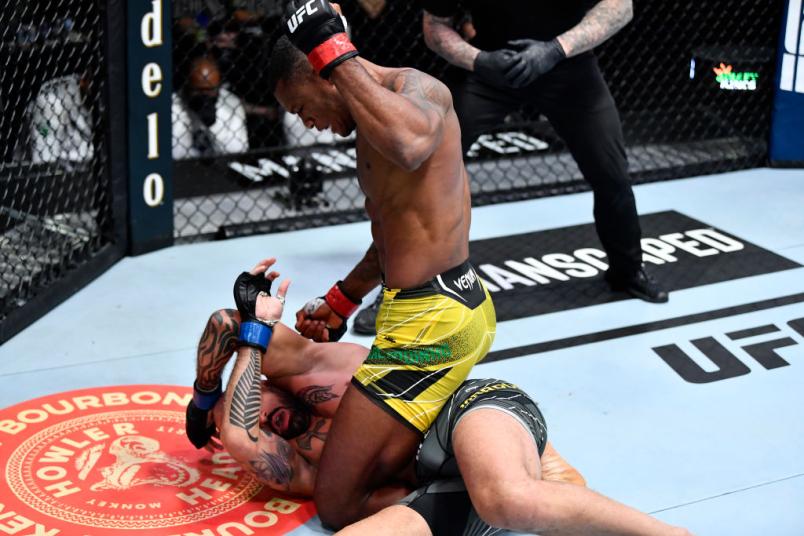 Ultimately, Almeida decided that heavyweight was his new home for the time being and put his name out there for a big fight with the big boys.

At 16-2 with two impressive showings in the UFC, Almeida got what he was looking for in a shot at the heavyweight Top 15 at UFC 279, as he signed the contract to face Shamil Abdurakhimov. Unfortunately, Abdurakhimov was forced out of the bout, but that didn’t stop Almeida from finding a new opponent.

That’s when Anton Turkalj of Sweden stepped in, agreeing to face Almeida at a catchweight of 220 pounds. It was a good opportunity for the 26-year-old, who didn’t receive a contract after his decision victory at the beginning of season six of the Contender Series.

“[Turkalj] is a very versatile guy, and he also has a grappling background. We have similar games,” Almeida said of Turkalj prior to their meeting at UFC 279. “I think Mick Maynard chose this fight to prove who the best grappler in the division is. I’m sure I’m the better grappler. I train really hard for that. I have a very solid game. Even though his game is similar to mine, it doesn’t really go anywhere. I finish my fights, either with a choke or ground-and-pound.”

Almeida backed up his prediction. It only took 15 seconds to secure his first takedown, and from there, he never let go. Turkalj showed grit to continue getting back to his feet, however, Almeida dragged him back to the mat almost instantaneously. With under minute left in the first round, Almeida locked in a Rear Naked choke that forced that top from the UFC newcomer.

"Every fight is a huge fight in the UFC," Almeida said after his victory over Turkalj. "But for every step that I take, I'm gaining more ground. I was able to show in this fight that if you let me, I can end it quickly."

Almeida was rescheduled to face Abdurakhimov, his originally scheduled UFC 279 opponent, at UFC 280: Oliveira vs Makhachev on October 22, however, the fight was cancelled once again with Abdurakhimov withdrawing due to injury.