Despite having just one UFC fight under his belt, Jailton Almeida is already being treated like a star.

It’s fight week at the UFC APEX, and the Brazilian is commanding as much media time as card-mates that have four or five times the tenure. And like any seasoned star, he carries the duty with humility and ease.

“I'm really happy,” he says. “What I experienced on the Contender Series has opened up my mind for what I'm living in the UFC right now.”

His contract-winning appearance on the 2021 season certainly put him on the radar of a lot of fight fans. A dramatic second-round rear naked choke of Nasrudin Nasrudinov demonstrated why some fans have taken to calling him “Brazilian Khabib.”

He followed up with the UFC debut that most reporters are still asking him about, a first-round TKO of countryman Danilo Marques. The result surprised most everyone, not the least of which was Almeida himself.

“I wasn't expecting it to happen like that. Danilo Marques is very good on the ground. He's trained with Demian Maia and Fabricio Werdum. He trains at a great gym, at Rafael Cordeiro's. I'm a huge fan of Rafael Cordeiro. So I thought it would be a very tough fight for me and it ended in a way I didn't expect, with a really fast TKO. It was a great debut, thank God. A very positive result.”

And just like that, the light heavyweight division had a new contender. But he’ll put a pin in that rise Saturday when he takes his second UFC bout at heavyweight. He meets Parker Porter on the prelims of UFC Fight Night: Holm vs Vieira. Almeida had been slated to meet Maxim Grishin this weekend, but when Grishin was forced out by injury, Almeida was thrilled when the heavyweight Porter agreed to save the bout. It’s new terrain for Almeida, who is likely to weigh in well-under Porter. But he’s eager to test himself.

“In this fight with Porter, I have to be careful when we strike,” he says. “He's a striker and defends takedowns really well. When he's taken to the ground, he wants to stand up fast.” 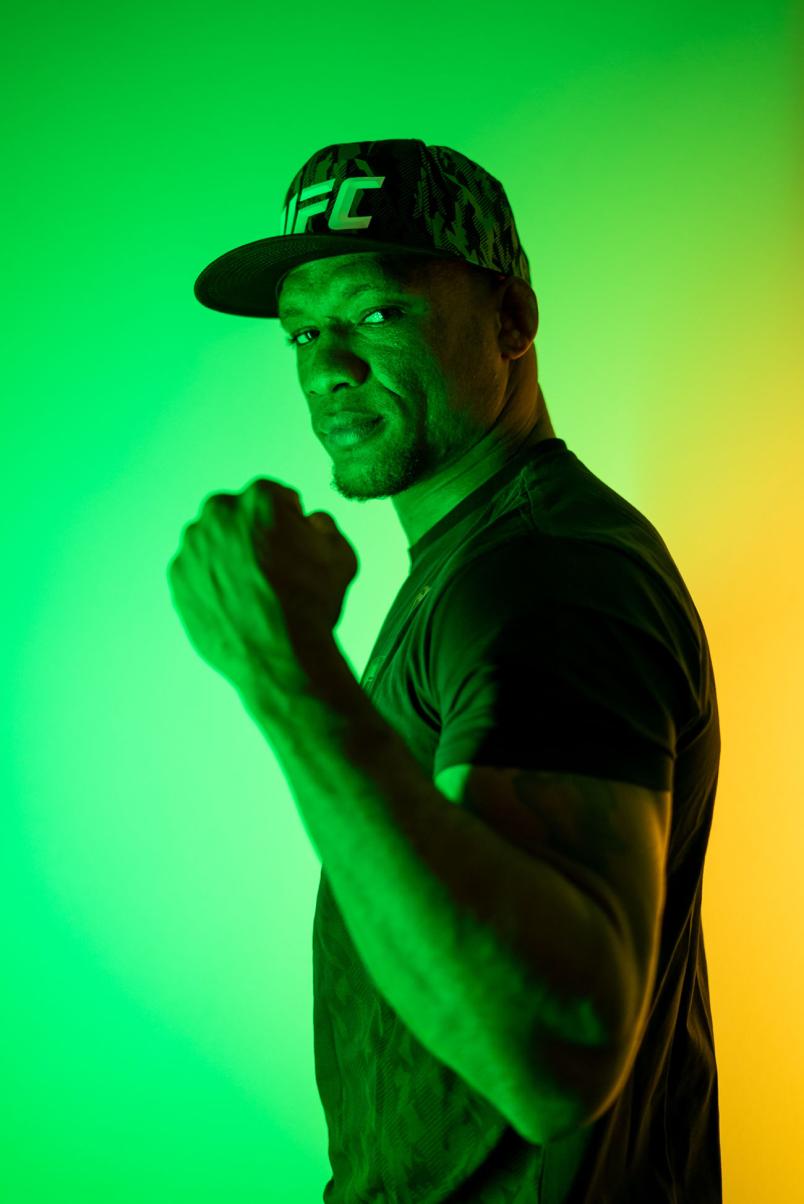 But not having to worry about the scales has allowed him to focus on just the fight ahead of him.

“I'm feeling great, very happy that I don't have to cut weight. Also, because the fight didn't get cancelled. I'm very relaxed and happy. I think I'll be able to control his striking and do our job.”

Still, while he won’t rule out another rare detour into the 265-pound ranks, he makes it clear that this week is the exception and not the rule. Even with a big win, light heavyweight is where he feels he belongs.

And why wouldn’t he feel that way? The 15-2 Almeida is a veritable finishing machine who has only seen the scorecards and the third round once, in the same bout: his most recent loss in 2018. Submissions are his bread and butter, but he’s got plenty of knockouts, too. The two dangerous skill sets can be traced to an interesting family path through the world of martial arts.

“My whole family is in sports. My father is a boxer. My uncle is a former boxer. And I've always liked the sport. I used to be a soccer player. I did a tryout for a team in Salvador. I ended up transitioning to boxing because of my dad. And then to jiu-jitsu, also because of my dad. He used to give boxing classes to my jiu-jitsu coach. So my dad used to give him classes. I ended up stopping jiu-jitsu and transitioning to MMA. Today I train MMA, but also jiu-jitsu, boxing, the same thing.”

And while he was coming up, he watched as his compatriots set the stage for what it meant to be a champion.

That’s an epic list, but there’s another Brazilian that the 30-year-old Almeida is drawing inspiration from these days.

“I want to be like Glover Teixeira, world champion at 42.”

It’s a bold blueprint, but if he can translate his success to date into UFC wins, there’s no reason to think he couldn’t be the guy. The next great Brazilian champ. Part of that journey is showing your people what you’re made of. Saturday will mark his third consecutive appearance at the UFC Apex, and while the venue has been good to him, there’s no place like home.

“Brazil, I'd be fighting home. My whole family and friends would go there to support me and I'd put on a beautiful show to make the Brazilian people happy.”