"When I get done with this fight, win, lose, or draw, the fans are going to be like ‘that guy can fight.’” - Dustin Jacoby 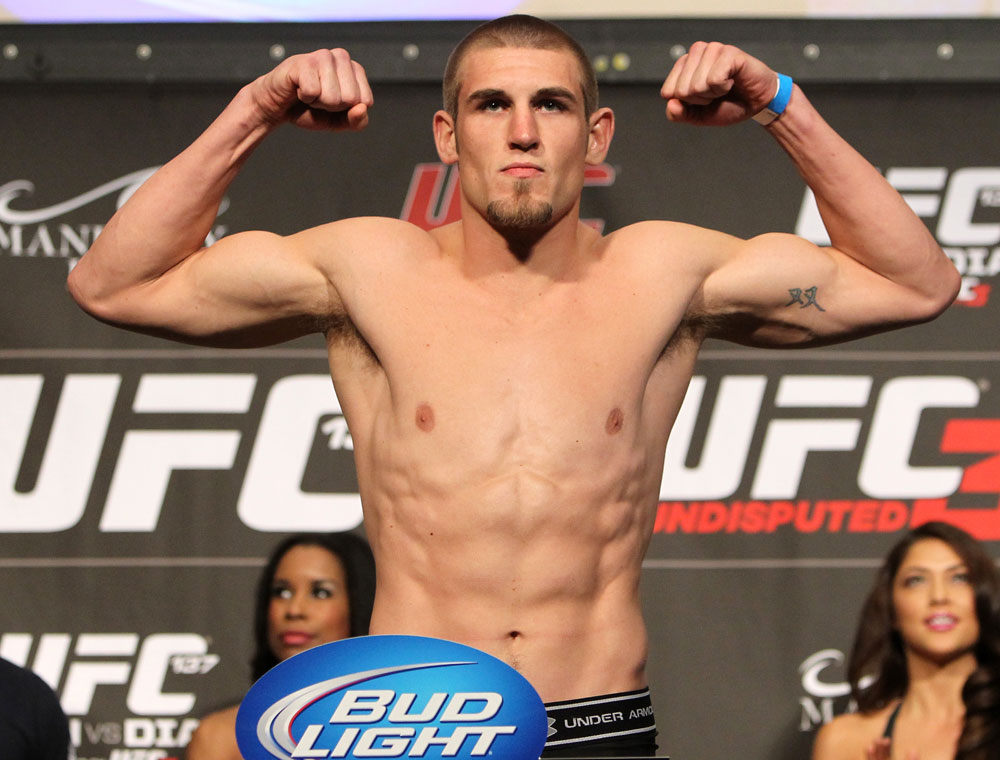 In short, Dustin Jacoby made a bad first impression, but he’s getting a second chance to make a better one at UFC on FOX 2.

On October 29th at UFC 137, Jacoby went toe-to-toe with fellow debuting middleweight Clifford Starks in an underwhelming unanimous decision victory for Starks. The win was for the most part a 15 minute display of takedowns for the former Arizona State University wrestler, Starks. For Jacoby, the loss was absolutely his worst performance of a young career that previously featured an undefeated streak of lightning quick finishes with the majority being first round TKOs. In life there might not be second chances, but in sports there are and, on January 28th, Jacoby wants to make an inedible second impression to make everyone forget the first.

“Everyone should expect to see a guy who is going to go in there and leave it all on the line,” emphasizes Jacoby. “They should expect to see a guy who throws caution into the wind and lets it go and has fun. At the same time, I'm using my athletic ability, I'm evading, I'm being elusive, but not being tentative. I’m going to be attacking and aggressive. You can watch any one of my fights, besides that Starks fight, and you see two different people. You see me kicking, which sets up my hands, I'm catching them with my hands, the next thing you know they're going down, and once they go down I'm on top of them with no hesitation. My coach says, ‘When the UFC sees you fight this time, they're going to see a completely different fighter. In your last fight you fought 95% terrible and the only reason I give you 5% is because you had good movement, but you weren't throwing off of it.’ I'm the aggressor, I'm taking it to the guy, I'm overwhelming them, and I'm setting the tone.”

Now, that sounds a lot more like the 6’4” middleweight the UFC thought they had drafted last October. In less than a year, Jacoby fought seven times with the final bout being his debut at UFC 137. Jacoby’s six previous drubbings of opponents totaled together took less time than the 15 minute decision loss to Starks. Some fighters chalk up a rough first fight in the Octagon to the “jitters”, but Jacoby’s hiccup was due in part to a hairline fracture on his leg suffered in training 19 days prior to the scrap. Break or no break, Jacoby got the call to be in the UFC and he was going to answer it.

“I had an injury we kept on the low going into Clifford Starks,” discloses Jacoby. “I knew going into the fight I wasn't going to be myself and wasn't going to be 100%. I had a pretty bad hairline fracture on my leg that prevented me from doing what I normally do. I wasn't necessarily nervous about it being my first fight, I was nervous at how limited I was. It showed during the fight. If you have watched any of my fights prior to that you can see that I'm a completely different fighter. I threw zero kicks against Starks and something I do in all my fights is throw kicks to set up my hands. I'm about a hundred times more aggressive in every other fight I've ever had than I was against Starks. In hindsight, I should not have taken the fight, but if I had to do it again I would do it the same way. It's just one of those things, how do you back out of a UFC debut? It was just something I was so excited for. Probably at the time, I shouldn't have taken the fight, but I'm not making a big deal about it. I did it, it's over with, and it's time to move on.”

At UFC on FOX 2 at the United Center in Chicago, Illinois, Jacoby is getting another opportunity to wow UFC fight fans against Chris “Kamikaze” Camozzi. The Ultimate Fighter alum is 15-5 and, currently, 2-2 inside the Octagon. Camozzi also suffered a decision loss at UFC 137 and will be looking to give everything he’s got to get back on the winning track. A matchup between two young and big 185ers who have something to prove can only be a must watch and possibly dark horse candidate for “Fight of the Night”.

“Chris Camozzi is a tough guy,” says Jacoby. “I've watched a few of his fights, including the one where he fought on the same card I was on in Vegas. Just watching that fight over and over again, you can tell he has a lot of heart and he can take a punch. No matter what happens he is going to keep coming and keep going. I like that about him because I know he is going to bring out the best in me. I'm the same way, where if I get hit, which I haven't been hit too much, but the more I get hit and the tougher the opponent is it brings out the best in me. It's going to be a tough fight and he's a really good competitor who has been in the game for quite awhile now. He's 2-2 in the UFC, so he's had some experience and it's going to be a fun fight.”

The 23-year old former college quarterback for Culver-Stockton College and later Quincy University is busy preparing for his tussle with Camozzi at Fiore MMA in Springfield, Illinois. In a short time, Jacoby’s MMA training went from messing around with his twin brother in his garage to sparring with UFC veterans at Matt Hughes’ H.I.T. Squad in Granite City. Nothing like jumping from the pot into the frying pan, Jacoby’s first six amateur fights were taken on sheer guile in the football off-season and, soon enough, he found himself in a gym trading punches with “Ruthless” Robbie Lawler. Jacoby is awfully green in this sport, but he’s been learning from the best early and often.

“I started out at Matt Hughes' The H.I.T. Squad in Granite City with Matt Veach, Kyle Watson, Robbie Lawler and Brian Foster,” tells Jacoby. “That was quite an experience. That was the first real gym I ever walked into. That was pretty overwhelming. We recently moved to Springfield, Illinois, where coach Marc Fiore opened up his gym, Fiore MMA. We have a lot of good guys. We have my twin brother here, who obviously matches up with me perfectly sizewise. We have Brian Foster. We have Jon Madsen who is a 4-1 heavyweight in the UFC. We have a lot of guys who push me on a daily basis. It's hard to keep up, especially with those heavyweights who when they grab a hold of you they suck the life right out of you.”

Although he is only just starting his second professional year in MMA, Jacoby is a lifelong athlete who believes the work ethic instilled in him from other sports has carried over perfectly for the UFC. “My whole life has been a practice and that's what an MMA camp is,” asserts Jacoby, who played college football plus fought in amateur fights and then turned pro in MMA with no gaps in between because he’s a born competitor. “Being a quarterback, I always had to be at practice on time and on time for me was 10 minutes early to set an example. I've always been that team leader or that guy people looked up to, and I catch on to things quickly. Some people have trouble getting up and getting after it, but it's something I’m used to.”

This weekend in the Windy City, Jacoby will look to blow the doors off the United Center with a blistering attack-oriented performance against Camozzi. “I'm going to use my superior athletic ability mixed with the aggression I've brought to every sport I've ever played,” affirms Jacoby, who promises that being injury-free means an exciting fight for the fans. “I'm a crowd pleaser. I'm so anxious, I'm ready to rock n' roll, I'm healthy and I'm so excited. When I get done with this fight, win, lose, or draw, the fans are going to be like ‘that guy can fight.’”

In short, sports and life are more about “what have you done for me lately?” For Jacoby, a thrilling battle in Chicago this week will always be more memorable than a year prior's lackluster showing in Las Vegas.