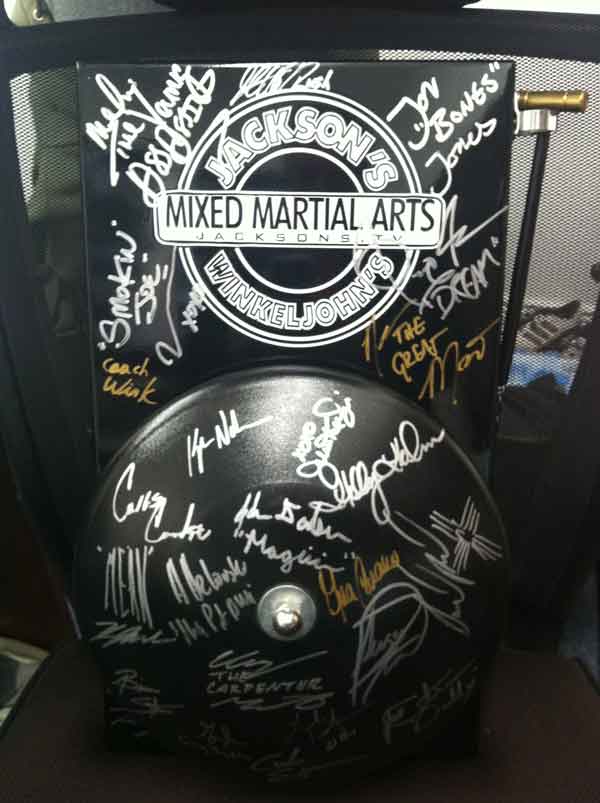 Albuquerque, NM – On May 20th, 2011, Jackson’s Mixed Martial Arts offers you the chance to bid on a one of a kind piece of sports memorabilia.

100% of the proceeds of this auction will be donated to the Children of the Fallen Soldiers Relief Fund, a nonprofit organization that supports the children and spouses of American soldiers that have given their lives in the line of duty.

Please join us in our efforts to support the families of our fallen American heroes, and bid on an opportunity to own a piece of mixed martial arts history. For more information, go to www.jacksons.tv or the ebay page.

The auction ends May 27.