Jack Shore Is Out To Show He Can Beat The Best

Like his moniker describes, Jack “Tank” Shore has methodically worked his way up the bantamweight ladder, blasting through with little to no resistance. Each time out, he receives more fanfare, but whether it’s because of his no-nonsense demeanor or surgical, well-rounded style, it still seems like he is under discussed in the vaunted bantamweight division.

All that said, Shore put it all together in his hardest test to date against Timur Valiev to secure a decision win for a friendly London crowd in March and progress to 16-0 as a pro. Now, Shore is days from his first proper top-15 test against Ricky Simon on July 16 in Long Island, and he wouldn’t change anything about his progressive rise up the ranks.

“It’s all coming together slowly,” Shore told UFC.com. “The opposition is getting better. My last fight, I think I showed a lot of people what I can do normally on the feet, but when I got deep a little bit and things weren’t always going my way, I showed I can make decisions and turn the fight around and sway the fight in my favor. I put myself in a spot where I’m ranked, and in position to fight a tough, ranked guy. The wheels are all turning, and hopefully we can keep the momentum going and keep the hype train going.”

The Welshman doesn’t scoff too much at the notion he is a dark horse or overlooked, and he acknowledges his natural personality doesn’t help all that much when it comes to cultivating a loud fanbase online.

But, like his performances in the Octagon, don’t expect Shore to deviate from himself and act out of character any time soon. A self-scribed “quiet, introverted kid” from the Welsh Valleys, he enjoys the quieter life and doesn’t intend to win people over if they don’t already ride with him. 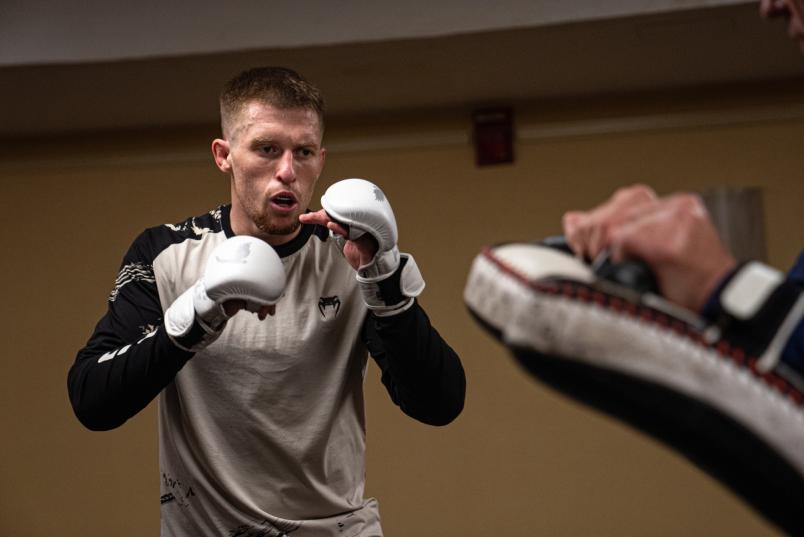 “I’m old school and let my fighting do the talking,” he said. “I think a lot of people overlook me for that. If you look at the skill sets, I believe I can match up with as good a skill set with anyone in the division. I think most of the purists will look at my skills and tell you that this kid could beat top-5 guys, let alone top-15 guys. It is what it is. I’m not going to change for anyone. I’m not going to start kicking off at weigh-ins and trolling people on Twitter just to get more publicity. I am who I am, and I’ve always been true to myself, and if people don’t like it, they don’t like it. If they do, great. The more fights I win, the more people will see that I am the real deal.”

A testament to that approach is the fact that he didn’t make a whole ordeal of fighting in Long Island at UFC Fight Night: Ortega vs Rodriguez instead of a week later in London at UFC Fight Night: Aspinall vs Blaydes. Although the pro-UK crowd is ideal – especially considering the environment inside the O2 Arena last time the Octagon visited the Big Smoke – the prospect of fighting Simon was one Shore wanted to have regardless of the location.

As far as Simon goes, it seems like the perfect test for Shore. Washington’s Simon is built like a linebacker and has a similar gameplan as Shore in fights: put the pressure on their opponents, take them down and use their solid striking if necessary. Simon is second all-time among bantamweights in takedowns landed (35) and averages 6.76 per 15 minutes, according to Fight Metric. For his part, Shore averages 4.13 per 15 minutes.

Shore also has the upmost respect for Simon and understands the challenge ahead of him. 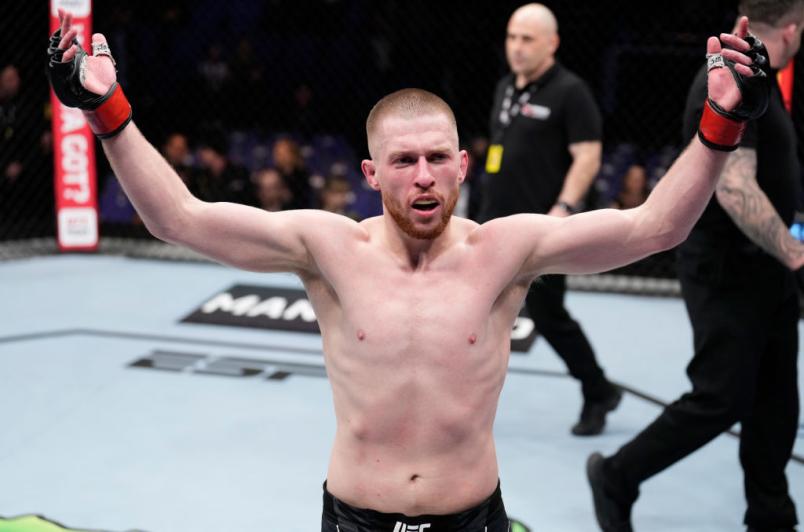 Jack Shore of Wales raises his hands after facing Timur Valiev of Russia in a bantamweight fight during the UFC Fight Night event at O2 Arena on March 19, 2022 in London, England. (Photo by Chris Unger/Zuffa LLC)

As well as hoping to lead the dance, Shore is eager to show people his defensive wrestling skills, which he feels will surprise some people. He lauds training partner and former UFC bantamweight Brett Johns as the man who has prepared him most in that sense. On the feet, Shore feels like he is the “slicker” striker but did acknowledge Simon’s power and explosiveness.

See Everything That's Happening In The Bantamweight Division

It feels like a discredit to call Shore a meat-and-potatoes kind of fighter, but Wales’ best contender to date is simply a fundamental monster at 135 pounds. His hands were on display last time out, and when he steps into the Octagon in UBS Arena, he hopes to exhibit his top-10 quality over someone like Simon, who has shown he is competitive with the best the division has to offer.

“(Simon) proved that he belongs here,” Shore said. “A win over him also proves that I belong in the mix with the top guys. He’s the toughest fight I’ve had on paper to date, and I just look forward to going out there and testing my skills against him. If I can beat him, then I believe I can beat anyone in the division.”