Jack Hermansson Is Locked In

Up until last year, Jack Hermansson had made at least two appearances inside the Octagon every year since he’d been signed by the promotion, including fighting twice in a little over two months — first in Hamburg, Germany, and then in Sao Paulo, Brazil — when he debuted in the final third of 2016.

For someone that likes to remain active and would ideally compete three times a year, making the walk only once is challenging, but it’s also a sign that the 33-year-old is moving in the right direction when it comes to running down his goal of challenging for the middleweight title.

“I definitely like to fight a little more often, but the higher you climb in this game, the fewer available opponents there will be, especially if you already fought some of those,” said Hermansson, who has spent the last three years taking on ranked competition. “I think that’s the challenge in getting the right matchups going.

“Even after that fight last year, I really wanted somebody ranked above me, but nobody was available, so I’m not going to sit and wait,” added the Swedish-born standout who lives and trains in Oslo, Norway. “So we got something going and we landed on Sean Strickland.”

Saturday night, the ranked middleweights square off in the first main event of the February slate — a battle between Nos. 6 and 7 in the 185-pound weight class just a week before champion Israel Adesanya puts his belt on the line against former titleholder Robert Whittaker.

It’s a dangerous matchup for Hermansson, who secured a unanimous decision win over Edmen Shahbazyan in May, as the 30-year-old Strickland is 4-0 since returning to action following a two-year absence, and sports a 19-0 mark in the middleweight division, while also being stationed one spot below him in the rankings.

“I feel like Sean Strickland has some good wins behind him, he’s on a good winning streak and a lot of people are talking about him,” said Hermansson, beginning his assessment of the man he’ll share the cage with this weekend. “He’s a good opponent. He’s very opportunistic, has good scrambles, and he’s tough as well. I think he’s a tough fight for anybody. 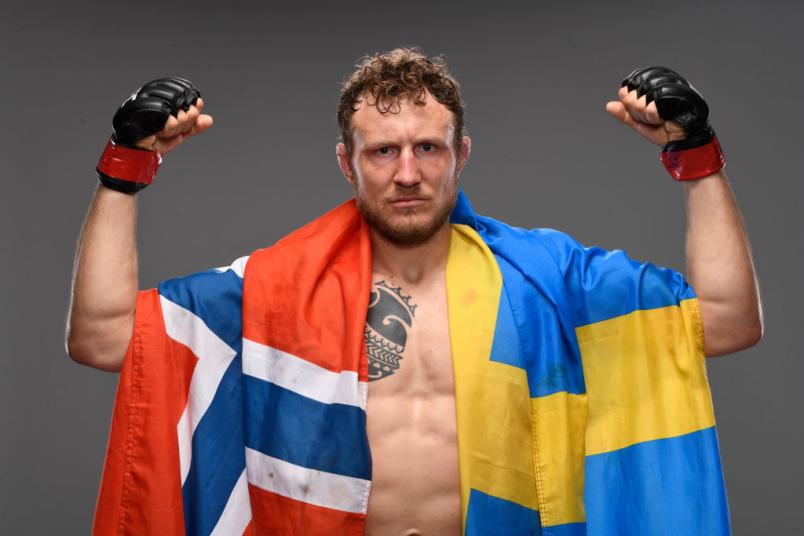 “I think it’s important not to get stuck in his type of game. He really likes to stand in front of his opponents and swing with big punches, and he has the stamina to do it for the full five rounds. He likes to push the pace, keep a high volume, but so do I, and I also think I have more things to offer in the wrestling and the grappling.

“Not that Sean is bad there or anything, but I think I’m a little bit ahead.”

After fighting twice in 14 days during the final quarter of 2020, Strickland logged two more appearances last year, pushing his overall winning streak to five with unanimous decision victories over Krzysztof Jotko and Uriah Hall, the latter of which was the kind of steady-pace, high-volume five-round affair Hermansson mentioned earlier.

He’s steadily climbed the ranks since resuming his career following the motorcycle accident that forced him to the sidelines and has gained attention in the media for some of the harsher, brutally honest things he’s said about himself and his mindset, which is why Hermansson couldn’t stop laughing when I passed along a request from Strickland when we spoke last week.

“No, no, no — no such agreement,” he said, finally getting the words out between bursts of laughter when I shared that Strickland was hoping he would agree there would be no leg locks in their battle this weekend when I spoke with his impending foe a couple hours earlier. “I hear that he’s willing to go to the death, but he doesn’t want to do leg locks? I’m not promising anything.

See Which Fighters Are On The Rise

“That’s why we love MMA, right?” continued Hermansson, the laughter now tapered off into a chuckle. “There are so many techniques available, and you can use them. I’ll take whatever I get in there.”

Having felt a little sluggish and slow to acclimate to the arid conditions in Las Vegas during his last two appearances, Hermansson and his team made the transatlantic trip two weeks ahead of this weekend’s meeting with Strickland.

Having worked through the worst of the post-travel impediments already, the 33-year-old knows taking the next step forward in his quest to fight for the middleweight title comes down to showing up and showing out on Saturday night. 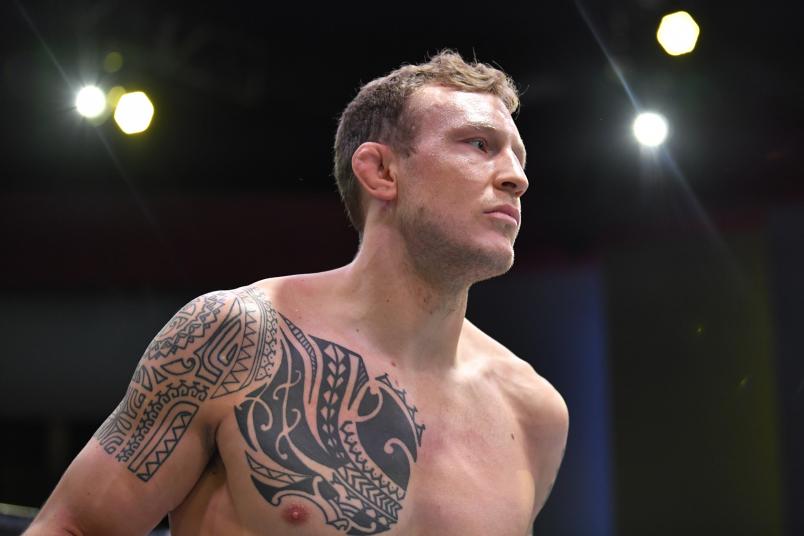 Jack Hermansson of Sweden prepares to fight Marvin Vettori in a middleweight bout during the UFC Fight Night event at UFC APEX on December 05, 2020 in Las Vegas, Nevada. (Photo by Chris Unger/Zuffa LLC)

“I think another flawless performance is what I need, but it’s all about how you manage to perform on that particular night,” said Hermansson, who has been close to contention before, only to stumble. “You can do the best preparations, but it all comes down to how you’re able to perform on Fight Night.

“I feel focused. I feel locked in. I feel confident and ready. If everything goes as planned, I’m going to have a flawless performance and that’s going to open people’s eyes and they’re going to see I’m definitely one of the contenders for the title.”

Getting past Strickland will be a challenge, but Hermansson believes he’s up to the task and knows how to achieve the result he wants.

“I’m not looking for a five-rounder against Sean Strickland,” he added. “That is going to be brutal, it’s going to be tough, and I know that I can do it if I need to, but I’d rather finish it early, and that’s what I’m looking forward to doing.”

Even if it means grabbing onto a leg lock.