Jacare Souza talks life in the U.S. and recovery 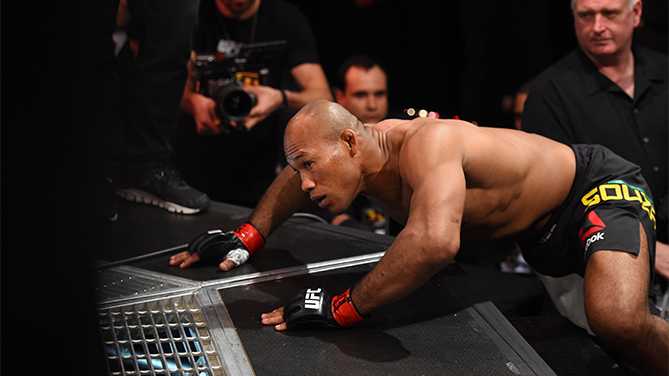 Vitor Belfort" align="" />
It is common to see fighters packing their bags and leaving for other countries in search of new techniques and training routines. But MMA was not exactly what motivated Jacare Souza to take his family to spend a few months in Florida.

A father of three, the middleweight contender thought about how living in another country, even if not permanently, will influence his children's future.

"I'm giving my children the opportunity to speak two languages, to know a different culture," he said. "I like it; things work just right here. It's like a clock.

"I'm adapting well, because there are a lot of Brazilians here,” Souza continues. “Brazil is such a beautiful country, and of course we miss it, but we're doing better here than expected. There is even a Brazilian market here. I can buy Brazilian beans, Brazilian rice. Everything is going very well".

If things are at peace on the personal side, his pace is less accelerated in his professional life. Jacare underwent surgery to repair a rupture in the pectoral muscle in April, and despite going to the gym, he still cannot train at full force.

"It's very frustrating because I wanted to do strong workouts and that makes me sad. I'm a guy who likes movement. My 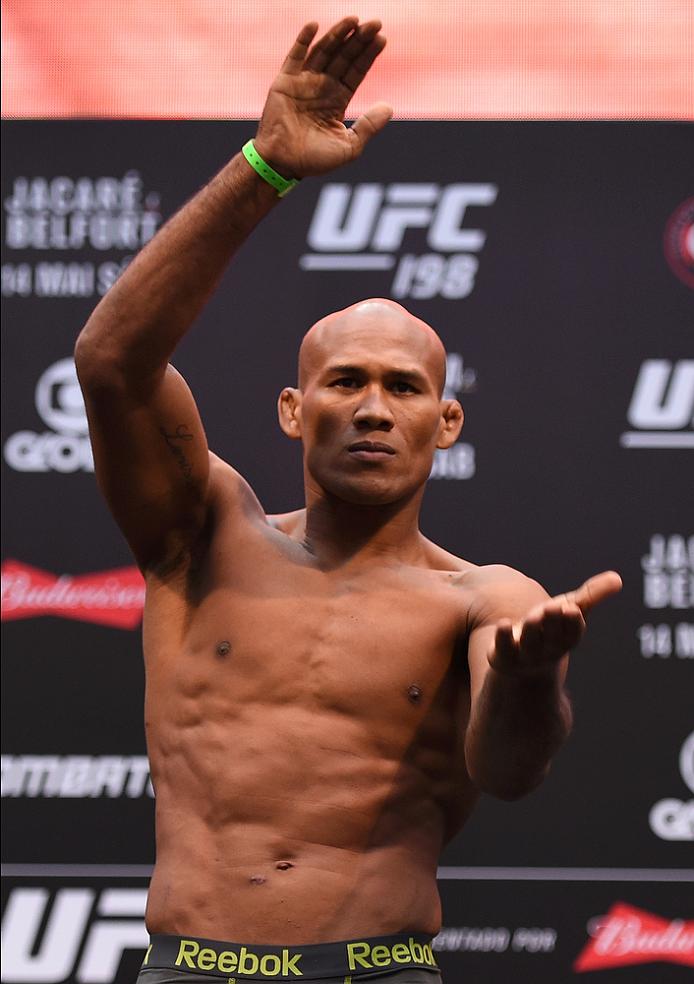 doctor will be here by the end of October to check me out and will hopefully allow me to train again."

In a recent interview with MMAFighting.com, Jacare's manager, Gilberto Faria, said he would like to see the Brazilian return to the Octagon against former champion Chris Weidman. That fight draws Jacare's attention, and he also listed other names for his return.

"(Weidman) makes a lot of sense. We've never fought, it's a fight that has media appeal, but I also think (Yoel) Romero, (Luke) Rockhold, and even (Robert) Whittaker (have appeal). I gave Whittaker a chance to fight me when he did not deserve it, so it would be nice if he gave me this opportunity to fight him. I'm still at the top of the middleweight division," he said, not forgetting that he still needs to fully recover before stepping back in the Octagon.

"I have to go back to training first so I can say to the UFC, 'Hey, I can fight on that day. What do you have for me?'"