Jacare Souza knows what's on the line: a title shot 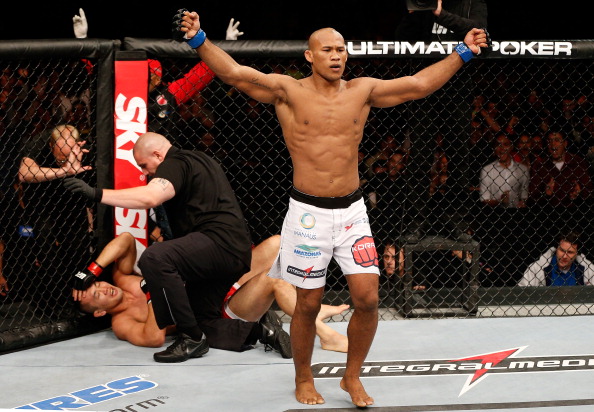 Gearing up for his fight with Yoel Romero last December at UFC 194, you couldn’t fault Ronaldo “Jacare” Souza if he started envisioning a bout for the UFC middleweight title in his future.

Not that Romero was a pushover or that the Brazilian submission specialist was overlooking the former Olympic silver medalist, but with eight consecutive victories and 12 wins in his previous 13 bouts dating back six years, Souza knew he was close to earning the championship opportunity that had eluded him thus far and that an impressive performance against the equally close Romero would help cement his position as next in line.

Rather than another dominant outing, what Souza got was a dogfight, as he and Romero went back-and-forth for 15 close minutes, each man having their moments, but neither able to establish the kind of rhythm that produced a string of victories for both men on the way to this collision of contenders.
RELATED CONTENT: Jacare Souza born to fight | Free Fight: Souza vs Okami | Souza featured on UFC 198 Countdown

When the scores were totaled, Souza landed on the wrong side of a split decision result – his winning streak snapped and his name erased from the top of the list of contenders in the middleweight division. To further complicate matters, Romero was flagged for a potential doping violation stemming from an out of competition test a month after the fight and eventually agreed to a six-month suspension when it was determined that his positive test came as a result of a contaminated supplement.

It’s the kind of one-two punch that could shake a fighter’s focus and turn them bitter, the MMA version of a bad beat at the poker table, but Souza hasn’t allowed things to reach that point.

“What upset me was the result of a very closely contested fight, but that’s what happens when you leave it in the hands of the judges,” he said of the bout with Romero, which many outlets and observers scored in his favor.

Instead of dwelling on the past, Souza has shifted his focus to the present and the opportunity before him this weekend.

Saturday night, the former Strikeforce middleweight champion faces off with Vitor Belfort in the penultimate fight of the night at UFC 198, the biggest fight card the UFC has ever brought to Brazil. Littered with some of the most iconic names the country has ever produced – fighters like Shogun Rua and Rogerio Nogueira and featuring the debut of women’s wrecking machine Cris Cyborg – Souza and Belfort will set the table for heavyweight champion Fabricio Werdum, who defends his title for the first time against Stipe Miocic in the main event.

Taking place at Arena da Baixada in Curitiba, Saturday’s event will become just the third in UFC history to boast a live attendance north of 40,000, joining UFC 129 in Toronto and UFC 193 last November in Melbourne, Australia on that exclusive list, and with at least one Brazilian fighter competing in each of the 13 bouts scheduled to grace the Octagon, you can be sure the partisan crowd will be in full throat from the outset.

And being included in such a star-studded event has the soft-spoken Souza excited, though he’s still economical with his words.

“It’s awesome,” he said when asked about the all-star cast of fighters slated to compete this weekend. “The circumstances around this fight really motivated me.”

Fighters can be a superstitious lot and they often create ways to put added pressure on their shoulders out of thin air at times and with UFC 198 featuring at least one Brazilian in every bout from the opening act to the championship closing number, the possibility exists that competitors from the host nation could get on a roll and start rattling off win after win.

Conversely, things could go completely sideways too, leading to a string of losses that suck the energy out of the venue and turn each bout into a “This is where we turn it around” encounter for the “home team.” 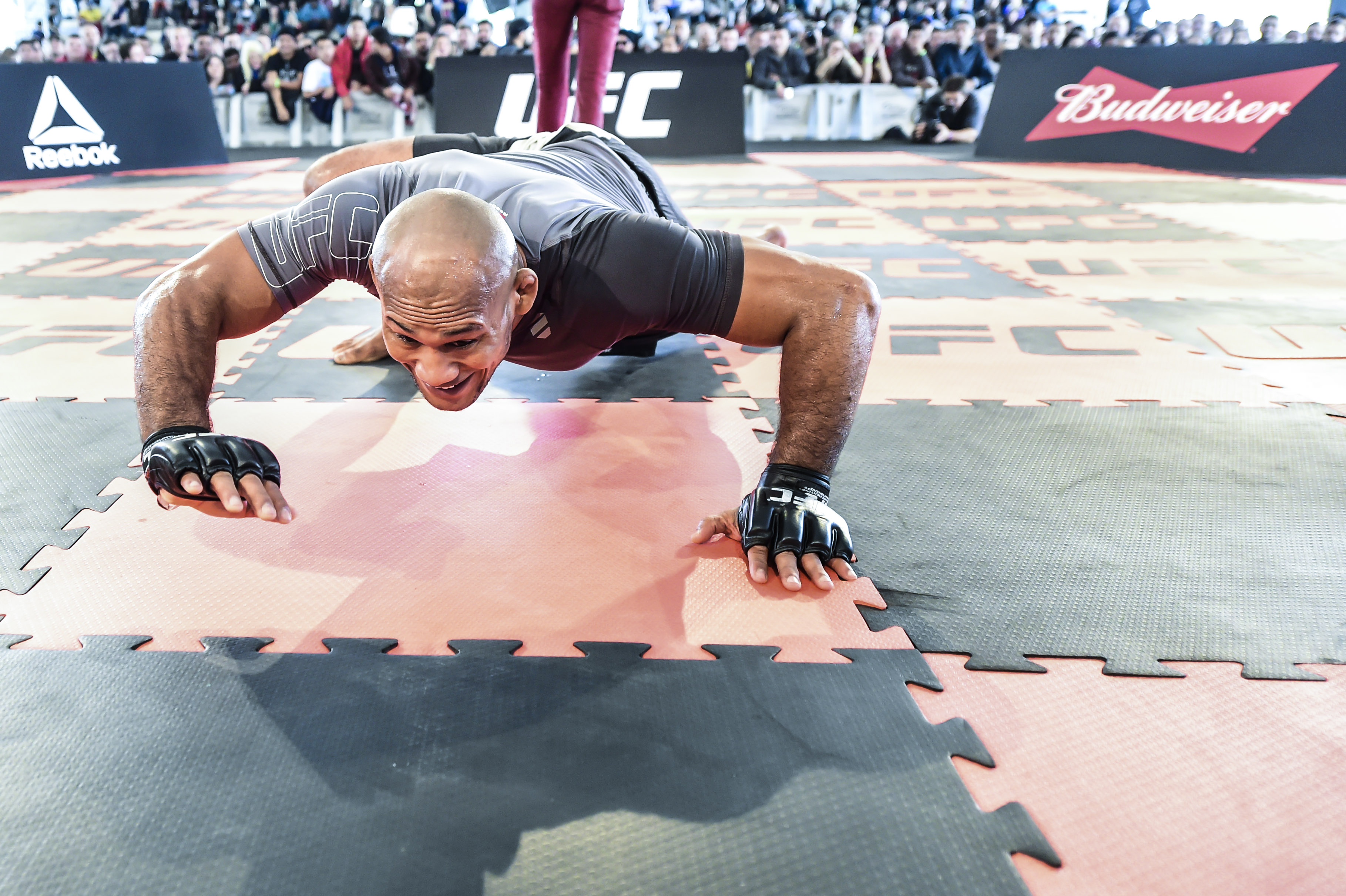 With those possibilities out there and being the second to last contest to hit the cage, would Souza feel any added pressure to maintain a winning streak or halt a string of losses as he prepares to make the walk to the Octagon to square off with “The Phenom” on Saturday night?

And if he does indeed return to the win column and add Belfort’s name to the list of tough middleweight competitors he’s defeated in the Octagon at UFC 198, Souza fully expects to be right back where he would have been had he beaten Romero five months earlier – standing opposite the UFC middleweight champion.

“It puts me right there in the front of the line to fight for the belt. If I win this fight, I’m going to be fighting for the belt.”