After Three Disappointing Results, UFC Flyweight Rogério Bontorin Plans To Take Matters Into His Own Hand's Against Manel Kape At UFC 275.
By E. Spencer Kyte, on Twitter @SpencerKyte • Jun. 9, 2022

Rogerio Bontorin enters his fight on Saturday with Manel Kape in a unique position.

Stationed at No. 8 in the flyweight rankings, Bontorin arrives in the midst of a four-fight run without a victory, though it’s not as simple as him having suffered a collection of clear, indisputable defeats, as the 30-year-old Brazilian is quick to point out.

“My fight against Kai Kara-France, I was clearly winning easily,” said Bontorin, who enters his UFC 275 pairing with Kape as the underdog, despite being the higher ranked member of the pairing. “I made a mistake and I really think (referee) Herb Dean should have let the fight continue. I was conscious and he stopped the fight at 4:59 while I was still alive and fighting. I know and Kara-France also knows that he would have never won that fight.”

The bout was one-sided in Bontorin’s favor for the opening four-plus minutes of the fight, with the Brazilian threatening submissions from Kara-France’s back. But the New Zealander shook free and broke into space in the final 30 seconds of the opening round, and blasted Bontorin with a series of heavy blows that sent him to the canvas, prompting Dean to wave off the fight with five seconds remaining in the opening stanza.

“After that, I got Matt Schnell fight; I took it with two weeks’ notice and I made a very good fight,” continued the Brazilian, who initially earned a unanimous decision win in the bantamweight contest. “(Following the fight) I got in a process with USADA and we found that my supplement was contaminated. I proved that over a four-month process, and even so, they turned my win to a no contest.

“And everyone who watched my fight with Brandon (Royval) saw that I did enough to get at least two rounds and a win.”

The loss to Royval feels like the one that eats at Bontorin the most, as the duo went toe-to-toe for 15 minutes, with the result of the bout hinging on the scoring of the opening stanza. Bontorin got the nod in the second on all three scorecards, after dominating the grappling in the frame, and Royval earned the same sweep in the third, landing the more effective blows throughout and matching his fellow Top 10 fixture on the ground.

But the first was tight, with Bontorin going two-for-two on takedown attempts, driving Royval to the canvas with force, but failing to advance positions or do any real damage, while the Factory X Muay Thai representative was clearly the more active, effective striker. 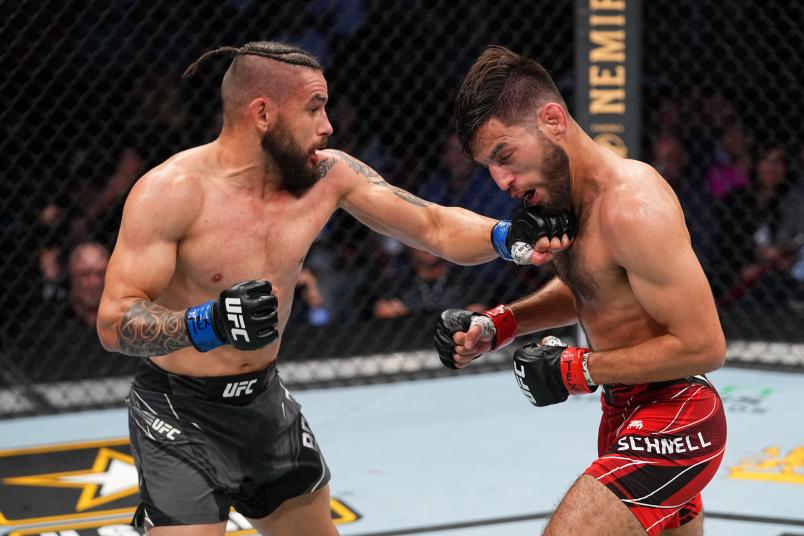 One judge scored it in favor of Bontorin, but with the other two tipping Royval, the verdict swung in his favor, leaving the Gile Ribeiro Team representative still searching for his first victory since the summer of 2019.

“In my mind, I know that my last three results didn't reflect what really happened in those fights,” added Bontorin. “I should be coming from three consecutive wins and probably being considered for a title fight.”

MORE UFC 275: Preview Every Fight On The Card | Five Reasons To Watch UFC 275  | The 16 Best Fights To Happen In Singapore

As much as the recent string of disappointing results have frustrated him, the former Dana White’s Contender Series competitor recognizes that he has an incredible opportunity in front of him this weekend when he steps in with Kape. 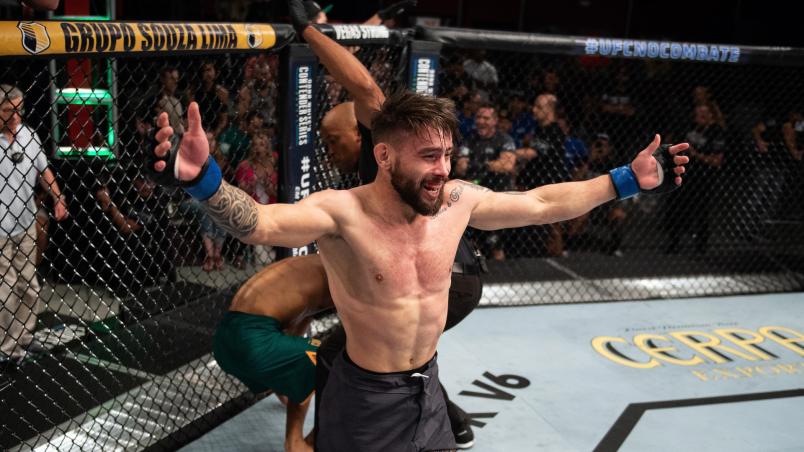 One of the more high-profile new arrivals in the UFC over the last handful of years, the former RIZIN standout Kape was pegged to be a contender in the flyweight division right out of the gate, but consecutive decision losses to Alexandre Pantoja and Matheus Nicolau dampened his buzz and forced him to regroup heading into the second half of his 2021 rookie campaign.

He got in the win column with a first-round stoppage victory over Ode’ Osbourne in August and followed it up with a similar result against Zhalgas Zhumagulov in December, sending him into his sophomore year on a two-fight winning streak, with a number next to his name, and once again boasting about being the biggest star and best fighter in the flyweight division.

“The next fight is always the most important fight in a fighter’s career and that's how I'm taking this next fight — as the most important fight of my career,” Bontorin said of this weekend’s matchup, which is positioned as the second fight on the pay-per-view main card. “I think he is a powerful striker and I really can't make mistakes in this fight. I need to stick to my plan and finish the fight when the opportunity presents.

“Manel Kape is a very good fighter, a heavy-handed striker who is very dangerous,” he added. “I think it's a good matchup for the fans; it'll be a hell of a fight.”

Despite the setbacks and disappointments, Bontorin remains undeterred, and once again sees Saturday’s contest as an opportunity to right the ship and start moving towards his goal of standing atop the flyweight division.

“I know that everything is in line for me in this fight, so I put everything into this fight camp,” he said. “My dream is to be the world champion, so I always knew I would have to be the best of the best to achieve it.

“I want a big win and two more fights to finish 2022 inside the Top 5,” he added. “I'll get this next win and I know I'll be in title contention talks soon.”