It's Only The Beginning For Bryan Battle

Winning The Return Of The Ultimate Fighter Was An Important Moment For Bryan Battle, But He's Aware That's It's Just The Start Of His Legacy.
By Gavin Porter, On Twitter: @PorterUFCNews • Sep. 7, 2021

Bryan Battle typically isn’t someone to pat himself on the back.

The North Carolina native prides himself on just being a normal guy who happens to be a badass fighter. But after winning middleweight portion of The Return of The Ultimate Fighter, he felt like it was appropriate to revel in his accomplishment a bit.

Battle has rewatched his submission victory over Gilbert Urbina and his celebration after the win every day since it’s happened. Every time he watches the fight, the perfectionist in him notices mistakes he wants to correct and then he goes quiet as he watches the submission and his reaction in the Octagon.

Best Moments From The Return Of The Ultimate Fighter | Everything TUF

It still feels surreal to Battle, and he could only think of one way to celebrate his life changing achievement.

“Collard greens, fried chicken, mac-n-cheese. I needed all the soul food,” Battle told UFC.com with a chuckle. “I’m talkin’ the stuff you’re dreaming about when you’re sitting in the sauna all dehydrated and hungry.”

It’s clear that Battle didn’t let his experience and success on TUF change him in the slightest. That was never something that Battle was worried about and he’s glad that he was someone that fans and viewers could relate to.

“It’s wild, because I’m the same person that I was before I left for the show, but the perception of me has changed,” Battle said. “I am proud. I’m just someone that people think they can relate to and it’s humbling. After the fight, it’s funny because I jump into my coaches’ arms and that’s when I cut it off. I don’t keep watching me do random celebrations, but with this fight it was just me. There were no thoughts, adrenaline was pumping, and my heart was being worn on my sleeve at that moment. I was happy that people appreciated me being vulnerable.”

A few seconds go by, and Battle laughs at the thought of him celebrating winning the competition. Then he apologizes for no reason.

“Let it be known that I want to fight in December,” he says. 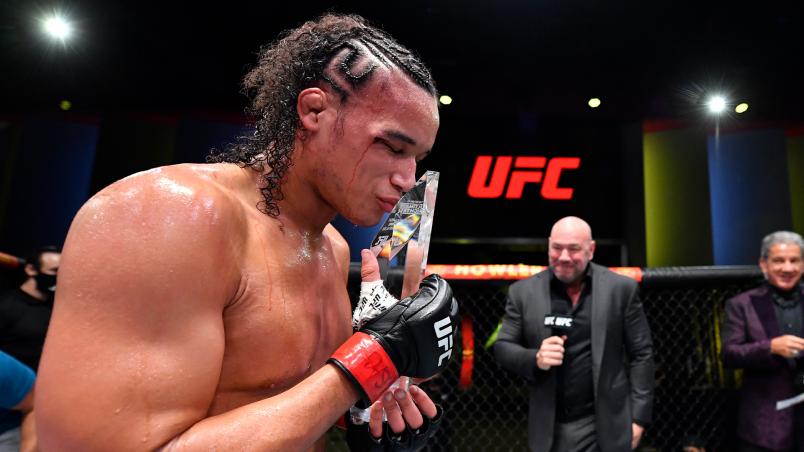 With the show behind him, Battle is excited for the next steps. He’s happy to have a UFC contract and he’s ready to start his true career in the Octagon. Battle also acknowledges that there is a little baggage that will follow him from TUF to Octagon as fellow TUF finalist Tresean Gore wasn’t able to compete in the finale due to an injury.

All that Battle needs to clear up that situation is a time, date, and location.

“I see it like I’m The Ultimate Fighter. Tresean couldn’t win the competition because he dropped out and that means I’m The Ultimate Fighter. He thinks he can beat me and I don’t like the thought of that because I know I can beat him. I know a lot of people think he can beat me, too, but they’re going to see me beat him if we fight,” Battle said regarding a potential bout with Gore. “The competition is over, that is behind me, and I am a UFC Fighter now. I have a contract. But beating Tresean would make a bigger statement than beating someone else. It would be an easy way to have a big fight as my first fight.” 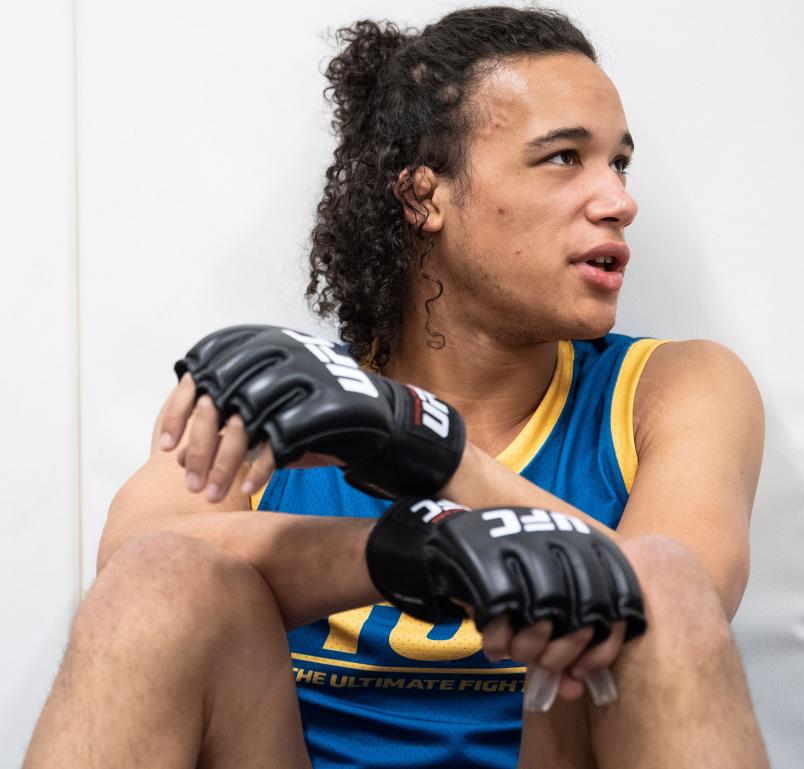 Battle waits backstage during the filming of The Return of The Ultimate Fighter at UFC APEX at UFC APEX on May 06, 2021 in Las Vegas, Nevada. (Photo by Chris Unger/Zuffa LLC)

Starting his UFC career off right is important to Battle, who has seen some TUF winners go on to disappear once they get into the UFC. That’s why Battle intends on being patient while continuing to develop his skills and elevate his game with each appearance in the Octagon.

That approach is going to be a big reason that when all is said and done, Battle won’t be known just as a winner from TUF; he’ll be remembered as a UFC champion.

“At the same time, there are some guys that won TUF and went on to become champions. I want to be a part of that group and I’m going to do everything I can to separate myself from the pack and establish myself as one of the best to do it.”