It's More Than A Game For Amanda Ribas

Amanda Ribas grew up on the mats. It's not just the fight game for her - it's a way of life. She'll attempt to earn a third consecutive victory at UFC Brasilia against Randa Markos
By Thomas Gerbasi, on Twitter: @TGerbasi • Mar. 13, 2020

When a fighter says they were born for this sport, it’s a claim usually taken with a grain of salt. That’s not the case with Amanda Ribas, who grew up on the mats, writing in her official UFC bio that, “Gloves were my pillows and my kimono, my blanket.”

Now, at 26, nothing has changed for the girl on the mats who became the woman in the Octagon.

“Whenever I finish training I love to stay on the mat, at the gym talking or watching training,” Ribas said. “It relaxes me. Many people keep telling me to go home, but for me from the bottom of my heart, at the gym I feel at home.”

That love translates into every segment of the Minas Gerais native’s life. You can see it in her ever-present smile as well as on fight night, and she has the 8-1 pro MMA record to prove that when you love what you do for a living, it’s not work.

There will be a double paycheck up for grabs this weekend in Brasilia, though, as Ribas steps into the Octagon for the third time to face Randa Markos, a veteran standout who may very well be Ribas’ toughest test to date.

“She is a very strong opponent, and I think her biggest strength is her strategy (on fight night),” said Ribas. “She manages to nullify her opponents' strengths well, and I think that's why she had some close fights.” 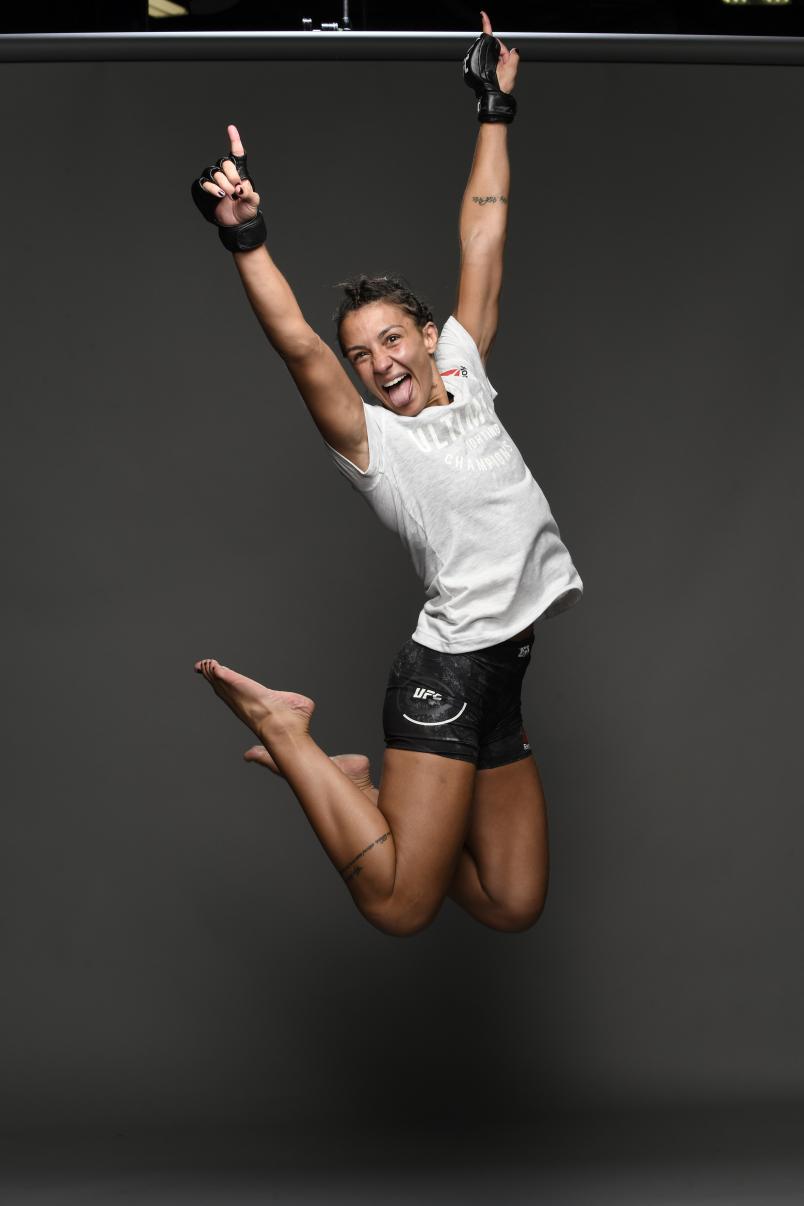 In 13 UFC bouts, Markos has a 6-6-1 record that includes the draw with Marina Rodriguez and four split decisions in which she’s gone 2-2. In short, no fight with the “Quiet Storm” is an easy one, yet Ribas embraces the challenge, one given to her after original opponent Paige VanZant was forced from Saturday’s event due to injury. The Brazilian isn’t giving up on seeing VanZant down the line.

“I hope that this was only a delay, because I'm still in for that fight against her,” said Ribas, whose first two UFC bouts saw her impressively defeat Emily Whitmire and Mackenzie Dern. Those victories, which extended her current winning streak to three, didn’t put her in the strawweight top 15, but beating Markos should do the trick. And, at the moment, that’s the goal, though Ribas does have her sights set on some big names later this year. 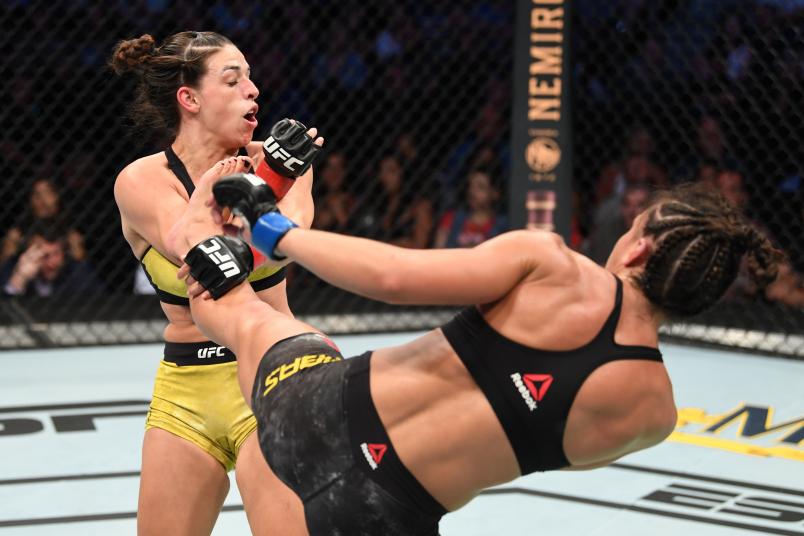 “First, I really want to win this fight against Randa,” she said. “After that, I will think  about fighting Paige, and that fight can even be at 125 pounds because in my division, I’ll have my eyes on who is going to win the fight (in April) between Carla Esparza and Michelle Waterson.”

Sounds like a plan. Maybe it wasn’t what she envisioned all those years ago to the letter, but close enough. Amanda Ribas was destined to be a fighter, and she couldn’t be happier.

“I really think that now is my time to shine,” she said. “It’s time to show the world why I came to the biggest organization in MMA, and I will be the best.”