On Saturday night in Las Vegas, “Starboy” will finally touch down inside the Octagon, as Manel Kape makes his long-awaited debut against Brazilian stalwart Alexandre Pantoja on the main card of this weekend’s UFC Fight Night: Overeem vs Volkov.

Long considered one of the top talents competing outside the UFC, the former RIZIN bantamweight champion signed with the promotion last March, but his first foray into the cage was delayed on multiple occasions. An August bout with Rogerio Bontorin fell through when the Brazilian suffered a broken ankle and this weekend’s pairing with Pantoja was initially slated to take place on the final fight card of last year before “The Cannibal” was forced to withdraw and the bout was pushed.

As a result, the 27-year-old newcomer arrives in Las Vegas eager to end the longest layoff of his professional career and begin his ascent towards the top of the flyweight division.

“I feel free. I feel free,” said Kape, the relief to finally be just a handful of days away from making the walk again evident in his voice. “It’s been a while, I’ve been training a lot — there were four camps that I did with no fight happening, so now that it’s finally happening, it’s an amazing feeling to be here, make my debut, and show the world what I’ve been doing.” 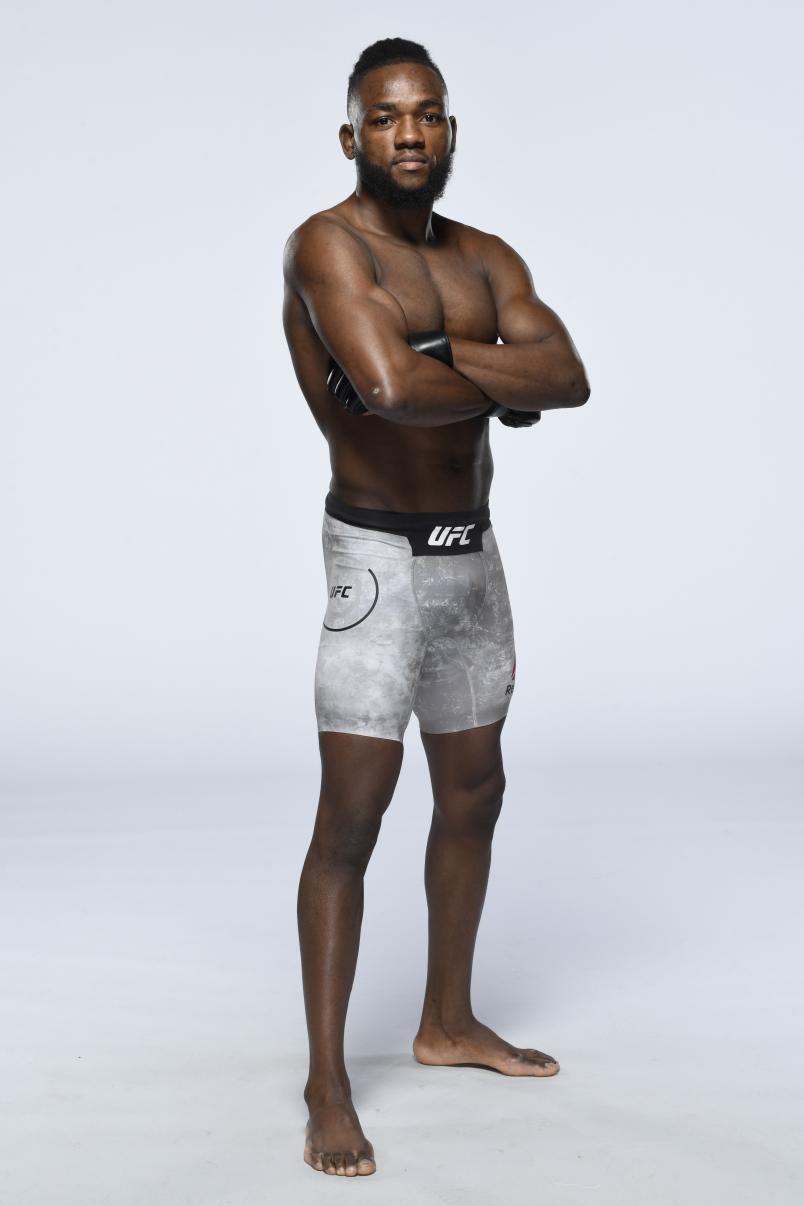 Manel Kape poses for a portrait during a UFC photo session on December 9, 2020 in Las Vegas, Nevada. (Photo by Mike Roach/Zuffa)

Though he’s been stuck on the sidelines since registering a second-round stoppage win over Kai Asakura on New Year’s Eve 2019, Kape has been putting his time to good use, especially over the last couple of months.

Born in the coastal African nation of Angola and raised in Portugal, Kape has spent the last two months training in the United States, shifting from his usual base at AKA Thailand with long-time UFC competitor Mike Swick to working with the crew at AKA HQ in San Jose, as well as putting in time at the UFC Performance Institute.

As he prepares to step in opposite Pantoja on Saturday, the confident newcomer says that he’ll continue to follow the same routine in future fights.

“I will keep my training there at AKA Thailand, but for camps, I will be here in America,” explained Kape, who carries a three-fight winning streak and 15-4 record into his debut on Saturday night. “I found an amazing coach and amazing sparring partners here.

“I thought I was good, but now I’ve improved a lot and I’m even better — more mature, smarter, a better athlete.

“We have more intensity,” he said of the difference between his two training situations. “I have better partners, better coaches because the coaches here have been in the fight business a long time and they show me new things. The little details make all the difference — in the intensity of the sparring, in the training — and what I have here is a bunch of training partners that all compete at a high level.”

While this weekend’s bout with Pantoja carries the potential to inject Kape straight into the thick of the title chase with a victory, the truth of the matter is that the dynamic finisher has already been thrust into the title conversation without having even set foot in the Octagon yet.

When this matchup was scuttled in December, Kape was tabbed to serve as the backup option in case either competitor in the UFC 256 flyweight title fight was unable to compete. Although everything went off without a hitch and Deiveson Figueiredo and Brandon Moreno combined to deliver one of the best fights of the year, Kape didn’t come away from the experience empty handed.

“For me, it was a big test to make 125; it was a long time since I did that,” explained Kape, who stepped on the scale the morning before the event and made championship weight. “It was difficult for me to make 135 pounds, but now I’m more disciplined, I have a nutritionist that works with me, and it was the best weight cut of my life when I was supposed to be a backup.

“I feel good and I feel like I can make this weight easy and fight at 135, so I’m here to fight, to put on a show, and to be a champion.”

Saturday’s contest should serve as a quality litmus test for the promotional newcomer, as the 30-year-old Pantoja has been a fixture in the Top 10 since arriving in the division following his time on Season 24 of The Ultimate Fighter.

Brandishing a 22-5 record overall and a 6-3 mark in his first nine UFC starts, including appearances against both Moreno and Figueiredo, the aggressive veteran is a tough out and dangerous dance partner for anyone looking to work their way up the divisional ladder and bolster their standing at his expense.

Not that Kape expects to have any trouble with the American Top Team representative this weekend.

“Fans can expect a master class, and a smart game,” he said when asked what those getting their introduction to his skills and abilities will see on Saturday night. “I want to show and I want to prove that I’m the best fighter in the world. 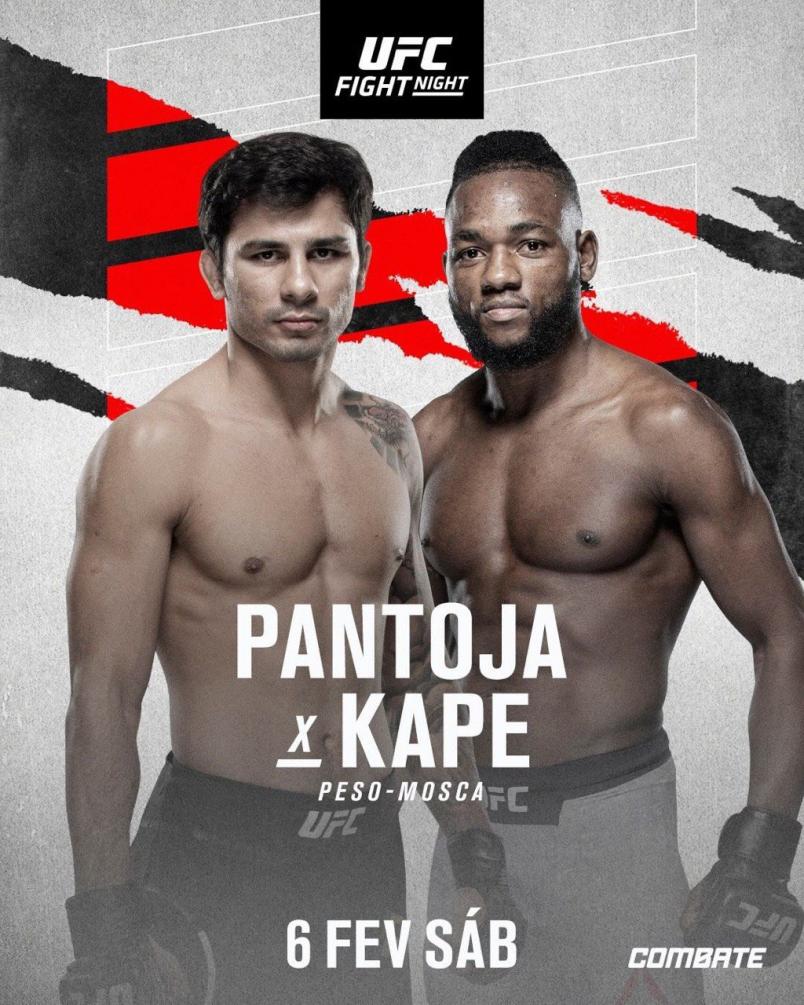 “The fight will be like this,” he continued, forecasting how things will play out between he and Pantoja. “In the first round, I will pick him apart —make him frustrated, break his nose — and then in the second round, I will knock him out, easy; this will happen.”

And after having prepped to potentially fight the two men currently waiting to run it back for the flyweight title last year, the newcomer is extremely confident that he has what it takes to beat either of them without much difficulty.

“They’re too slow and very predictable,” he said of Figueiredo and Moreno. “Deiveson has power, but I have power too and I’m faster, smarter than him. Brandon Moreno was a slower fighter, but exposed (Figueiredo’s) game a lot. I don’t see Brandon as the kind of guy that can be a champion, but that’s okay.

“I feel very, very confident against both these guys.”

Following a year where he was forced to watch from the bleachers and unable to ply his trade, the talented newcomer fully intends to make the absolute most of 2021 and finish the year standing atop the flyweight division.

“This year will be a blessed year for me,” said Kape. “Hopefully, by the end of the year, I have the belt. This is what I see, this is my goal, and this is what I’ve been working towards for such a long time.”