It’s Been A Long Time Coming For Aspen Ladd

Everything was falling into place nicely for Aspen Ladd in July. After a major knee injury kept her out of action for more than 19 months, she felt happy, healthy and eager to return to her Top 5 form in the bantamweight division. The weight cut – something that has admittedly been an issue in the past – was going better than ever, and she was ready to embark on the final parts of the cut before weighing in for her fight against Macy Chiasson.

But then, her manager walked into the room and let her know the news: Chiasson was forced out of the fight due to injury.

Ladd told UFC.com the moment felt “unreal” after all the hard work put in to get back to fighting shape. After weighing a few options, the bout was rebooked for October 2, and the ever-stoic Ladd is taking everything in stride.

“It works for me; It’s perfect,” Ladd said. “It’s the same opponent we’ve been preparing for forever, so it’s nothing new. It’s just an extended period of time.”

Related: Aspen Ladd Is Back Where She Wants To Be | Aspen Ladd Feels Grateful To Be Back In The Octagon

It’s been a stop-and-start period of time for the 26-year-old. After dropping a main event bout to Germaine de Randamie – her first professional loss – Ladd bounced back with an emphatic third-round TKO against Yana Kunitskaya in December 2019. She was lined up for a bout with Julianna Pena in March 2020, which was delayed due to COVID-19 and then scrapped altogether. Eager to return to action, Ladd signed up for a fight with Sara McMann. A week before that fight, she suffered her knee injury. 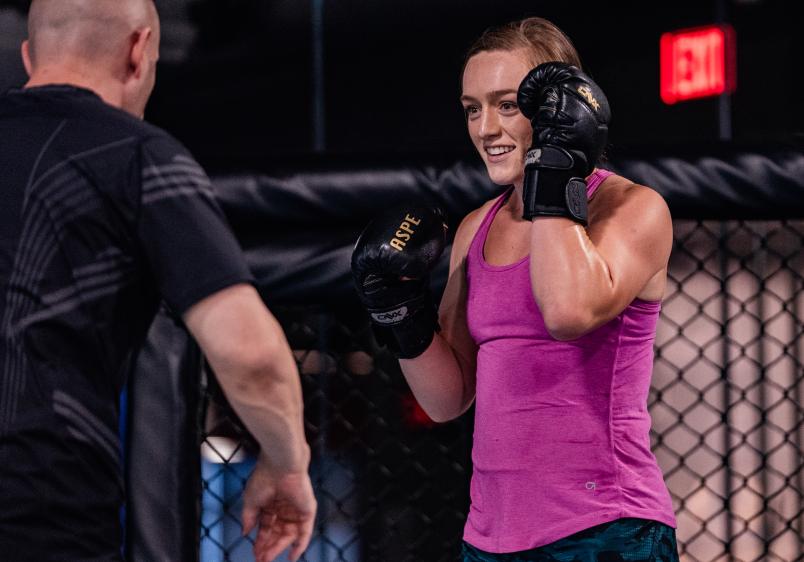 She exhibited patience during the recovery process but coming so close to her comeback fight to have it scrapped is all parts discouraging and exasperating. She credits her team at MMA Gold, led by her partner Jim West, in Northern California for guiding her along the process in a healthy and responsible way.

“I’m very fortunate to have very good coaches,” Ladd said. “I let them do all that and make sure I’m not being an idiot and doing things before I should, after I should, so we’re good.”

As if Ladd needed some more adversity ahead of this fight, she was forced out of her home for three weeks because of the fires in northern California.

After evacuating the area, Ladd stayed with family nearby, and she said that the fires got as close as a mile from her home. All told, everything was OK, and Ladd said it didn’t disrupt training too much other than the general inconvenience of not being in your home.

“I’m very lucky that I still have it (a home),” Ladd said. “I’m also lucky to have a great family, and I stayed with my grandma. Me and my dogs, everybody, and we’re good roomies, thankfully.”

One of the brighter spots for Ladd is that the top of the bantamweight division hasn’t seen a whole lot of movement or action in the last year or so. Since Ladd’s injury in June 2020, the Top 5 bantamweights have fought a combined eight times, and champion Amanda Nunes has only defended her featherweight belt in that time. 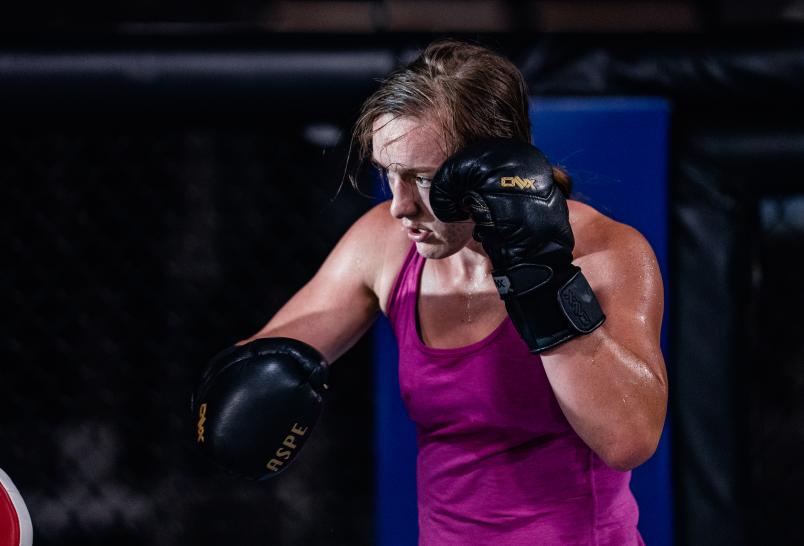 By and large, the landscape of the weight class looks radically similar since Ladd last competed. Although Chiasson isn’t as highly ranked, it’s a tough stylistic matchup and one in which Ladd can flex her own quality and set up a bigger fight afterward. In Ladd’s mind, though, there is no “next” as far as she is concerned.

“Every fight that I have is end of the world,” Ladd said. “I don’t really look beyond it. I’m sure there’s people in general that I’d like to fight, but it’s not something I’m going to think about until after this one.”

When asked about what she’ll feel when she finally makes the walk to the Octagon after about 22 months away, there’s some trepidation. Not about fighting, but just about not letting herself get too excited before the moment actually comes. Fair enough, all things considered.

When she does reach the walkout point in the UFC Apex, that’s when she’ll feel the jitters that she knows so well. Her face might not show it, but she understands the moment at hand. It’s been a long wait, but on October 2, Ladd is back to doing what she loves, and that’s all that matters.

“That’s the most nerve-wracking point in my life,” Ladd said. “That’s the only time that I ever feel nerves. Not even the hand-wrapping or any of that. It’s the walkout until the ref says, ‘Go.’

“It’s going to be an anxious moment. After that, it’s all good.”