It's always showtime for 'Cowboy' at open workouts

A lot of fighters just go through the motions at open workouts. But as UFC fans know, Donald "Cowboy" Cerrone is not like most fighters and fans in attendance at the Fight Night Pittsburgh Open Workouts in the Stout Training gym on Friday got exactly what they came for.

First came an all-out performance, flinging powerful leg kicks at the bags during his workout. Then, of course, were the sound bites.

“If they put my name on the headline I better go out and give some deliverance,” Cowboy said. “I’m here to be an entertainer first and I have to give the fans what they want to see.”

The fans saw a zoned-in Cowboy work up a sweat unlike any other fighter. As focused as he seemed, the truth is Cerrone feels more free and comfortable than any fight in recent memory. There’s no belt or potential title fight on the line when he takes on Alex Oliveira on Sunday night, which is the way he prefers to fight.

Cerrone said in the lead-up to his eventual title fight loss to Rafael dos Anjos that he didn’t care about the belt. He just wants to fight and make money.

What division he will ultimately fight in is the question that remains unanswered. Cerrone makes his 170-pound debut on Sunday but said he’ll fight wherever and whoever the UFC decides. Though he admits he’s enjoyed the weight cut - or lack thereof - for this camp.

“I had baby back ribs and mashed potatoes at TGI Friday’s last night, so (the weight cut) is easy,” said Cerrone, who has fought at 155 pounds his entire UFC career. “I love it. I can eat and drink whatever I want.”

Oliveira is also stepping up to welterweight after fighting at lightweight in his first four UFC bouts. The Brazilian Cowboy, who spent most of his teen years bull riding, took the fight on short notice and will make his main event debut in what is being touted as: Cowboy vs. Cowboy. 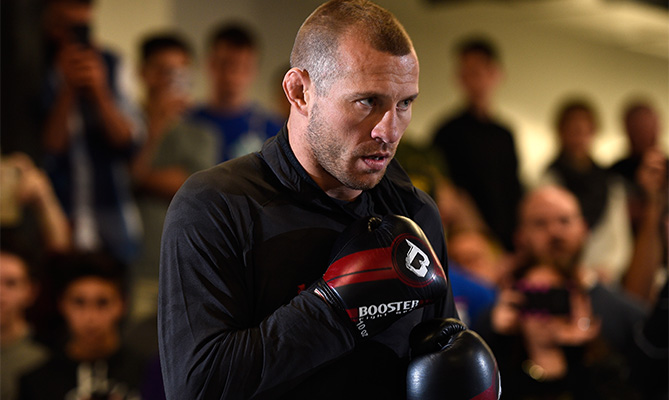 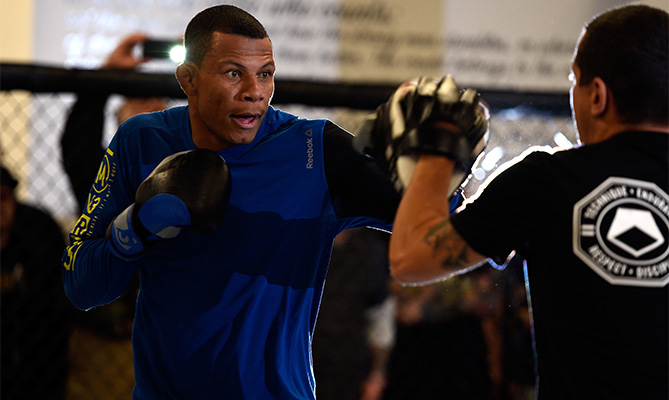 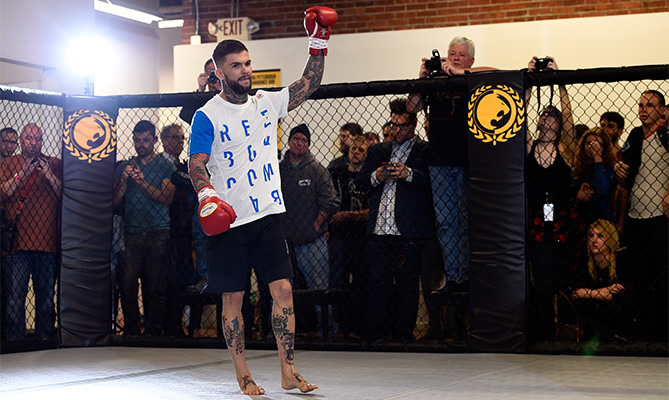 Much like Oliveira, the stage is set for bantamweight Cody Garbrandt to make a name for himself. He’s 2-0 in the UFC and his scheduled fight against No. 11-ranked John Lineker was his first big chance to prove himself among 135-ers.

Though Lineker got hurt last week and was forced to pull out. Garbrandt said nothing changed in terms of preparation when he found out Augusto Mendes would make his UFC debut and fill in for Lineker on Sunday’s main card.

“I stay in shape and am ready for that call,” Garbrandt said. “Who would have thought John Lineker would have gotten a mosquito bite and had to pull out.”

Garbrandt will be backed by many on Sunday, as his hometown in Ohio is just 90 minutes away. Withdrawing from the card when Lineker got hurt never crossed his mind.

“I wanted to stay on the card and fight for the fans. I had my pro debut (in Pittsburgh),” said Garbrandt, who was met by many cheers during open workouts. “I respect Mendes for taking the fight on short notice and he’s looking at it as an opportunity. I’m going to show him he picked the wrong opportunity.”

Don’t miss the main card on Sunday on FS1 starting at 9pm/6pm ETPT.