It's All or Nothing for Izabela Badurek

“I don’t like to play around. I go after my opponents, press hard, force errors and finish. I’m not a safe fighter. When I see an opening, I will take it. When I have to take the risk of losing position in order to go for a submission, I will do that.” - Izabela Badurek 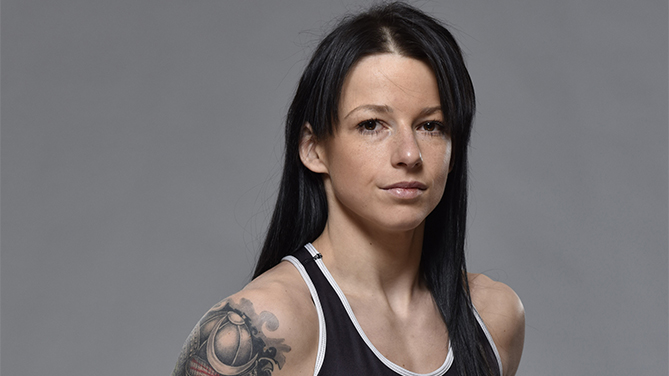 Poland’s second entrant in the UFC’s strawweight division, Izabela Badurek, is a lot like the first one, current 115-pound champion Joanna Jedrzejczyk. In short, she’s not simply happy to be here; she’s here to stay a while.
> READ: Fight Night Krakow Fantasy Preview

“I don’t like to play around,” Badurek said through manager / translator Tim Leidecker. “I go after my opponents, press hard, force errors and finish. I’m not a safe fighter. When I see an opening, I will take it. When I have to take the risk of losing position in order to go for a submission, I will do that.”

Through seven pro fights, the Lublin native has yet to back down from her stance, finishing all five of her victories by first-round submission, and when the UFC announced that it was visiting Poland for the first time, she was a natural for this Saturday’s card in Krakow.

“I really got the feeling that my career was changing for the better when I started working with Tim and Seba from Control Master last summer,” she said. “Even though a lot of those fights didn’t come to fruition, they had me scheduled in fights on some of the best events in Europe and even had offers to compete stateside literally within a few days.
"Of course it was a huge surprise when it actually happened, but with them as well as my new gym and training partners, this was something I truly believed could happen. For the first time in my career I really feel I have the support to reach my full potential.”
> WATCH: Gabriel Gonzaga vs. Mirko Cro Cop Preview

Matched with highly-touted Russian Alexandra Albu, Badurek faces a foe with an unbeaten record but plenty of mystery about her, with little footage available of her five pro wins. That could be a dilemma for some, but the Polish newcomer is confident of a positive result on Saturday. 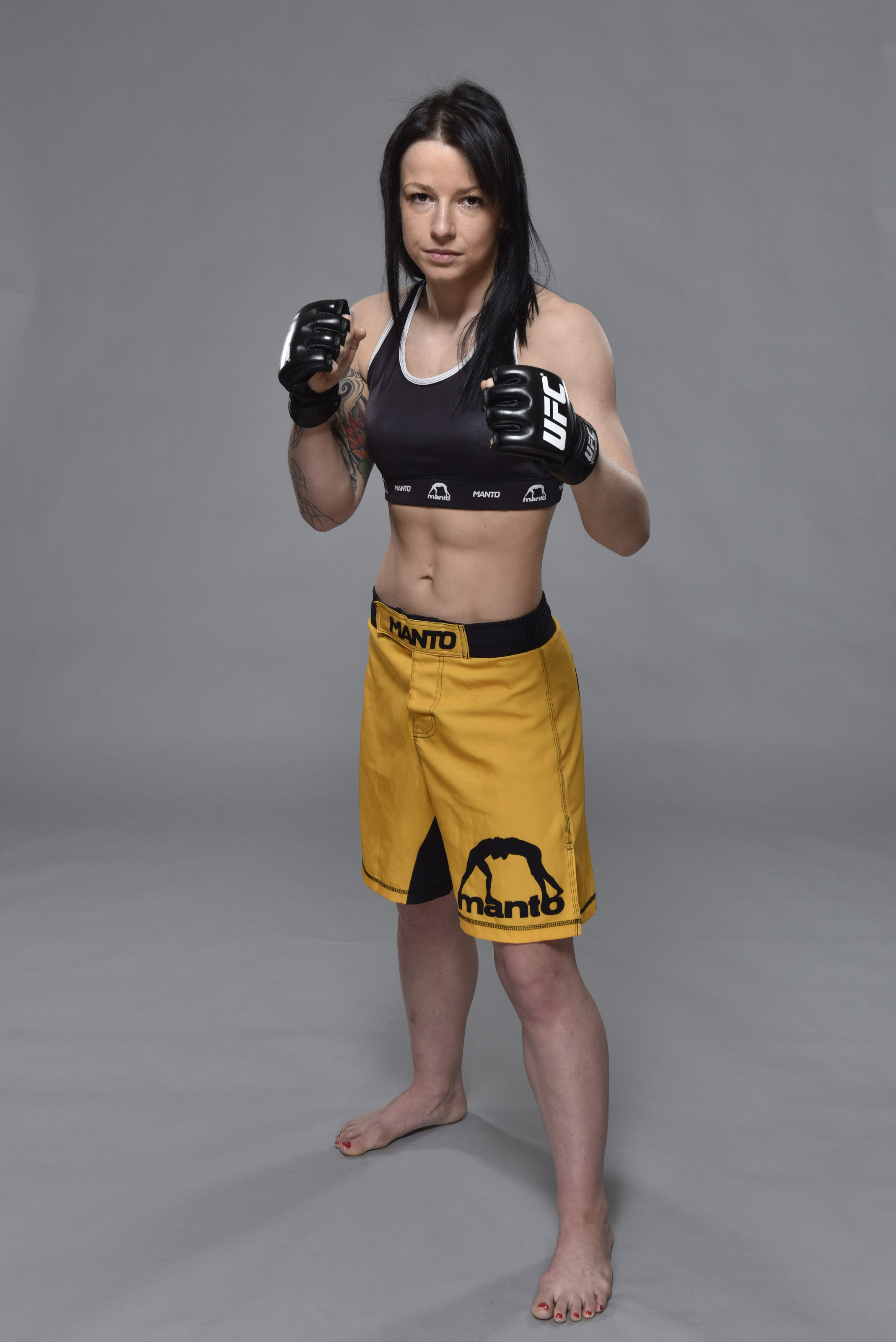 “From what I’ve seen, she’s a very powerful young lady who, like me, is dropping down from bantamweight to compete in the strawweight division,” Badurek said. “I expect her to be fit, fast and strong. She will be fighting me on my home turf, though, and the Polish fans will be screaming for me. I’m in great shape and I have a good rhythm right now. Since her last fight, I’ve competed four times, finishing my last three opponents in the first round. I plan on carrying that momentum into the Octagon in Krakow and extending that streak to four.”

Strong words, but they come from a place that isn’t reflected in just seven pro fights. More accurately, it comes not from seven fights, but from studying martial arts since she was seven years old.

“I started judo when I was seven,” she said. “I’ve been competing since I was eight. I’ve been on the tatami, on the wrestling mat, in the ring and in the cage for the last fifteen years. This is my job, my hobby, but also my passion. I would not want to change this for anything else - the UFC Octagon is exactly where I want to be.”

It’s a decision that could raise a few family eyebrows here in the States from parents just starting to see through the actions of fighters like Ronda Rousey that making a career as a mixed martial artist could be a reality. What about in Poland? 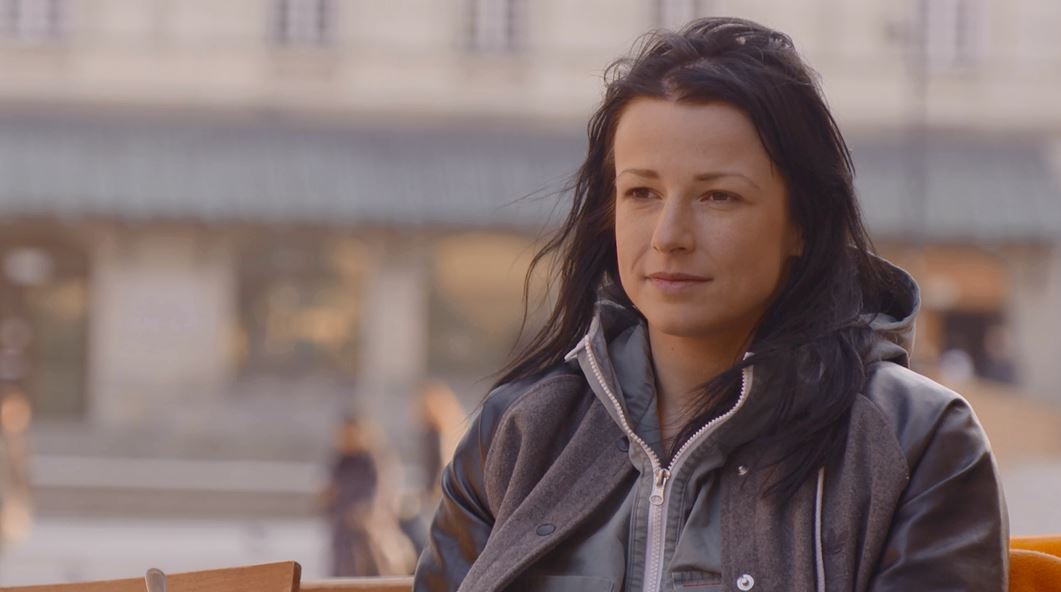 “I think they saw it as a natural progress,” Badurek said. “I started out in judo and progressed into wrestling and submission fighting and eventually mixed martial arts. Of course, every mother is worried about her child, but they saw that I was enjoying what I did, it was making me happy and I was actually quite good at it as well, so they’ve always given me their support.”

And as Badurek points out, Poland has not just accepted female MMA, but supports it wholeheartedly.
> Izabela Badurek Fighter Profile

“Fortunately, our scene is pretty open-minded and progressive when it comes to women competing,” she said. “We’ve had a lot of female fights on every major Polish event for the last three years before it became ‘en vogue’ elsewhere in Europe.”

It’s a scene that produced Jedrzejczyk, a former Muay Thai ace who transitioned to MMA and went on to win her division’s biggest prize, a UFC world title, in March when she defeated Carla Esparza. It was a big deal not just for Poland as a whole, but for Badurek in particular.

“I was very happy for Joanna,” she said. “We were actually training together before her last fight and she is just a very sweet and kindhearted girl that has been working super hard for this. She has run the gauntlet of really some of the toughest and most dangerous opponents around, both at 115 pounds and also at 125 pounds, so she absolutely deserves this great success.” 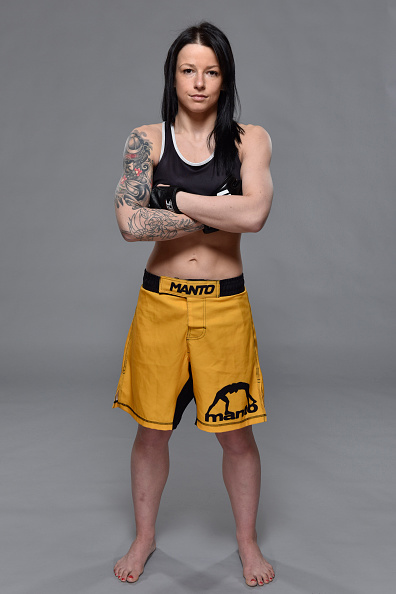 And while the two have trained together, they are also in the same division, and in a sport where everyone wants to hold the belt and be called world champion, if Badurek makes a splash in the UFC on Saturday and continues to win, there will be talk of an all-Polish clash. So hypothetically, what would a fight like that mean for the country?

“First of all, I think that would mean that she will hold on to the belt and establish herself as a dominant champion and I would get off to a successful start into my UFC career as well,” Badurek said. “Although you can see how fast it can happen, I think it would be really premature of me to talk about challenging for that belt. I first need to prove that I have what it takes to compete with the best there are inside the Octagon and beat them. Should it come to such a fight between two Polish girls fighting for the belt, I’m sure that would be huge for the fans and the country.”

It’s an honest and classy response, and when you add in her aggressive fighting style, you get the idea that UFC fans will treat Badurek just like they do Jedrzejczyk – as one of their new favorites. Then again, those in Krakow Arena this weekend are already on board and ready to start cheering. Is Badurek ready?

“I don’t think this is something you can really prepare for,” she said. “When I walk out to thousands and thousands of Polish fans screaming, my music playing and the Biało-Czerwona (Polish flag) flying, I’m sure I’ll have goosebumps all over my body. I hope I can make these fans happy by giving them something to cheer about.”