It’s All Coming To Fruition For Ramiz Brahimaj

Never once did Ramiz Brahimaj second guess that he’d make it to the UFC.

He didn’t question his dream when he found out that he had a tumor behind one of his eyes just days before an opportunity to earn a contract on Dana White’s Contender Series, and his faith certainly didn’t waver when he suffered a grizzly injury to his ear in his UFC debut.

But Brahimaj bounced back in a big way once he returned from that injury, submitting Sasha Palatnikov in the first round at last August.

“It was a rollercoaster of emotions,” Brahimaj told UFC.com. “I had the surgeries and the incident that took place with my ear in my UFC debut, so to come back and get a statement finish like that and my first win, my first finish in the UFC, I’m looking to build off of that.”

Getting that first UFC win gave Brahimaj validation and reminded him that he deserves to have the UFC logo across his chest. That was an important feeling to have for Brahimaj, who grew up in the Bronx, NY with dreams of stepping inside the Octagon. 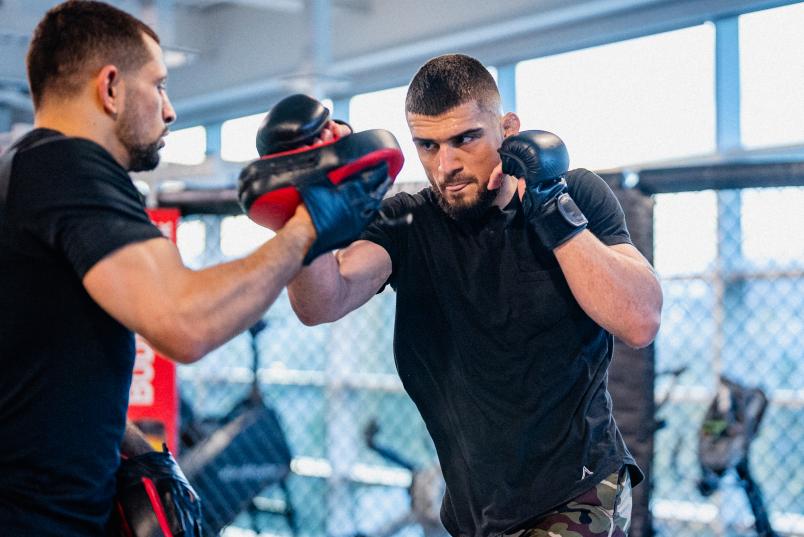 “I got into this sport to get into the UFC and to reach the pinnacle of combat sports,” Brahimaj said. “Since I was young, this is all I would watch and I would say that someday, somehow, I’m going to do it. I’m going to get to the UFC and leave a mark. I know that you’re going to have a bunch of tough fights, and the higher you climb the ladder, the harder the opposition gets. It’s something that I’ve prepared for my entire career, and I look forward to it.”

A showdown with veteran Court McGee at UFC Fight Night: Kattar vs Chikadze is next on the docket for Brahimaj. It’s the type of fight that motivates Brahimaj and one that the 29-year-old knows could open some doors.

When McGee makes the walk on Saturday it will be his 19th time doing so under the UFC banner. Brahimaj knows that McGee’s experience is something that he has to take into account and negate.

“His knowledge, he has a lot of Octagon time in there. I must consider that. Sometimes maybe if somebody is not there physically as they get older in their career, one thing that they do is substitute that physicality with his mentality 100%,” Brahimaj said. “I got to be cautious of that and aware and really take him out of his rhythm and bring him to places he hasn’t been before.”

It’s been incredible to see Brahimaj bounce back from adversity time and time again, and two and a half years later, the welterweight prospect is truly coming into his own.

“I’ve been manifesting this for a while,” Brahimaj said. “it’s amazing to see it all coming to fruition.”