It's all business for Lauzon during fight week 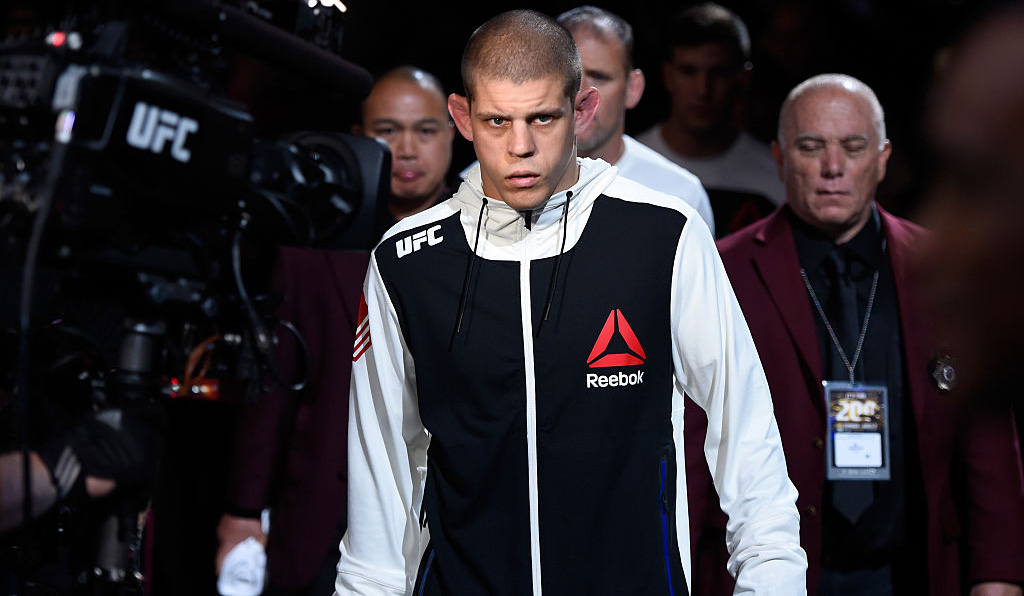 Joe Lauzon walks to the Octagon at UFC 200 event on July 9, 2016 in Las Vegas, Nevada. (Photo by Josh Hedges/Zuffa LLC)" align="center" />Not much has changed for Joe Lauzon since his first UFC fight night in September 2006. Sure, he’s a husband and father of two boys now, and he won’t have to go back to an IT job on the Monday after his Saturday bout against Chris Gruetzemacher. But when it comes to the nuts and bolts of fight week, Lauzon is Mr. Reliable.

“It’s another fight, another big weekend,” he said of his time in Brooklyn. “It’s definitely cool to fight in New York, especially since it wasn’t allowed for so long, so that part of it’s really cool, but it doesn’t change anything. I walk out and it doesn’t matter if we’re in New York, we’re in Boston, we’re at my gym, we’re in Japan, we’re in California; it’s always the same. It’s cool to have all these different experiences, but it’s a work week. Everything is about the fight. We’re not doing anything fun or anything cool. At most, we’ll go to the movies on Wednesday or something, but it’s a fight trip. Stay in the room, hang out and get ready for a fight.”

Maybe that’s why he’s been on the UFC for over a decade, competing in the Octagon 25 times while compiling the most bonuses in the promotion’s history, a record he holds with his Ultimate Fighter 5 cast mate Nate Diaz. It’s a run of excellence that has garnered him a huge fan base and the respect of his peers, with the New England contingent of MMA fighters looking at him not just as a fellow competitor, but as an example of how to handle oneself in this business.

“I’m aware of that, and I try to do my best for all those guys,” said Lauzon. “Obviously I care about those guys’ fights quite a bit and I put the time in to help them out as much as I can, but it’s been no different with all the other guys in my gym since the beginning. I feel like I’ve kind of had that role as a captain or a leader in my gym forever, long before it was Lauzon MMA. For whatever reason, I’ve just made good decisions or maybe it’s just stupid, blind luck. (Laughs) But I feel like I’ve always been ahead of the curve a little bit.”

On Saturdays at Lauzon MMA, the proof is right there, as the New England UFC squad files in, but make no mistake about it, the 33-year-old is still a fighter, and he plans on keeping that title on his tax return for as long as possible, despite back-to-back defeats to Stevie Ray and Clay Guida.

What is to come is Saturday’s bout with Gruetzemacher, a fighter likely to charge at Lauzon hard as he looks to snap his own two-fight losing skid. That’s just fine with the Massachusetts veteran.

Sounds like someone who’s been here before. And just like all those other trips to the Octagon, Lauzon admits that training camp can be rough, but fight night makes it all worth it.

“Fight night is always fun,” he said. “Sometimes you have fights that aren’t fun, but fight night itself is always fun. You go through months of training and hard, really crappy practices where you’re just getting beat up, and it’s a lot of work. I love training and I love going to the gym, but anyone who says they don’t have training sessions that they hate is lying. You have crappy days where you don’t feel great, but you gotta push through, and on fight night, it’s the payoff for doing stuff that you didn’t want to do. All that work comes down to fight night, and it’s nice. It’s a relief. I feel like once you step on the scale and you make weight, at that point all the work is done. It’s a hundred percent fun from that point on.”

So, Mentor Joe, any advice for the up and comers of the game?

“Anyone that is fighting and they don’t love fight night and the actual fight, they should not be here,” he said. “They should find something else to do.”