It Has To Start With Confidence For Jordan Leavitt

After Suffering His First Career Loss, Jordan Leavitt Focused On His Preparation And Mentality Ahead Of His UFC Fight Night: Lewis Vs Daukaus Showdown With Matt Sayles.
By Thomas Gerbasi, on Twitter: @TGerbasi • Dec. 16, 2021

Jordan Leavitt’s second UFC fight didn’t go as planned. But after losing a decision to Claudio Puelles in June, the lightweight prospect didn’t let the first defeat of his pro MMA career put him in a dark place.

“After my fight, I went on a date with my wife and just chilled,” Leavitt said. “Right after, less than five minutes, I got done talking to the doctor, my wife called me and the first thing she said is, 'Do you feel better?' I said, ‘I feel good.’ 'Good, I feel good about it too.' And then we went about our day because sometimes, it's just not your day. I wasn't gonna stress out too much about it. I had all success up until this point, so there's no reason for me to think, 'Oh, I'm not a good fighter, I'm not this, I'm not that.' And for a long time, I was worried that no one would think I was good anymore, that all my past successes were just my luck. And it was nice to realize it was not the end of the world for me.”

It shouldn’t be, as everyone loses at this level of a sport where there are a million ways to do so. So to make it to the UFC and bring an 8-0 record into your second Octagon fight is impressive. And to further Leavitt’s case for being right where he deserves to be, don’t forget that he debuted with a 22-second slam knockout of veteran standout Matt Wiman. That introduction led to heightened expectations for the Puelles fight, but Leavitt wasn’t playing into the hype.

“I never really let the whole Wiman thing get to my head,” he said. “I just feel like that fight, even though it was a really big success for me and brought a lot of attention to me, I just feel like it didn't really represent my style particularly well. So everyone was holding me to this very strange standard - he's brutal, he's this, he's calculated. I didn't let it get to my head because it didn't really seem that way to me. It was a good fight, I thought I was gonna win no matter what, but when I won it in highlight reel fashion, I treated it more like a highlight - it didn't really get to my head. So when everybody was hyping me up and I was getting all these videos and interviews, everybody wanted to talk me and it was kind of jarring for me. And one thing I appreciate about losing is not too many people are talking to me anymore, so it's nice.”

He laughs, but if the media has stepped back from talking to “The Monkey King,” that’s a mistake, because the Las Vegan is as compelling a figure as there is at 155 pounds, and not just because he can pull off a date night after a fight with a baby at home (thanks to his mother-in-law for that one). What makes Leavitt a must-see on fight night is his talent and style, and what makes him a must-watch pre-fight is his honest approach to the game and his place in it. That honesty is often hard to come by. 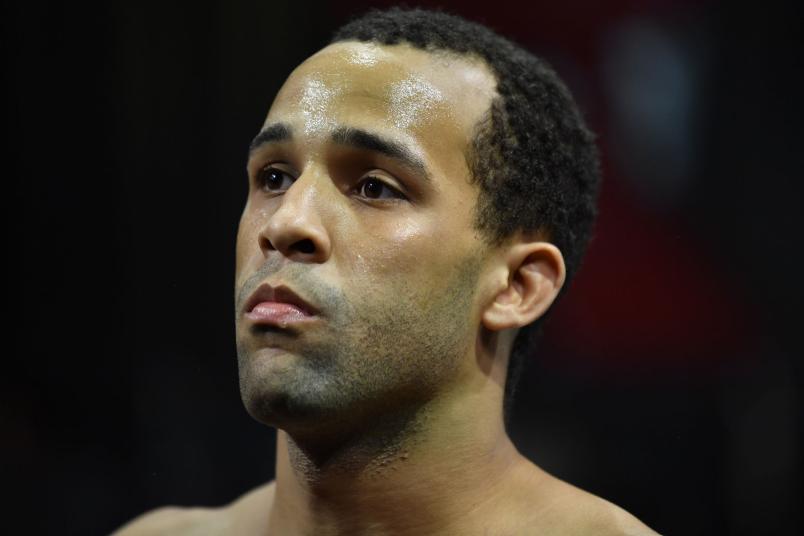 “It's pretty difficult,” Leavitt agrees. “I feel like for a lot of people a certain level of arrogance is important for you to perform correctly and perform well. But I'm not that type of person who could trick myself into being confident. It's probably from my upbringing and some trauma there, but I've always had really low expectations for myself, so whenever I walk out there, as the fights go on, I kind of convince myself that I belong there. Because a lot of the time, it's the week of, you're not working out because you can't get hurt because you're cutting weight, and then you get all those hate messages and people are checking up on you and worried about you, saying, 'Oh, I'm praying for you,' and it kind of makes me doubt myself a lot. So I feel like on fight night I always have to convince myself that I belong there. And as time goes on, I get more confident.”

RELATED: There Is Only One Derrick Lewis | Chris Daukaus Ready To Lay Down The Law | It's 'Do Or Die' For Charles Jourdain | Fighters On The Rise

The 26-year-old Dana White’s Tuesday Night Contender Series graduate should be, but a win over the returning Matt Sayles will likely amp that confidence level up heading into the new year, and if he needed any pre-fight help, a recent Instagram post noting how well his sparring at Syndicate MMA was going also put him in a good headspace heading into this weekend’s bout.

“I've always shied away from super hard sparring because I've always tried to look out for my health and everything,” he admits. “But then I would get into the fight and I wasn't confident in my durability. What if I lose my cool under fire? Then I was 13 minutes into my last fight, and he's trying to hit me super hard. And I'm like, why am I stressed out about this? I do this 20 rounds a week, so I've been prioritizing hard sparring and I've been boxing a lot more to get me confident taking the shots. So I feel pretty good.”

And ready for 15 seconds or 15 minutes with Sayles. As for the confidence thing, he’s gained plenty of it training with the killers in his gym. Now he just has to make sure he’s not too confident on fight night.

“For me, it's almost to the extreme of that,” he said. “I go in there and I'm not worried at all. No adrenaline, I'm like, 'Whatever, who's this guy?' (Laughs) And then I lose. My last camp, I trained with Merab (Dvalishvili), who's amazing. I trained with Aljo (Aljamain Sterling), I trained with Dan Hooker. I'm surrounded by top fivers all the time, so I go into my fight, and I'm like, 'Oh, I'm prepared.' But we don't fight on paper. We fight on that fight night. So even if you think you're a better fighter, you have to be a better fighter on that night. So I have to artificially give myself some anxiety about it. I'm confident in my preparation, but I still gotta have some nerves for me to go out there and execute to the best of my abilities.”