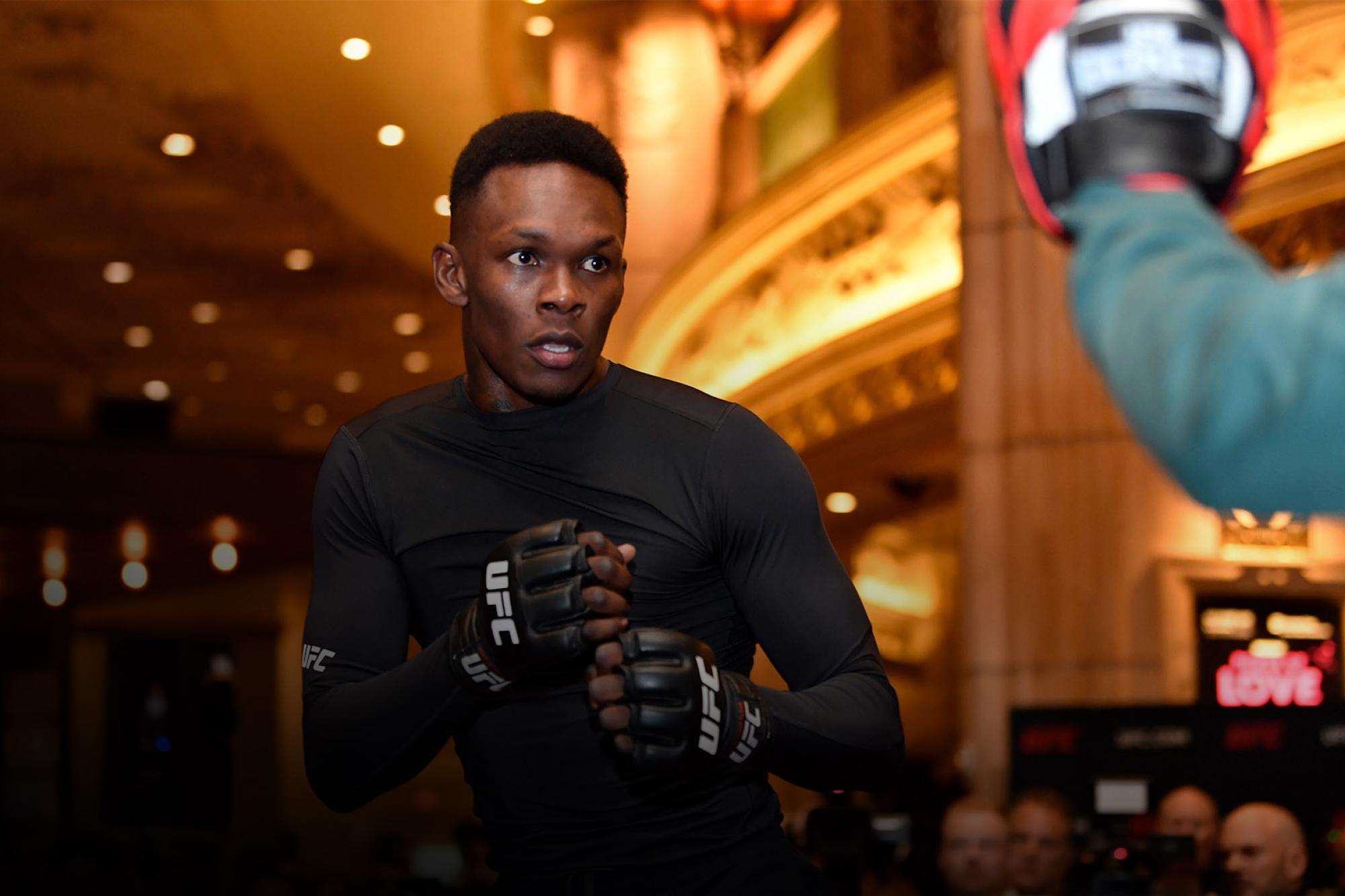 Israel Adesanya Walks Through The Fire

Not much changed for Israel Adesanya when he finally won the belt. He had been preparing to be champ for so long, it's as if he already was.
By Zac Pacleb, on Twitter: @ZacPacleb • Mar. 6, 2020

Few fighters are more methodical about their UFC journey than Israel Adesanya.

Before stepping up to the Octagon, he made it a point to sharpen his all-around skills, fighting in regional circuits for the better part of the 2010s, but when he did make that debut a little more than two years ago, he hit the canvas sprinting.

And yet, after emphatically claiming the undisputed middleweight title in front of a record crowd in Melbourne, Australia, the Nigerian-born New Zealander didn’t anticipate the emotion – or lack thereof – that washed over him in Marvel Stadium.

“I was expecting something to be different,” Adesanya told UFC.com. “Like, ‘Oh, you’re the unified champ now.’ It was like, I’ve always been the unified champ … It just felt regular, literally. I beat Robert (Whittaker), and I was like, ‘Oh, cool. I defended the belt. Cool, next.’”

Throughout Adesanya’s journey, he continues to show a propensity to rise to the occasion. Whether it’s dominating Whittaker in front of over 57,000 fans, taking over in the fifth round against Kelvin Gastelum or matching Anderson Silva physically and verbally, “The Last Stylebender” continues to check every box.

For him, though, his TKO win over Derek Brunson in Madison Square Garden at UFC 230 proved to be a pivotal point for him.

“I stole the show, for real,” he said. “How that all transpired, that was perfect, and I just knew, yeah, this is my moment. This is me.”

Since then, Adesanya seems to willingly embrace every part of the experience and has that “it” factor people talk about when discussing fighters who could cross over into the mainstream public’s consciousness.

“A lot of people don’t accept it,” he said. “They had it, or they have it, but they shy away from the light, but when you know, you know. You stand there, and you just take it. You soak up the light. My melanin is supposed to soak up the light, so I embrace the spotlight.”

The best way to build up one’s star power, though, is to win, and the next person trying to hand Adesanya his first loss is Yoel Romero, an athlete as explosive as any on the roster. That reputation is why Adesanya was attracted to the bout, and when the two finally faced off in early February, he said it allowed him to break down any myths he might’ve had of the “Soldier of God.”

Although his confidence is unwavering, the approach does alter a little bit, according to his coach Eugene Bareman.

The City Kickboxing boss said previous camps have used a lot of “war connotations or comparisons” when it came to the mental preparation. Against Whittaker, the idea circled around national pride, going into another country and taking what they believed was theirs. With the belt now in hand, that defending mentality requires a different frame of mind.

That’s not rattling Adesanya’s cage, though. As conscious of his own narrative as anybody in the UFC, Adesanya knows adding another ruby to his belt by way of beating Romero could prove as meaningful a victory as any of them. That said, Adesanya said he wants to impress himself more than anything.

Openly talking about goals of being an active champion and defending multiple times in a year sounds like a pleasant and exciting way to build a career, but Adesanya is also well aware that none of that legacy building can happen without first taking care of Romero.