One look at Israel Adesanya in the Octagon and it’s clear that he is one of the most interesting fighters on the UFC roster. Look at the middleweight champion outside of fight night, and when it comes to a character study, he may be the most intriguing mixed martial artist out there today.

Think about it, in the space of less than three years, Adesanya has gone from relative unknown to international star, complete with a world championship, pay-per-view headlining gigs and the cover of the EA UFC 4 video game.

So how’s it going? 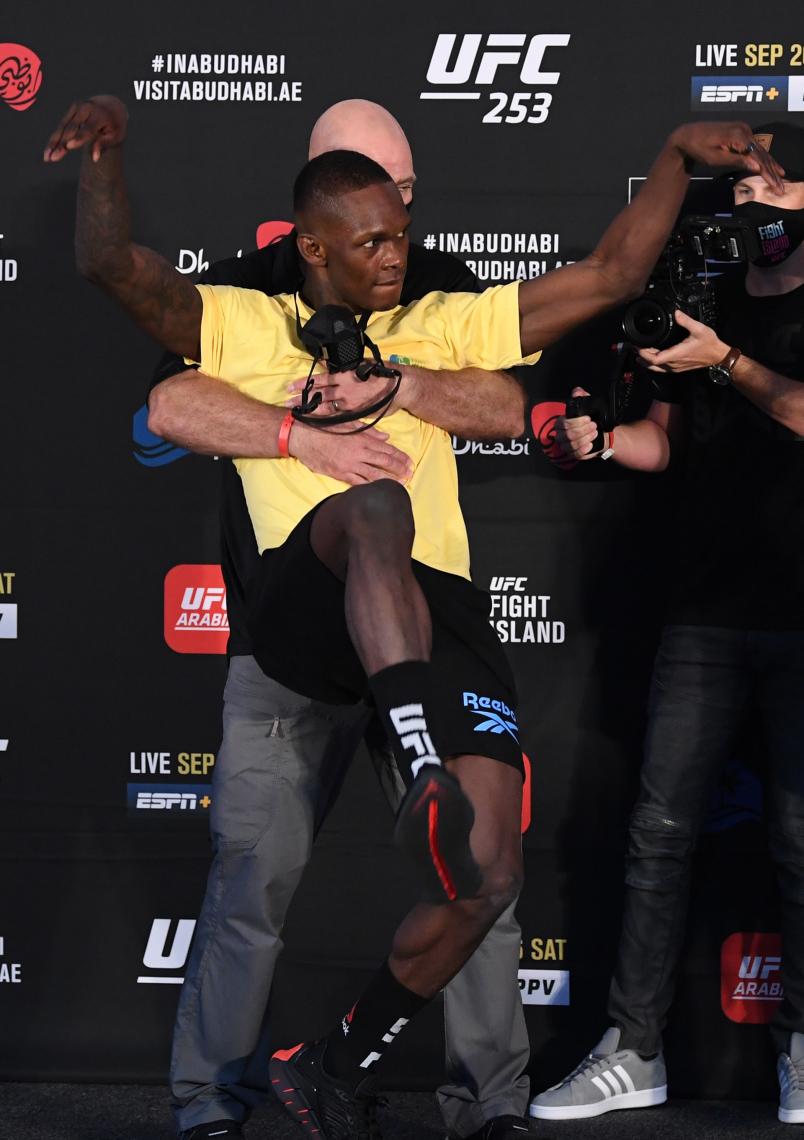 There hasn’t been much time for that these days, as he prepares for Saturday’s UFC 253 main event against Paulo Costa. It’s been all work, mainly in the City Kickboxing gym with his teammates and coaches, sequestered from the outside world as they prepare for battle. And when there’s no training, there are media obligations, photo shoots, staying on top of social media and doing the things stars do in this game.

It’s been a remarkable rise, Adesanya reaching this point of being an undisputed champion one fight before Conor McGregor achieved the feat in 2015. And though the Nigeria native believed this would all happen, even he’s surprised at how fast he made it to the top.

“Yeah, I expected it, but not this fast, to be honest,” he said. “I was probably about six months ahead of schedule.”

Six months. Well, maybe with the COVID-19 pandemic slowing the world down, Adesanya is right on time heading into his clash with Costa, the Brazilian powerhouse who has seemingly gotten under the champion’s skin, and vice versa. But according to Adesanya, Saturday night’s business is just that, business, not personal.

It may be hard to believe given the harsh words traded between the two over the last several months, but if we’re looking at the New Zealander’s body of work, it’s hard to find any instance of him letting emotions get the best of him, though he admits that wasn’t always the case.

“I've lost my cool, definitely, in the past, and I learned from it,” Adesanya said. “But it's experience, it takes time, and when you play this game long enough, you learn a lot about yourself, your character, and a fight, in general, it’s not personal. I don't know this guy at all. I don't know who he is as a person, so why would I give a f**k about his views or the way he conducts himself or anything he says about me? It doesn't mean anything to me. So it's not personal, and it's not gonna be an issue keeping cool.”

What may be an issue for Adesanya is finding the next challenger who can get him up out of bed in the morning and motivated for another training session should he vanquish Costa this weekend. At present, he’s beaten six of the top 15 at 185 pounds, with the top ten contenders he hasn’t fought - Jack Hermansson, Darren Till, Chris Weidman and Uriah Hall – at least a couple wins away. But there is one contender he believes is in the running for a crack at the crown sooner rather than later.

“There's one more I'm really interested in and that's Jared Cannonier,” Adesanya said of the No. 3-ranked American.

So motivation isn’t an issue, then?

It’s why he doesn’t look back at his 2019 Fight of the Year win over Kelvin Gastelum as the best of his career. Simply put, there’s more career to go before he can make that call on a fight for the Last Stylebender time capsule.

That’s a great description because given his rapid rise and his current status in the fight world, it’s almost like Adesanya is living a movie. What’s the review so far?

“Did it live up to the hype?” he asks. “It did, and more, in good and bad ways. It's just learning how to adapt to a new lifestyle and the whole fame thing. No one teaches you how to be famous. You always learn something new in this game and in this lifestyle. It's adapting and overcoming and I'm good at that.”