Israel Adesanya: “I Want To Do Something Spectacular”

Israel Adesanya has only been in the UFC for four years, but it’s clear he’s one of the greatest to ever set foot in the Octagon. The middleweight king has defended his crown four times and remains undefeated at 185 pounds.

Greatness is more than just a numbers game, however, and “The Last Stylebender” has an elegance and sophistication of striking not seen before in MMA. And the 32-year-old assures us his unique skills will be on full display in his bout against Jared Cannonier at UFC 276.

“I want to do something spectacular,” states the Nigerian-born Kiwi. “I’m headlining – I’m not going to disappoint. Expect the unexpected. You’re going to see me at my best. I want to show off. I don’t care about wins or losses anymore. I don’t care about belts. It’s not about money anymore. I know when I show off and have fun that I’m the best in the world.”

Adesanya’s journey to the top started many years ago when, as he puts it, “fighting found him.” After training in Muay Thai and watching Anderson Silva in action at UFC 90, he believed he could also be destined for greatness if he put his mind to it.

Now, following a successful kickboxing career and sporting an MMA record of 22-1, the New Zealand icon has gone a long way towards proving his point. During the quieter moments, his achievements surprise even himself. Like recently, when he decided to check message requests on Instagram and saw he’d been contacted by some of the most famous folks on the planet.

“I’m surprised at some of the people who know who I am,” says Adesanya. “Actors, athletes, actresses. There’s all these blue ticks. I get surprised at the status I’m at right now. [But] I’m not done yet. Nobody can tell me I can’t do s**t. If I want to make something happen, I manifest it. I know the power I have within me.”

Adesanya is quick to praise those who’ve helped him realize his dream. His parents, while initially unsure of his decision to become a fighter, have always supported him no matter what. Then there’s the team at City Kickboxing – in particular, Eugene Bareman.

Bareman, a former fighter himself, founded the Auckland gym in 2007 with Doug Viney, and together they’ve made it one of the most respected in the sport. Training some of the best combat athletes on the planet as it does, the modest facility on an industrial estate is no longer a secret.

“Eugene is the guy who helped me with my style,” explains Adesanya. “He never made me fight like him. He never made kick like him or jab like him. He just watched what I did and worked on what I did well. He gave me core principles in fighting that are ingrained in my muscle memory to this day. He’s instrumental.

“I can jab people from weird angles. He’s taught me to catch people off rhythm and beat. It’s details. And feinting, too. We changed the game with feinting. We elevated the game. People are trying to copy what we do. Eugene made that happen. He’s a wealth of knowledge. And he’s gathered [other] people with knowledge.”

The champ likes to give back to those around him when he can, though he usually doesn’t talk about it. For his title defense against Cannonier at UFC 276, he’s paying for flights and accommodation for a group of young fighters from City Kickboxing to attend the event in Las Vegas. 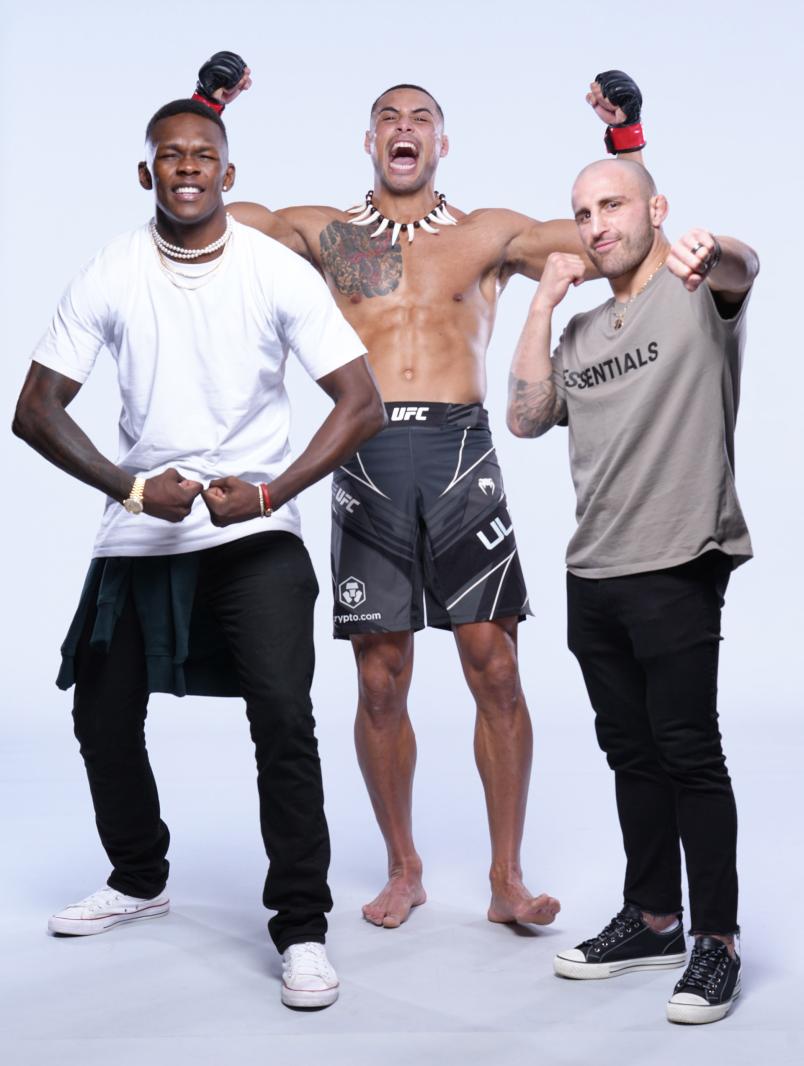 “I don’t publicise my philanthropy, but for this fight I’m flying out a few people,” he admits. “I just feel like they are the young people at the gym who I would like to be inspired. I don’t want them to miss out. I’m doing that to help them. It feels good to make them feel good. I guess that’s selfish, but that’s a good reason to be selfish.”

Adesanya acknowledges that he’s sometimes portrayed as the bad guy in his fights, but he’s stopped caring what other people think. If somebody has a problem with him, that’s on them. However, he is interested in sending a message to the rest of the division...

“Jared is my next victim – it’s not personal. I have to make a statement. I want these guys to think twice before they put my name in their mouth. For my last fight, I had so many idiots calling me out. I didn’t even respond to them. There’s no respect. After the Costa fight, nobody was saying s**t. I’m going to make them think twice before they talk about me.”

In fact, hard-hitting American Cannonier is one of the only top-ranked middleweights Adesanya hasn’t faced. He’s beaten former champion Robert Whittaker (twice), Marvin Vettori (twice), Paulo Costa and Derek Brunson. A new dance partner at 185 is a prospect he relishes.

“New blood – I like that,” says Adesanya. “That’s what I’m here to do. Fight all of the guys in my era, in my division. Clean them all out. When it’s all said and done, they will say, ‘He never ducked anyone, went up in weight and challenged. Never hid from anyone. He’s the best.’” 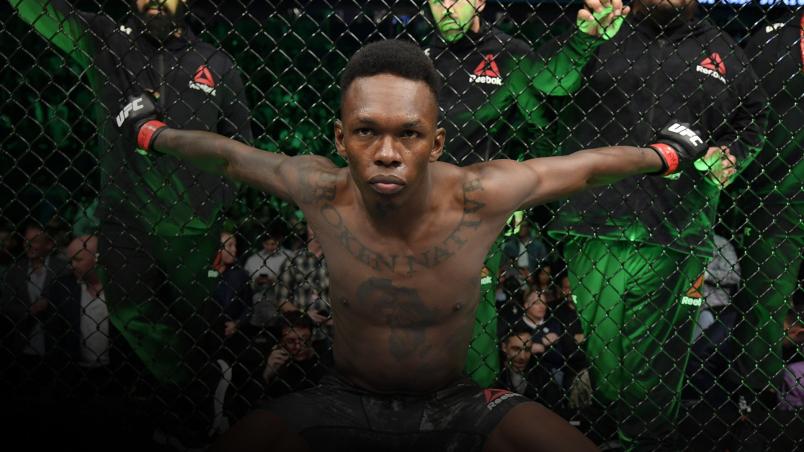 Will “The Last Stylebender” achieve as many title defenses as the man who inspired him, Anderson Silva? He’s already well on the way, and some might argue he’s faced consistently tougher opposition. Aiming for a legacy like that, there’s no room for a slip-up against a dangerous foe like Cannonier at UFC 276.

“I can promise you now it’s not going to go the distance,” declares Adesanya. “He’s either going to get knocked out or choked out. One or the other.”