"That Irish passion will be present in the crowd just like in July, except there will be twice as many in attendance." - Cathal Pendred 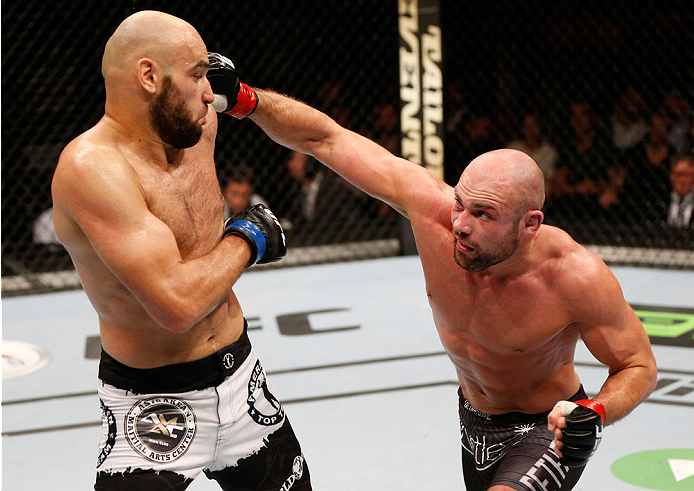 With Irish superstar Conor McGregor already set to headline the UFC Fight Night event at Boston’s TD Garden on January 18 against Dennis Siver, it’s only fitting that two of his teammates from Dublin’s Straight Blast Gym will be joining him in Massachusetts, as Boston-born Cathal Pendred and flyweight standout Paddy Holohan have both been added to the card.

In a welterweight bout, Pendred will look to go 3-0 in the Octagon when he takes on Sean Spencer.

“Boston is my birth place, my parents were working in Boston when I was born in '87 and I lived there until I was four,” Pendred said. “It's a dream come true. I haven't been back since I left. And to be making my return there to fight in the UFC, it's like something out of a movie. The people of Boston won't need to adopt me; I am one of them.”

As for Spencer, who has won three of his last four, including a September win over Paulo Thiago, Pendred said “I don't know much at all about him and I don't really care. I'm going over there to make a statement and put on a performance for everyone."

Holohan will be back in action for the first time since his Fight of the Night battle with Chris Kelades in October when he squares off with Oklahoma’s Shane Howell.

Also added to the card is the appropriately nicknamed lightweight Paul “The Irish Dragon” Felder, as he faces Johnny “Hollywood” Case. So what will it be like in Boston this January?

“This will be like UFC Dublin part two,” Pendred said. “I can see three or four thousand people flying over from Dublin to this event. The rest will be made up mainly of people from Boston who are Irish-Americans. That Irish passion will be present in the crowd just like in July, except there will be twice as many in attendance.”