“I feel like it’s sort of a throwback to when fighters were a little more rugged”
By Walker Van Wey • May. 1, 2019

Invicta FC has been planted firmly in the ground since their first event on April 28, 2012.

With seven finishes the event proved that the Kansas City promotion had some fire behind it. Liz Carmouche continued trending up on a path that would eventually lead her into the UFC by defeating Ashleigh Curry by a TKO win in under two minutes. Jessica Penne followed suit with a TKO in the third round of the co-main event.

With four future UFC fighters on the card, the card was stacked with the future of women’s mixed martial arts. 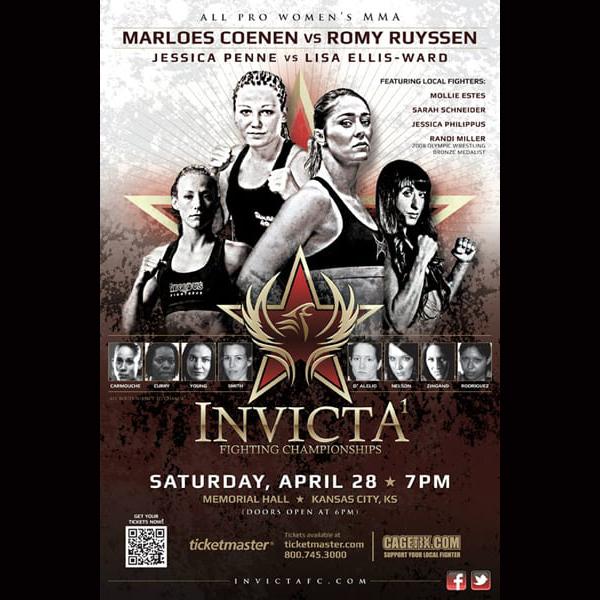 Through all the star power, however, it was Kaitlin Young who stole the show along with Leslie Smith in their draw that earned Fight of the Night honors and buzz that gave momentum to the brand as well as a demand for a rematch at Invicta 3.

Young, already a journeyman at the time, having fought for 10 different promotions previously, was no stranger to putting forth Fight of the Night caliber effort in women’s MMA. Although since Young’s 2007 MMA debut, women’s MMA was gaining traction at the speed of a flat tire, it was hard to argue that her resume was already growing with fights with Gina Carano and two with Julie Kedzie.

Since Invicta 1, Young is still an active member on the Invicta roster and on occasion may rub shoulders with current strawweights who may not realize that November of 2007, she was in the exact same position with HOOKnSHOOT’s loosely slapped together Women’s Grand Prix.

“When we first got word of the tournament, we almost didn’t do it because I had only made my debut a month earlier,” Young said. “I had just barely started training MMA. I had only been Thai boxing for a couple years. We had started by looking up everybody that was in it and the opponents kept changing out so quickly that we eventually just stopped looking so I had no idea who was even in the tournament when I showed up.”

With no background knowledge of her opponents coming in and only one previous MMA bout under her belt, the only things Young could bring to the tournament were confidence and a simple game plan.

“My mindset was just no expectation and I’m going to make it as difficult of a time for the woman in front of me as I possibly can and it worked out,” Young said. 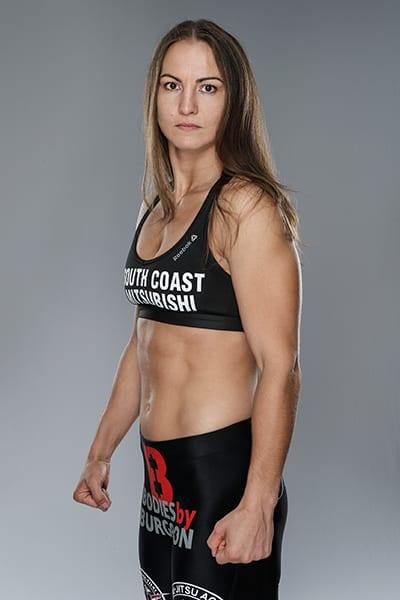 The tournament was scheduled for three, 3-minute rounds throughout which Young deemed to be a moot standard after taking only 22 seconds to win by KO thanks to some handy work from her knees.

Next up for Young was future UFC bantamweight champion, Miesha Tate. The two stars clashed but not for long as Young’s Thai boxing skills came in heavy as she landed a head kick that left Tate limp and unconscious in only 30 seconds. Now with two fights in the tournament adding up to only 52 seconds, Young found that the key to moving forward was suppressing the elation of her flawless showings before the championship fight.

“My coach, Tom Schmitz, did a really, really good job trying to manage my expectations because I had had two knockouts,” Young explained. “He did a really good job keep my head in it and realizing this is a different fight and I think that was really important for me to not be reveling in one of the better wins I had had to that point and go into the third fight as I had the first one and I’m really thankful for that because I think it was a huge, huge piece of the performance in that tournament.”

While the first two fights ended by KO in a combined 52 seconds, Young took 53 seconds to witn HOOKnSHOOT Grand Prix with a TKO in the championship fight.

Although Young breezed through the tournament with relative ease, Olympic-style Taekwondo tournaments growing up prepared her for working through any fights that may have left her compromised.

“When I started, I would be competing three or four times a day, so it wasn’t a completely new experience for me and I had some of those that were pretty brutal,” Young said. “I was pretty beat up going into the second or third. Fortunately, I don’t think it would have been that big of a deal for me.”

To Young, that’s the aspect she enjoys the most and even though she was happy to not have to limp out of the arena that night, it’s the grind that makes those tournaments what they are and defines the fighters.

“Fight fans love a good story,” Young said. “This is the sort of event that creates a good story. We get to see how a fighter deals with three different situations in one evening and how they deal with one fight after previously having one. Maybe they took a bunch of low kicks and are having a hard time moving. How are they going to adjust? I think in a tournament, any one of those ladies has the ability to take out all of them. It’s just who shows up.”

Now, over ten years removed from her tournament win, Young has noticed a shift in tides and similar tournaments have gone to the wayside and is excited that the benchmark promotion in women’s MMA is the promotion revamping the format she loves.

“I feel like it’s sort of a throwback to when fighters were a little more rugged,” Young said. “Tournaments and that kind of thing that was commonplace or grabbing somebody out of the crowd. I love it because it’s a throwback to something we’ve kind of lost in MMA as it has become safer which is awesome but there’s something that it has lost in many ways. I’m excited to see that piece showcased again on a bigger stage than it ever has been. UFC had the original UFC one night tournaments for men, but women haven’t had a stage to be rugged on yet and I think this is a big deal.”

Unable to attend the event due to a concussion seminar, the Invicta FC staple is excited to watch from her Minnesota home at what she describes as a “rather mild” house party with her team. Young made it clear that as bad as she would have liked to have been in Kansas on Friday, she’ll have to wait until the June card where she’ll competing under the Invicta banner for the seventh time.

Don’t miss the event that has the Invicta original buzzing. The Phoenix Rising Series comes to you Friday, May 3 at 8 pm ET ONLY on UFC FIGHT PASS!