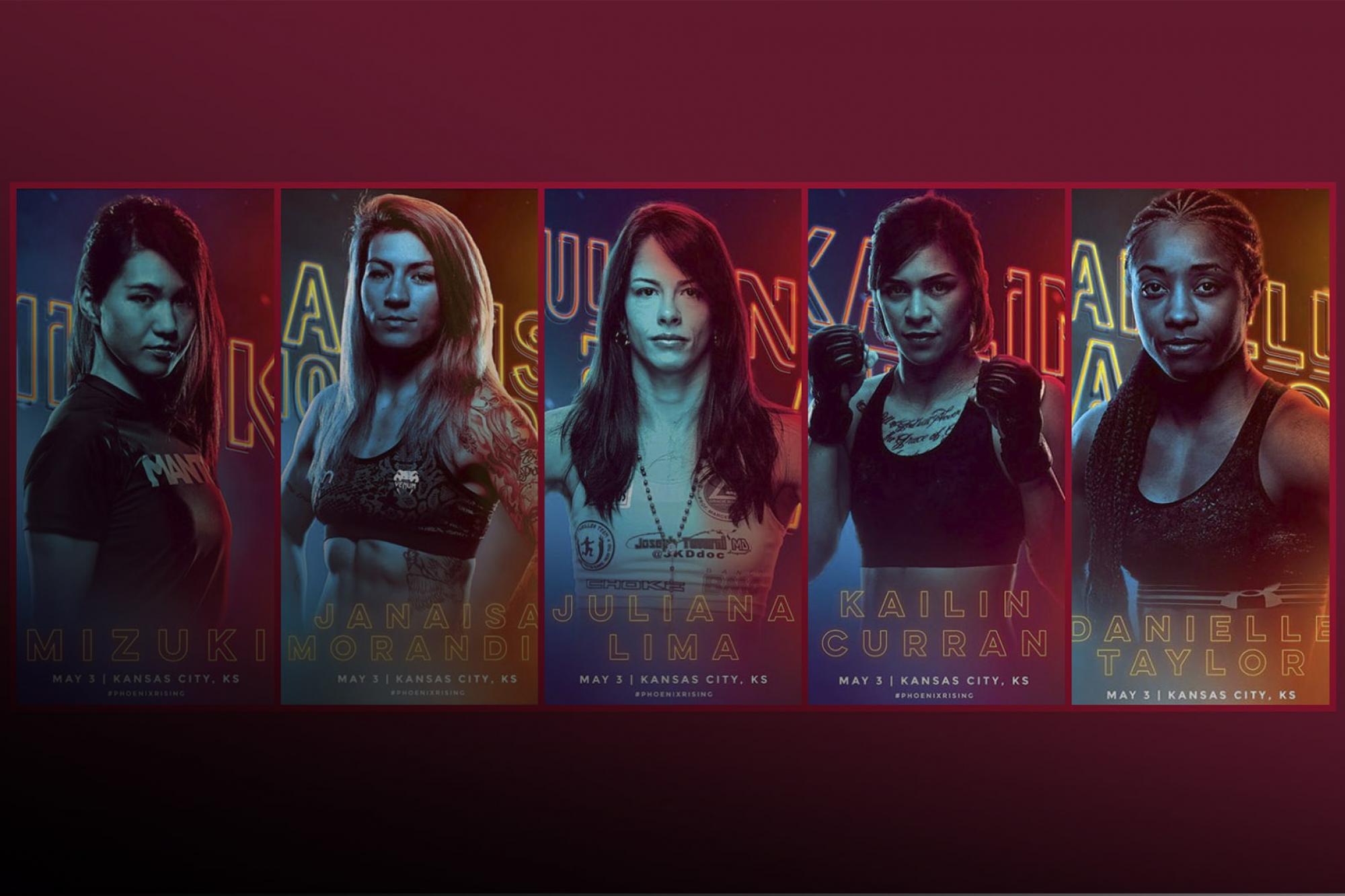 Here is your rule guide to Invicta FC’s first ever Phoenix Rising Series
May. 1, 2019

In an homage to the early days of MMA tournaments, including the early UFC fights, this Friday's Invicta Phoneix Rising strawweight tournament is a throwback designed to deliver the visceral thrill that comes when only one fighter can be crowned the champ.

While the "iron man" format has always been a staple in mixed martial arts, it's new to Invicta FC. For new fans that have questions, or old fans that need a refresher course, we've got all the details.

How Many Fighters Will Take Part In The Tournament?

Eight fighters will compete in four quarter-final, and then semi-final bouts.

How Are The Rounds Structured?

The single-elimination tournament will feature one-round fights in the quarterfinal and semifinal rounds, with the tournament final being a three-round affair to determine the tournament champion.

Due to athletic commission regulations, fighters are only allowed to compete in a maximum of 25 minutes per night. To comply with the Kansas State Athletic Commission the quarterfinal as well as the semifinal rounds will both be one 5-minute round and the final will be three 5-minute rounds.

How Is The Event Seeded?

There is no traditional 1-8 seeding for Invicta Phoenix Rising.

The eight tournament participants were matched up during a random drawing.

What are the matchups for the quarterfinal round?

Will there be other fights on the card?

Yes. A non-tournament fight between Kay Hansen and Magdalena Sormova will also be on the card.

The vacant strawweight belt will go home with the last fighter standing.

Also, each finish will earn the fighters an extra monetary bonus.

Are there any special rules to the tournament?

Social Post
Who Will Be Calling All The Action?

Former Invicta fighter Laura Sanko will become the first woman to call play-by-play for a major promotion. Joining Sanko on the call will be veteran cageside analyst Jimmy Smith, who has called fights for many of the sport’s biggest promotions, including the UFC.

What if a fighter is injured?

The winner of Alyssa Krahn vs Itzel Esquivel bout will be the reserves waiting to take the place of any injured or removed fighter.

Awesome! How Do I Watch?

This first event of the Phoenix Rising Series will take place from Kansas City’s Memorial Hall on Friday, May 3. If you can't make it in person, you can stream the entire event on UFC FIGHT PASS.