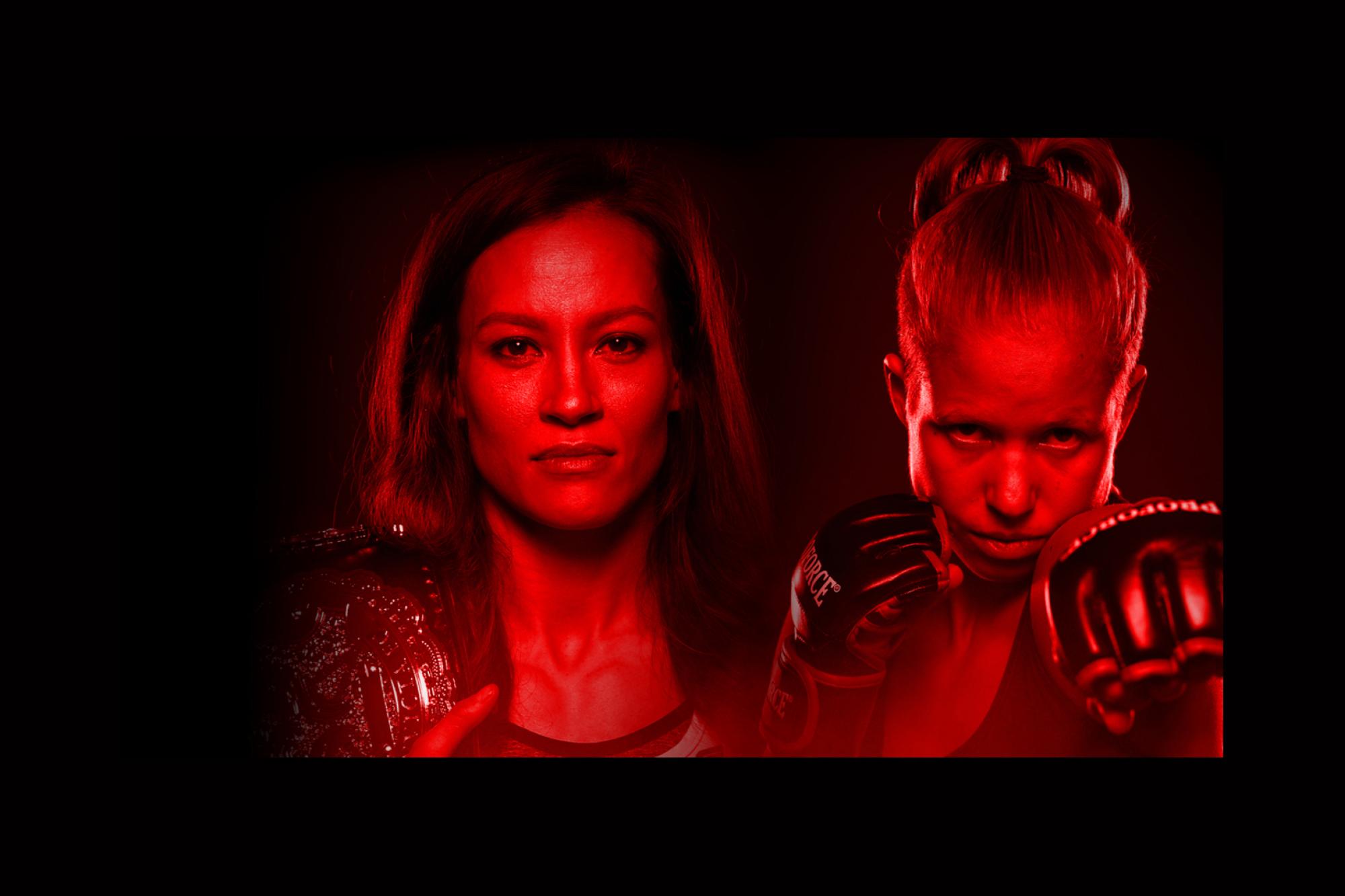 Jinh Yu Frey, Minna Grusander and the chips on both shoulders meet again at Invicta 33 on Saturday, Dec. 15 in Kansas City and live on UFC FIGHT PASS.

And that was only the first round.

After the bitterly disputed decision victory for Frey, the 33-year-old will be staring down the barrel of the vocally frustrated Grusander in the immediate rematch. An occurrence uncommon to Invicta FC.

“I thought I won four rounds,” Grusander stated in the cage post fight. “I’d say I was controlling the fight. I hurt her with my elbows from the short distance and I think I was winning.”

While strong cases have been put up to support Grusander’s opinion, she left the cage with nothing but a 6-2 record while Frey walked out with the title.

Donning not only the atomweight championship belt but the Wonder Woman outfit at the weigh-in, on Twitter, Instagram and Facebook, Frey’s popularity continues to grow as she stands with a 7-3 record and her career in full swing. Now she’s far from the only one hoping her hand is raised in victory but still acknowledges what comes with the title.

Ignoring the hype, Grusander’s focus and aggression seems to be growing at the same rate as she stands first in line for the title she fought for at Invicta 30. Victory is the only thing on the Finn’s mind and in an MMA Viking interview she made it very clear, she’s not interested in another tooth-and-nail fight.

“I’ll be more than happy to choke her out already within the first 15 minutes,” she asserted.

If Frey’s Twitter page is any indication, she remains unapologetic and unshaken by the atomweight championship rematch.

In a night loaded with eight fights, three promotional debuts along with former and future UFC talent, Invicta 33 promises a card only a bitter Frey vs Grusander II rematch could round out.

Action begins on Saturday, Dec. 15 at 7 p.m. from Kansas City only on UFC FIGHT PASS.

Be sure to prime yourself for the rematch by checking out Invicta FC 30: Frey vs. Grusander also only on UFC FIGHT PASS.