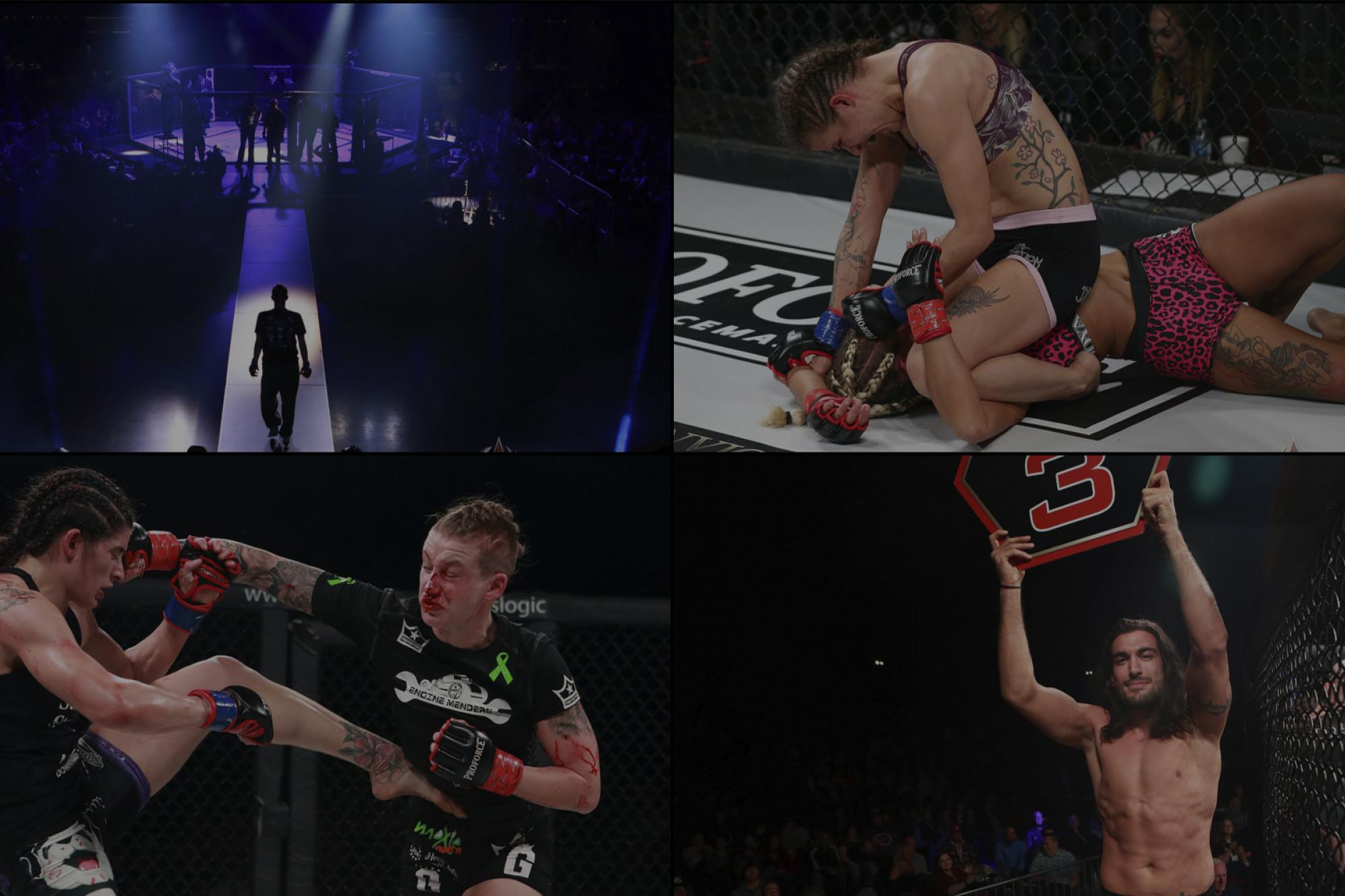 Felicia Spencer stayed perfect en route to the vacant Invicta FC Featherweight Championship, Kaitlin Young’s return to Invicta was a success and the world saw what Julia Avila was capable of when her finger stays in tact at Invicta FC 32: Spencer vs Sorenson.

Kaitlin Young didn’t necessarily make history with her victory over late addition, Sarah Patterson, but after grabbing the attention of MMA fans with her Fight of the Night draw against Leslie Smith at Invicta 1: Coenen vs Ruyssen, it seemed clear that the Minnesota native would be on the fast track to a household name.

Young’s record fell on hard times as she went on an 0-4 skid before taking a break to compete in Thailand.

Making her return to Invicta FC after four years off, Young displayed her polished Muay Thai skills with a perfectly placed leg kick that dropped Patterson down to the mat and out of the fight only 1:25 into the first round.

Headliner Felicia Spencer walked out of the cage with not only the Invicta FC Featherweight Championship, not only continuing her perfect record of 6-0, not only tying Cris Cyborg for the most featherweight wins in Invicta FC history but the pride of winning the fight exactly how she wanted to with her submission victory over Pam Sorenson.

4:23 into the fourth round, Spencer sunk in a rear-naked choke to put away Sorenson and any doubts that she could survive a five-round fight.

Post-fight Spencer clarified that it was all by design.

“I wanted to prove the legitimacy of my school and my team and the black belt around my waist,” Spencer said. “I was able to do it where other black belts couldn’t.”

In her second appearance on an Invicta FC card, Julia Avila managed to find a way to outshine a title fight main event in her bout against Alexa Conners.

Avila felt pressured to make up for her disappointing previous attempt at turning heads at Invicta FC 29: Kaufman vs Lehner when she was forced out of the fight with a badly broken finger only 49 seconds into the first round.

From bell to bell, Avila poured on the punishment with the energy and pressure of a Running of the Bulls charge.

Opponent, Alexa Conners, battled through flurry after flurry of relentless punches, kicks and the all too punishing knees of Avila but in the end couldn’t push forward any further.

Invicta FC Bantamweight Champion Sarah Kaufman was watching the mid-card bout with close eye even tweeting, “Well I missed most of rd 1, but I’m finally able to watch the 135ers...and I’m looking forward to fighting the winner. #Invicta32”

After the one-sided affair was over, Avila had a message for Kaufman in response.

“Sarah Kaufman, I know you’re watching,” Avila said. “I want that title shot. That’s going to be a war. I am honored and privileged and looking forward to it.”

Something all Invicta FC fans seem to be looking forward to.

Avila also caught the eye of 30-year WWE legend Dustin Rhodes aka Goldust who was in Shawnee, OK for the event and not only predicts a bright future for Avila but also explains his admiration for the growing world of female MMA.

“I love women fighting,” Rhodes said. “The UFC, Invicta, all this stuff. They’re taking it to the next level. The training these ladies do is top notch. I couldn’t do it. It’s not for me. It’s for me to watch. I’m a fan.”

With the title match between Avila and Kaufman already being teased by both fighters, the original showstopper coming back for another run at the featherweight division, Felicia Spencer picking up where Megan Anderson left off as the top of the division, it appears Rhodes and the rest of the world will have a lot more to look forward to from the ladies of Invicta FC.

Relive all the action of Invicta FC 32: Spencer vs Sorenson today only on UFC FIGHT PASS.