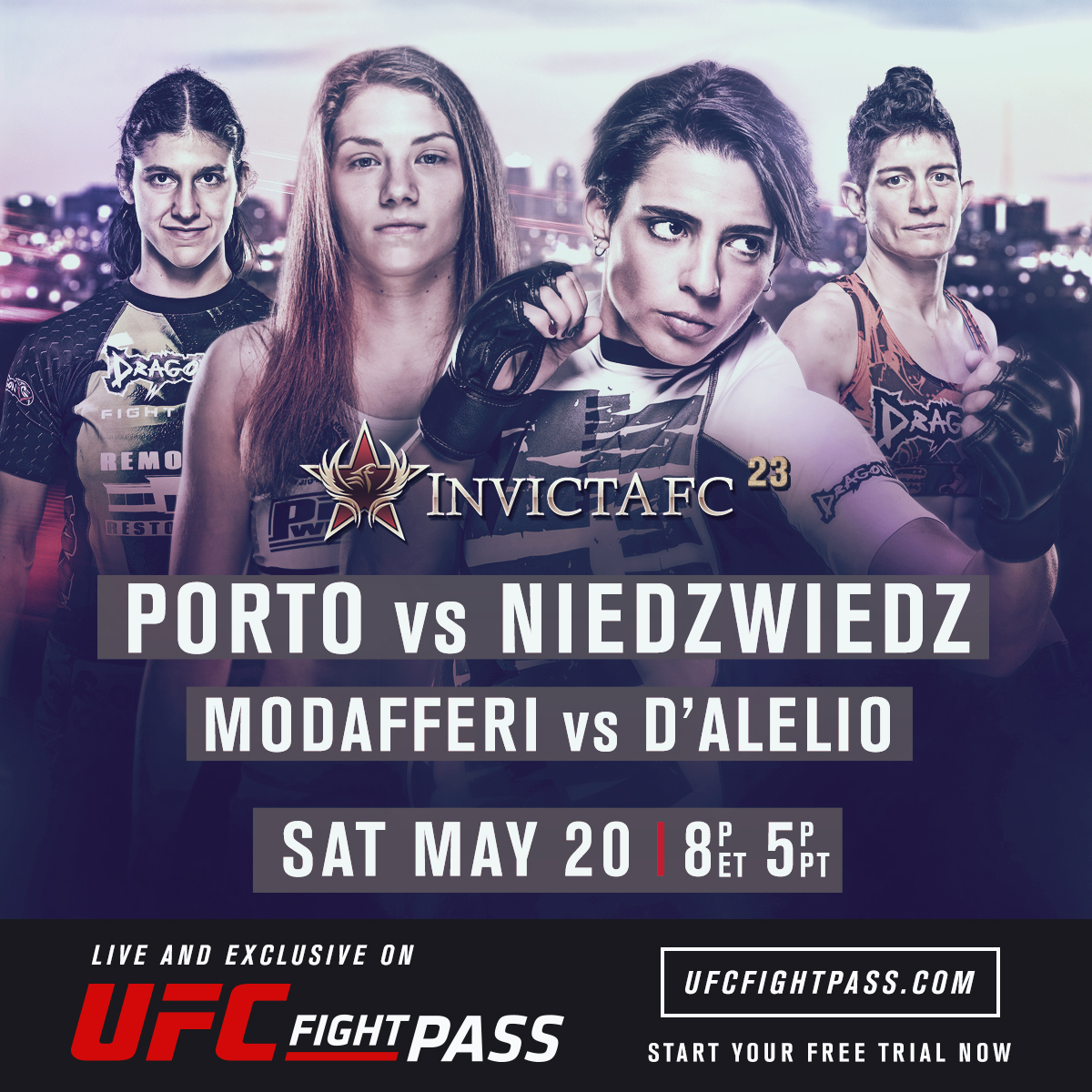 On the heels of Joanna Jedrzejczyk’s dominant strawweight title defense last weekend in Dallas and the UFC announcing the launch of a women’s flyweight division through the next season of The Ultimate Fighter, Invicta FC steps back into the spotlight this week with a collection of high quality fights at the Scottish Rite Temple in Kansas City.

As the female side of the sport continues to claim more time in the spotlight, events like this become increasingly important as the all-female promotion headed by Shannon Knapp remains one of the premier jumping off points for athletes making the transition into the Octagon.

Here’s a look at the scraps set to hit the cage Friday night at Invicta FC 23.

This was a terrific matchup prior to the UFC’s recent TUF announcement, but garners even more intrigue now that female flyweights are scheduled to arrive in the Octagon later this year.

A classic “veteran vs. upstart” clash along the lines of last weekend’s bout between Frankie Edgar and Yair Rodriguez, this one will similarly determine if the emerging Niedzwiedz is ready for prime time as she squares off with one of the most seasoned competitors in the division. The 22-year-old prospect is 9-0 with seven stoppages and has the potential to join Jedrzejczyk and Karolina Kowalkiewicz in a triumvirate of Polish standouts competing at the highest level.

Standing in her way is Porto, the 33-year-old Brazilian vet with 25 fights under her belt and a permanent seat in the upper echelon of the flyweight division. Though she’s just 3-3 under the Invicta FC banner, her losses have come against two champions and a title challenger, while she’s earned victories over veterans Tara LaRosa, Zoila Frausto and Roxanne Modafferi.

This should be a tactical, technical battle that has a significant impact on where the flyweight division goes in the future and it’s a fitting main event for this packed collection of prizefights.

The second of three flyweight tussles to close out the show on Friday, these veterans are not only jockeying for position in the championship chase with Invicta FC, but also potentially auditioning for a shot to compete in the UFC in 2018.

Modafferi has reinvented herself and extended her career with a drop to the 125-pound weight class following her time on Season 20 of The Ultimate Fighter. A skilled grappler with tons of experience, “The Happy Warrior” has improved her hands working with the team at Syndicate MMA in Las Vegas and has won five of her last seven as a result.

D’Alelio has shared the cage with some of the best fighters in the sport across multiple divisions, including boasting a victory over UFC women’s bantamweight champ Amanda Nunes and being Ronda Rousey’s first victim under the Strikeforce banner way back when. “The Monster” has collected four straight victories heading into this one, seemingly having found a home at flyweight, and a win over Modafferi could be the triumph she needs in order to earn a title shot.

Matching hats for @andreakgblee and @laura_sanko! #InvictaFC23
A post shared by UFC Fight Pass (@ufcfightpass) on May 18, 2017 at 4:43pm PDT

The opening bout in the three-fight run of flyweight contests that wrap up Invicta FC 23 on Friday is a pairing of upstarts looking to establish themselves as future contenders in the 125-pound division.

Lee has been viewed as a potential star since she debuted in the Invicta cage with a win over Shannon Sinn at Invicta FC 9. A sound kickboxer with improving grappling, the 28-year-old has gone 6-2 through her first eight pro bouts, including championship victories in both iterations of the Legacy Fighting promotion and wins over Rachel Ostovich and Jenny Liou in Invicta.

Tracy comes into Friday’s contest with far less advance billing, but an equal amount of upside and promise. She improved her record to 3-1 as a pro with a win over durable Alliance MMA fighter Christine Stanley back in October, while her only loss came against UFC fighter Ashley Yoder. With a victory here, “The Titan” could usurp Lee’s position on everyone’s list of flyweights to watch going forward.

It’s strange to wonder if a former champion can be at a crossroads when they’re only 24, but that seems to be the case for Tiburcio as she heads into this showdown with Austin, Texas’ Simpson.

After shocking the MMA world with her championship victory over Michelle Waterson at Invicta FC 10, the diminutive Brazilian lost the belt to current titleholder Ayaka Hamasaki before dropping a decision to Jinh Yu Frey. She bounced back with a unanimous decision win over Simona Soukupova in November, turning this weekend’s matchup into a potential swing bout in her career.

This is the biggest fight to date for the 30-year-old Simpson, who picked up a win over Soukupova four months prior to Tiburcio in her Invicta FC debut. She’s won three straight, boasts excellent conditioning and could potentially land herself a title shot if she’s able to send the former champion to her third loss in four appearances.

A pair of fighters who spent a little time on the UFC roster meet in what has the potential to be an absolute barnburner.

While neither Phillips nor Faszholz were able to have much success inside the Octagon, they each proved to be aggressive, action fighters and tough outs. Now looking to hit the reset button, these bantamweights will likely meet in the center of the cage and continue firing leather until the final horn sounds or one of them can’t continue.

Either way, it should be fun.

The transition to mixed martial arts hasn’t been smooth for Van Soest. The world-class kickboxer has gone 0-2 to begin her MMA career and she looks to rebound with her first victory in her second appearance in the Invicta FC cage.

The 28-year-old San Diego native squares off with Syndicate MMA product Christine Ferea, who made her successful pro debut in January with a third-round technical knockout win over Rachael Ostovich after posting a perfect 3-0 mark as an amateur.

Will “Tiff Time Bomb” finally find a victory or can “Misfit” make it two solid wins to start her career?