UFC chief content officer Marshall Zelaznik said: “When we launched UFC FIGHT PASS last December, we said that we would never rest in bringing the best value to our subscribers. The addition of live and archived Invicta programming is going to be of enormous interest to our existing subscribers and will bring in new subscribers, too.

“We’re very excited to have this two fights headline our first Invicta live event on FIGHT PASS. This is a little bit of history, as it is the first time the UFC has been involved with the broadcast of a promotion not owned and operated by the UFC’s parent company, Zuffa LLC.”

Invicta Fighting Championships president Shannon Knapp said: “This is a great day for my company. Since the start of Invicta, I’ve been committed to providing the biggest and best possible platform for women athletes and, with this distribution deal with UFC FIGHT PASS, Invicta will reach the most passionate MMA fans in the world.”

Knapp added: “This new beginning for Invicta starts with a stacked card on September 6. Michelle 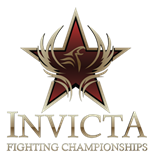 Waterson is an amazing champion, one of the best pound-for-pound fighters in the world, and she has a tough first title defense against a very experienced challenger in Yasuko Tamada. And both Stephanie Eggink and Katja Kankaanpaa are going to go all out to win the vacant 115lbs belt.

“Also on the stacked card we have Ediane Gomes dropping down to 135lbs to take on Tonya Evinger and we have our first 155lbs fight with Veronica Rothenhausler vs Charmain Tweet.”

Invicta FC 105-lbs champion Michelle “The Karate Hottie” Waterson added: “I feel like I just got a huge promotion at my job, fighting on UFCFIGHTPASS.com. I’m the type of fighter who can rise to the occasion and I can’t wait to show off all the improvements I’ve made to my game since my last fight in April 2013.

“I know my opponent has fought almost everybody in the division in Japan, has a lot of experience and has this real scrappy, southpaw jiu-jitsu style. It’s going to be a real challenge but I will be ready on September 6.”

The full card – all of which will stream live on UFCFIGHTPASS.com – looks like this.

Tickets will be available soon.

In addition, all seven previous Invicta events are now available on-demand on UFC FIGHT PASS here, allowing subscribers to check out fights featuring talents like Waterson, Cristiane "Cyborg" Santos, former Strikeforce champ Marloes Coenen, early-career fights of UFC stars like Alexis Davis, Cat Zingano and Liz Carmouche and most of the cast of the upcoming season of The Ultimate Fighter.

All bouts live and subject to change. Visit UFC.com.

Owned and operated by Zuffa, LLC, the Ultimate Fighting Championship® (UFC®) is the premier mixed martial arts (MMA) organization and largest pay-per-view event provider in the world. Headquartered in Las Vegas with offices in London, Toronto, Beijing, Singapore and Sao Paulo, the UFC produces more than 40 live events annually that have sold out some of the biggest arenas and stadiums across the globe. UFC programming is broadcast in over 145 countries to 800+ million TV households worldwide in 28 different languages. The UFC has a multi-year broadcast agreement with FOX in the U.S. which includes four live events broadcast on the FOX network annually, The Ultimate Fighter® reality television show and thousands of hours of programming on FOX Sports 1 and FOX Sports 2. In 2014, UFC launched UFC FIGHT PASS, a digital subscription service with exclusive live events, thousands of fights on-demand and original content. UFC also owns over 100 UFC GYM® locations,UFC.TV (offering live event broadcasts and video on-demand around the world), UFC FIT™ (an in-home fitness and nutrition program), UFC 360 (the internationally distributed magazine), a videogame franchise with EA SPORTS, best-selling DVDs and Blu-rays, UFC Fight Club®, UFC Fan Expo®, Octagon™ branded apparel and Topps Trading Cards. For more information, visit www.UFC.com and follow UFC at www.Facebook.com/UFC and Twitter: @UFC.