Interim title shot has dos Anjos thinking about his legacy

In the spring of 2015, he ascended to the top of the deepest weight class in the promotion, delivering a master class in pressure and game planning to dethrone Anthony Pettis and end “The Showtime Era” before it had a chance to even get started. Nine months later, he stepped into the Octagon and halted Donald Cerrone’s two-year, eight-fight run of success in a heartbeat to solidify his place as the best lightweight in the world.

Yet despite all of his previous success, the 33-year-old Brazilian believes he’s reached a new level since shifting to the welterweight division. 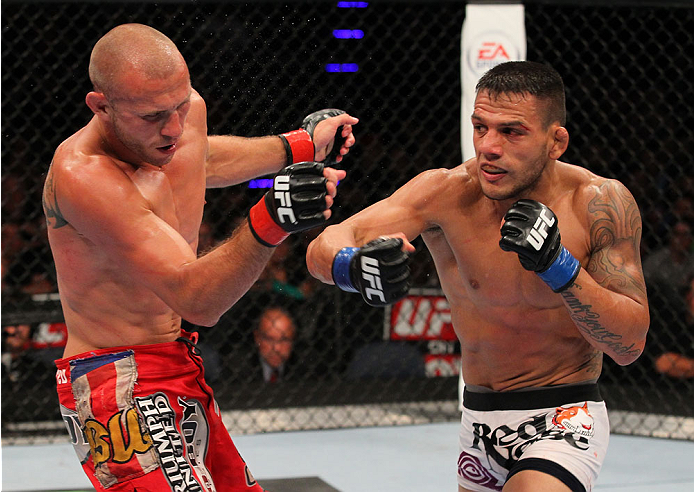 “This is definitely (the best I have felt in my career),” said Dos Anjos, who has collected three straight victories over Top 10 opponents to land in an interim title fight against Colby Covington this weekend at UFC 225. “Physically, mentally I’m at the best moment of my career and I’m just enjoying what I’m doing.”

Following his win over Cerrone to close out the UFC’s 2015 campaign, Dos Anjos faltered, dropping the lightweight title to Eddie Alvarez before coming out on the wrong side of a one-sided decision against Tony Ferguson. It was just the second time in his career he’d dropped back-to-back contests and it signaled to the talented veteran that it was time for a change.

While lightweight is universally regarded as the deepest collection of talent on the UFC roster, the welterweight division is flush with talent as well, leading many to wonder how the former lightweight champion would do in his transition to the 170-pound ranks.

“Since my first fight with Tarec, I think I was able to take improvements into the fight with Neil and then with Robbie,” said the talented southpaw, who will be making his 25th appearance in the Octagon this weekend in Chicago. “I feel like I’ve been improving every time and I’ve been able to improve my game, to adapt to the new division.

“I’ve been training with bigger guys and every time, I’m able to make adjustments and keep getting better every time, even a half-percent. I’m always looking to improve and learn new things in training and about my body and that’s what I’ve been doing.”

From the time he decided to relocate to the welterweight division, Dos Anjos has been laser focused on joining Randy Couture, BJ Penn, Conor McGregor and Georges St-Pierre as the only fighters to capture UFC titles in two different divisions.

He gets that opportunity this weekend when he clashes with Covington in the co-main event of the evening.

“It means a lot for my legacy,” admitted Dos Anjos. “I’ve been in the UFC for 10 years this year – it’s been a long journey, a lot of fights. I became the first Brazilian lightweight champion and now, I’m on my way to become the welterweight champ as well.

“I’ve been blessed and when you’re doing things right, good things happen. I’m just happy to be fighting and performing at my best.”

In a strictly competitive sense, the pairing with Covington is an interesting clash of styles, as the tenacious American Top Team representative brings a pressure style forged on the wrestling mats into the cage with him every time. Over the last two years, “Chaos” has collected five consecutive victories, grinding out wins over Max Griffin, Dong Hyun Kim and Demian Maia to climb towards the summit of the welterweight ranks. 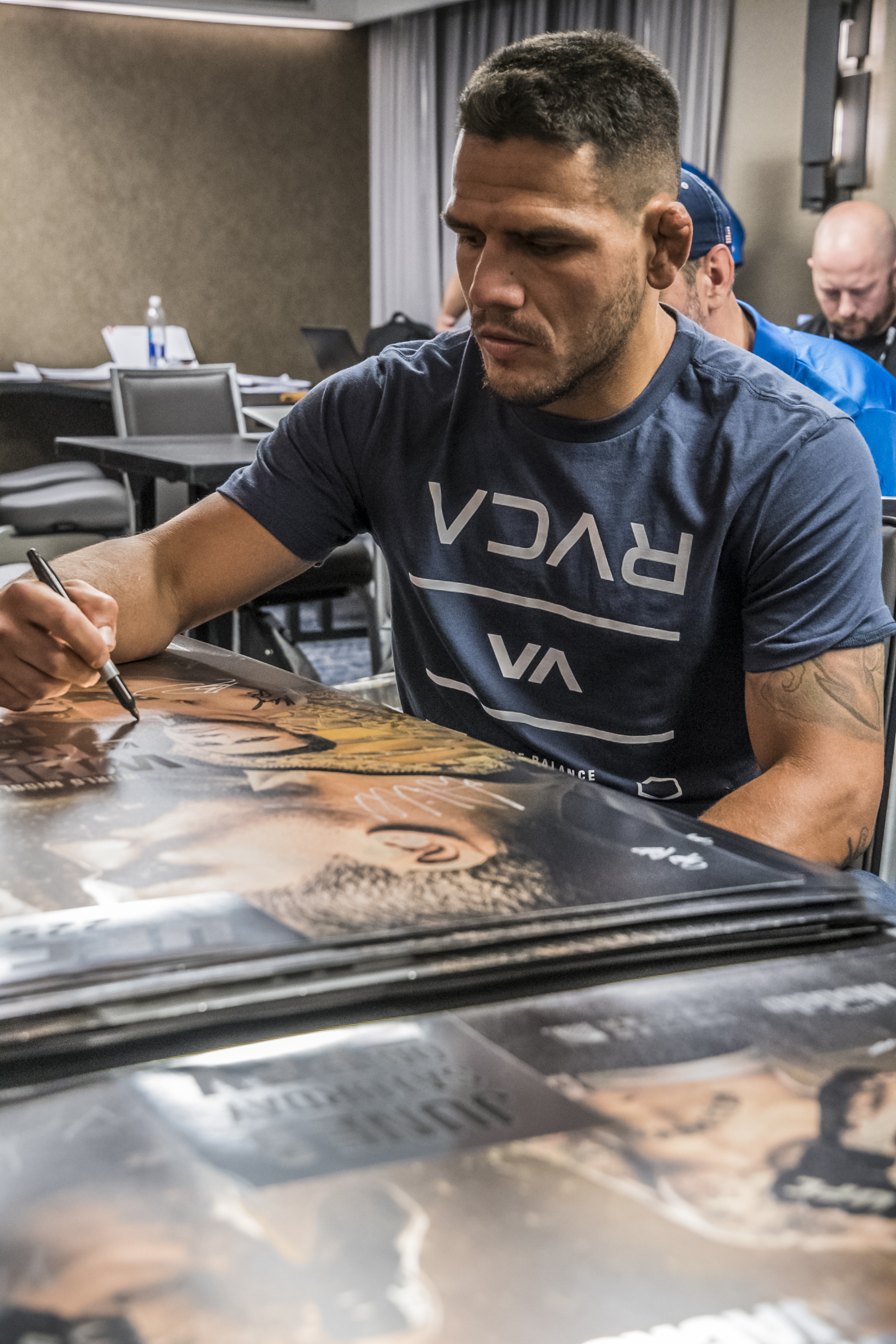 But it has been Covington’s unrelenting social media onslaught and incendiary post-fight performances that have ratcheted up the anticipation surrounding this fight. Eight months into his constant barrage of Twitter insults and heel promos, fans and observers are eagerly awaiting this showdown, hungry to see if the proud Brazilian Dos Anjos will make the boisterous American pay for the things he has said.

While he’s fully aware of Covington’s various comments, the surging former lightweight champion is far more focused on what his opponent brings to the cage and exploiting some of the advantages he carries with him into this contest.

“I know he’s going to come strong – he’s a big guy and he’s a wrestler, so he’s going to try to take me down, stay on top; that’s his game,” he said of Covington. “But I’ve been improving a lot, including my wrestling skills.

“I think people do whatever they choose to promote themselves and he chose that way, talking about somebody else’s country to promote his fight and promote himself,” he added in regards to Covington’s various comments. “I don’t think it’s the right way, but I don’t have any extra pressure (to silence him for Brazil).

“I have to win for me – for my family and for myself. I’m a very competitive guy, and once I step inside the Octagon, I’m a cold-blooded fighter; I don’t bring any emotions with me.”

And with the interim welterweight title in his sights and a potential title unification bout on the horizon later this year, claiming UFC gold for a second time and delivering another cold-blooded performance inside the cage is exactly what Dos Anjos intends to do this weekend.

“I think I will finish him before the fifth round,” he said with confidence. “It’s a matter of time. It’ll be a couple rounds for me to figure out his game, start finding holes in his game and make him quit, start breaking him little by little.

“I don’t think this fight is going five rounds.”