Inside the Camp: Jackson/Winkeljohn update

Painted in black lettering in the long hallway that leads into the heart of the Jackson/Winkeljohn fight gym are the words: Through these doors walk the greatest fighters in the world. 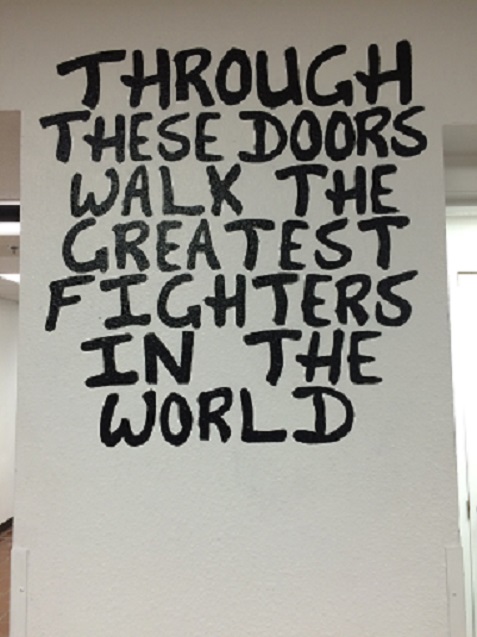 That phrase is literally the last thing a fighter sees before opening a simple white door and entering the belly of the beast that is the facility housing what is widely considered the largest collection of elite talent in the entire sport of mixed martial arts.

While the message on the wall is meant to be inspirational and a mantra for every athlete on the team to carry in their mind at all times, the intended sentiment doesn’t strip away from the truth of the phrase. The team of fighters under the tutelage of Greg Jackson and Mike Winkeljohn has found success at a tremendous clip over the past two decades, and the standard of excellence - while an intangible measure - is a living, breathing thing within the walls of their gym.

What started as a collection of fighters hoping to find their way through a little known sport has grown into the proverbial cream of the crop where MMA training is concerned, and the men at the helm of Jackson/Winkeljohn have no intention of diminishing the gold standard they’ve worked hard to set.

“The energy in the gym is great because we have so many fighters that are a high level - and from different countries around the world – and everyone learns and shares from one another,” Winkeljohn said. “We’ve become a hub for fighters who want to get educated on strategy and tactics and for those who want to surround themselves with really talented fighters who are going to push them.

“We’ve had a lot of success but we are looking to make 2016 an incredible year,” he added. “Jon Jones is hungry to get his title back, just the same as Holly Holm is to reclaim hers. If Carlos Condit gets the rematch with Robbie Lawler, that would be three titles right there. And we’ll keep going.” 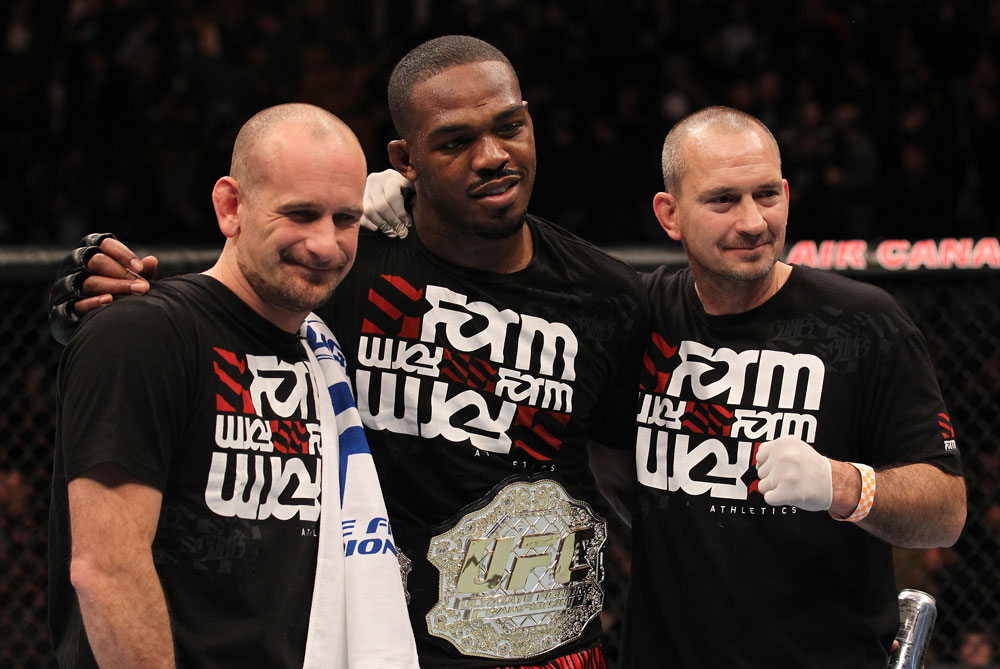 While the city of Albuquerque has a long history of producing fighters with raw and gritty styles that match the rugged landscape of the Southwestern outpost, Jackson/Winkeljohn has a proven track record of forging that talent into championship level competitors. Most gyms in the sport of MMA are lucky to produce one or two fighters who ever go on to achieve UFC gold, let alone obtain superstar status in the eyes of the MMA community, but that is a feat “Wink” and Jackson have been able to duplicate time and time again.

What is perhaps most impressive is their ability to continue to do so through multiple generations. Rashad Evans, Donald “Cowboy” Cerrone and Carlos Condit would all go on to win or contest for titles in the early days of the team, and a wide collection of future stars the likes of Diego Sanchez, Clay Guida and Cub Swanson, established their names fighting under the J/W banner.

Many of those athletes are still considered to be as dangerous as they come inside the Octagon, and each and every one of them credit the quality of those around them for making that possible.

“There is such a great mixture of talent here and it’s awesome,” Swanson said. “We have a lot of veterans and up-and-coming fighters in the gym and everyone is hungry. When you have that type of energy, it raises the bar in the training room and everyone benefits. There will be sparring days where you go your first round with your normal partner and there will be people begging to get the next round or two. You have to bring your best here, and when you are pushed at a consistent level, it is going to take your game to new heights.” 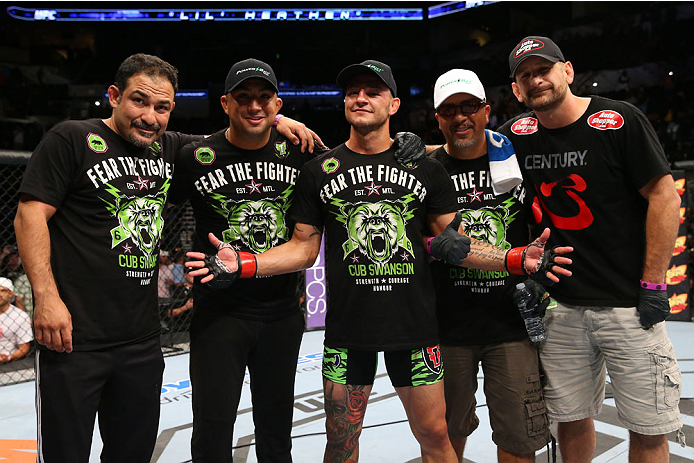 In addition to the veterans on the squad being responsible for bringing the spotlight to their team, they have also served as training partners and mentors for the next generation of fighters that have emerged from central New Mexico.

Of this collective, no one has accomplished more than former light heavyweight champion and the consensus No. 1 pound-for-pound fighter in the world, Jon Jones. The New York native arrived in Albuquerque as a raw, yet highly touted, prospect, then went on to shatter every championship record the UFC’s 205-pound division had ever known - and he did so in brutal and dominant fashion, leaving a path of battered and broken former title holders in his wake.

Personal issues and legal troubles would eventually lead to “Bones” being stripped of the light heavyweight belt he successfully defended an unprecedented eight consecutive times. But after attacking those shortcomings with the same tenacity that made him an unstoppable force inside the Octagon, his long-awaited return will arrive on April 23 when he squares off once more with bitter rival Daniel Cormier for the 205-pound strap at UFC 197.

Although Jones’ title wasn’t lost at the hands of any man other than himself, the 205-pound phenom believes he has everything to prove in the highly anticipated rematch. The former champion’s fire to return to prominence is something his striking coach Brandon Gibson has seen on a daily basis inside the gym, and “Six Gun” believes an entirely different monster will be unleashed under the bright lights of the MGM in Las Vegas in April.

“People are going to see the best Jon Jones that’s ever stepped into that Octagon,” Gibson said. “Obviously he’s experienced a lot of physical growth over the past year and a half that fans have been able to see from his posts on social media, but don’t think for a second that size doesn’t come with amazing speed, in addition to increased power and speed. But most importantly it’s his focus. His physical appearance is a testament to the work he’s put in and how committed he is to reclaiming his title.”