Inside the camp: ATT Update 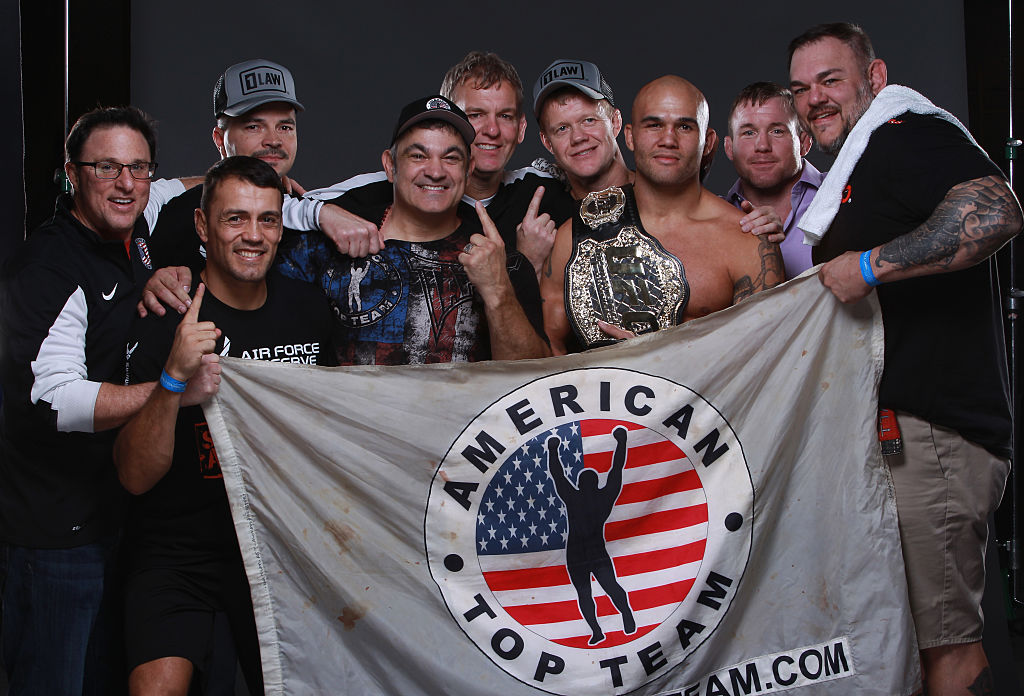 Featuring over 6,500 square feet of mat space, an octagon, designated areas for weight lifting, cardio, punching bags, and much more, the gym, which opened on January 5, has been an instant hit with fighters and the community. But perhaps the one addition that excites Liborio, and the instructors at ATT, the most is the dorms. The second floor houses fighters from around the world, making it a convenient trek from living quarters to training camp.

“We have guys from Japan, England, Russia and elsewhere living on this campus,” Liborio said. “And yes, it is a campus, and one that competes with campuses at the best universities. Our fighters get to live here, train with some of the best coaches in the world, the best training partners in the world, and they get to do it at what I would say is the Mecca of MMA gyms.”

“This definitely gives our team the best opportunity to grow and learn,” Brown said. “There’s plenty of space. The fighters aren’t going to get hurt because they’re running into each other. It gives a realistic feel because now they have room to practice their footwork. The old gym was really big as well, but with our growing roster we welcome all the extra room.

“We have guys from Japan, England, Russia and elsewhere living on this campus,” Liborio said. “And yes, it is a campus, and one that competes with campuses at the best universities. Our fighters get to live here, train with some of the best coaches in the world, the best training partners in the world, and they get to do it at what I would say is the Mecca of MMA gyms.”

Liborio, who launched American Top Team in 2001 alongside Dan Lambert and jiu-jitsu instructor and friend Conan Silveira, never imagined in his wildest dreams that their endeavor 15 years ago would lead to what ATT has become today.

“I had no idea this would happen, except that I knew MMA would grow, and that the United States is the capital of the world to do something of this magnitude,” Liborio said. “When I partnered up with Dan Lambert, we knew we could do something special, but what we have today is beyond what we envisioned back then.”

Since its inception, American Top Team has developed one of the most talented rosters of fighters in the sport. Currently, ATT is the home of UFC welterweight champion Robbie Lawler, but there are plenty of fighters on the cusp of getting title shots as well.

One of the fighters that excites Liborio and Brown the most is middleweight contender Yoel Romero. The Cuban is currently serving a six-month suspension after testing positive for a banned substance shortly after his win over Ronald “Jacare” Souza. Romero appealed, and accepted the reduced punishment after it was concluded that he took a supplement that, unbeknownst to him, contained Ibutamoren, which is classified as a growth hormone and under the list of substances banned by USADA (United States Anti-Doping Agency).

Romero is slated to be back this summer, and Liborio expects huge things.

“Yoel is the most complete athlete I have ever worked with in my life,” Liborio said. “He’s the full package, and probably the best wrestler in MMA today. He’s a person that remained positive through this whole ordeal, and knew things would be okay. He told me he didn’t know the supplement he took was contaminated, and I believe him 100 percent. He’s going to win a belt soon. I promise you that. He never stopped training. Nothing is going to stop him.” 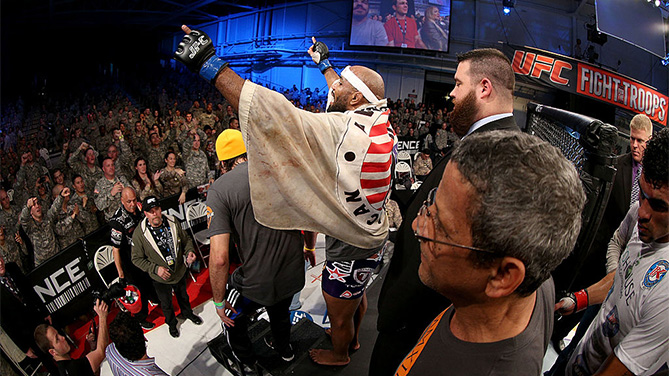 Another fighter the ATT brass have high hopes for is Jorge Masvidal. The 39-fight veteran takes on Lorenz Larkin on May 29 in Las Vegas. It will be his first fight since a tough split decision loss to Ben Henderson last November. Liborio believes fighting at 170 will give “Gamebred” the chance to display his full potential.

“He was struggling with his weight at 155,” Liborio said. “He’s a big guy, and couldn’t make lightweight anymore. He’s an amazing talent, and a guy who loves to compete. Whenever he gets a call to fight, he’s ready. He never says no to a challenge. I think he will be phenomenal at 170. He hasn’t reached his full potential yet.”

“He is so mentally tough,” Brown said of Masvidal. “He should’ve won some of those close fights, but he doesn’t let it get to him. Instead, he works on new things, and he wants to spar with the best guys and fight the best guys. This is a huge fight for him, and I think he’ll win.”

“Amanda has a great chance of winning the title from Miesha,” Brown said. “She’s very capable of finishing Miesha on the ground. She’s very well rounded, has great footwork, and is by far the most impressive women’s fighter I’ve seen at our gym.”

In the next few months several other American Top Team fighters will be in action, with Hector Lombard battling Dan Henderson on June 4, Dustin Poirier taking on Bobby Green on the same UFC 199 card, and Colby Covington returning to face Alex Garcia on June 18.

Liborio believes weight played a huge factor in Lombard’s loss to Neil Magny in March, and in Poirier’s defeat to Conor McGregor in 2014.

“The older you get, the harder it becomes to cut weight,” Liborio said about Lombard. “He’s better off at 185. He’s a beast, a genetic freak. He will do pretty well against Dan Henderson.

“Poirier is a guy that has to be constantly dieting. He’s a big guy, high bone density, and can easily balloon up to 195 pounds. He was doing damage to himself fighting at 145. He wants a title so bad, and he’s getting there. He’s truly getting there.”

As for Covington, Brown believes sky’s the limit for the 28-year old welterweight.

“He has unlimited potential,” Brown said. “He’s one of our best wrestlers; a sick wrestler. He also has a great gas tank. He reminds me a lot of Frankie Edgar, but more dynamic with his striking and footwork. The way he moves is incredible.”