Before The Ultimate Fighter 24 gets underway Wednesday night, there are a lot of things fight fans might not recognize about Timothy Elliott since his last UFC appearance in February of 2015. The most striking? The Missouri product has become a master diaper changer.

“I’m very good,” Elliott, the father of a nearly year and a half old daughter, said. “I’m a stay at home dad and I don’t do anything except parent and train. I cook, I clean, I change diapers and I work out. That’s all I do, so life is good.”

Oh, you meant fighting wise? Well, that’s changed too. Owner of a 3-0 record since a trio of losses got him released from the UFC, Elliott is not just fighting as confidently as he always has, but he’s added some technical tools to his usual berserker style. 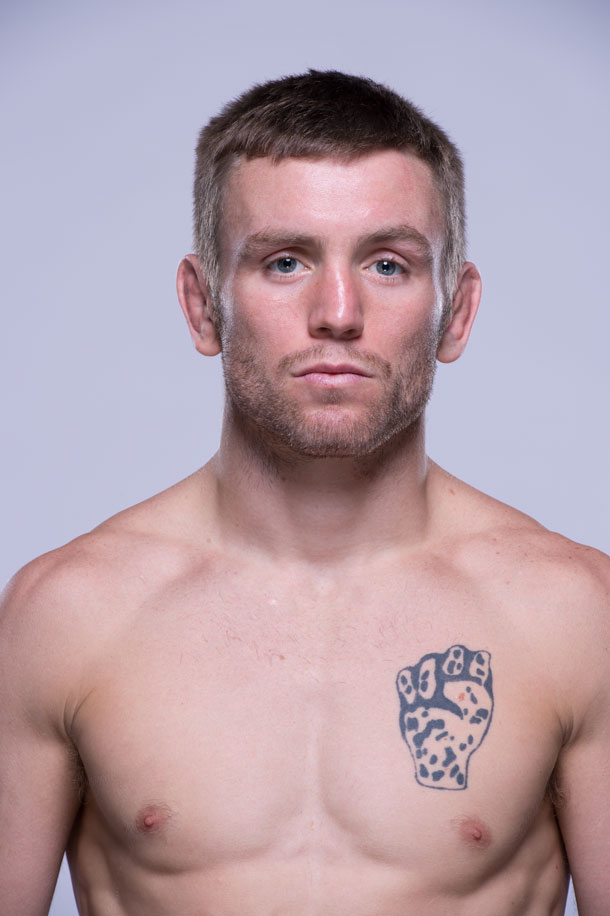 “Getting better for me was number one,” he said. “I knew that when I got into the UFC that I wasn’t really ready for it. I feel like I still performed well, but technically I was lacking a lot of skills. So getting better was number one. I knew that I could win and I knew that I could fight. I just needed to tighten some things up, and (UFC fighter) James Krause is a genius as a coach and he’s helped me out a ton. I have a stiff jab and good, straight punches along with my movement, and that’s all from him. I feel like I’ve gotten so much better since then.”

Elliott was good before. After racing out to an 8-2-1 record that included a knockout of former UFC lightweight champion Jens Pulver, Elliott got the call to the UFC in 2012, and for nearly three years he held his roster spot, winning two in a row over Jared Papazian and Louis Gaudinot before losses to Ali Bagautinov, Joseph Benavidez and Zach Makovsky put him on the outside of the Octagon. It was a move that surprised many fans. And Elliott.

“I thought that my job was secure, but at the same time, they want winners, and you’ve gotta win,” he said. “You’ve got to find a way to win and I wasn’t doing that. I don’t have any bad feelings towards the UFC at all; I completely get it. So it’s really not that surprising that after losing three in a row, I got cut. It’s a hard sport to lose three in a row in and stay relevant.”

Elliott wasn’t done yet though. Not by a longshot. Signing with Titan FC, the 29-year-old ran off three consecutive wins and earned the promotion’s flyweight title, which he successively defended twice. He was ready for his return to the big show.

“At the time I got signed to the UFC, I was still fairly green,” he said. “I had just found the gym where I’m at and I got hired and fired by the UFC before I ever even knew how to throw a jab right. So the three fights I had outside of the UFC, I felt like I had performed much better than I ever did in the UFC. I’m starting to get some technique on top of just being awkward and wild. It’s hard to explain, but I feel like I’m much better now and that maybe it (getting cut) was a good thing.”

That didn’t mean Elliott was jumping for joy when he heard about TUF 24.

“I was hoping just to win a few fights and get back in, and I didn’t really want to do The Ultimate Fighter,” he said.

Soon enough though, Elliott came around, and beginning Wednesday, viewers will watch his journey to not just get back into the UFC, but to earn a shot at flyweight champion Demetrious Johnson. Now that would be quite a comeback.

“I’m really ready for the UFC this time, so I hope I get the shot to get back out there and perform,” Elliott said.