Impa Kasanganay: Letting The Past Be The Past

Impa Kasanganay Handled His Loss To Joaquin Buckley With Incredible Grace, Back For The First Time, He Looks To Put The Loss Behind Him At UFC Fight Night: Vettori Vs Holland
By Thomas Gerbasi, on Twitter: @TGerbasi • Apr. 9, 2021

Impa Kasanganay has, yet despite being on the receiving end of what many have called one of the greatest knockouts in UFC history, he’s taken it all with class, dignity, and a maturity we could all learn from.

“I just looked at it and my dad would tell me in order to get through it, you gotta go through it,” said Kasanganay, who suffered the first loss of his pro MMA career when he got caught by a spinning back kick from Joaquin Buckley last October.

“I really wasn't mad that I got knocked out, I was like, dang, I lost,” said the 8-1 Kasanganay. “And as a fighter and a person who dominates fights and claims victory, that was not what I wanted. But I came back home and I was training that Tuesday. If you own the failure, then you own the success, and I just owned it.”

The 27-year-old laughs, recalling that he was ready for a short-notice return as soon as he got back to North Carolina, only to be told he had to sit out a customary suspension due to the knockout first. Getting back into the Octagon quickly might have been the best medicine to get over a loss like that, but instead, “Tshilobo” had to watch the finish of his fight on a seemingly endless loop everywhere he looked. And soon, he embraced every clip he saw, even saving them before adding his mantra for every day since. 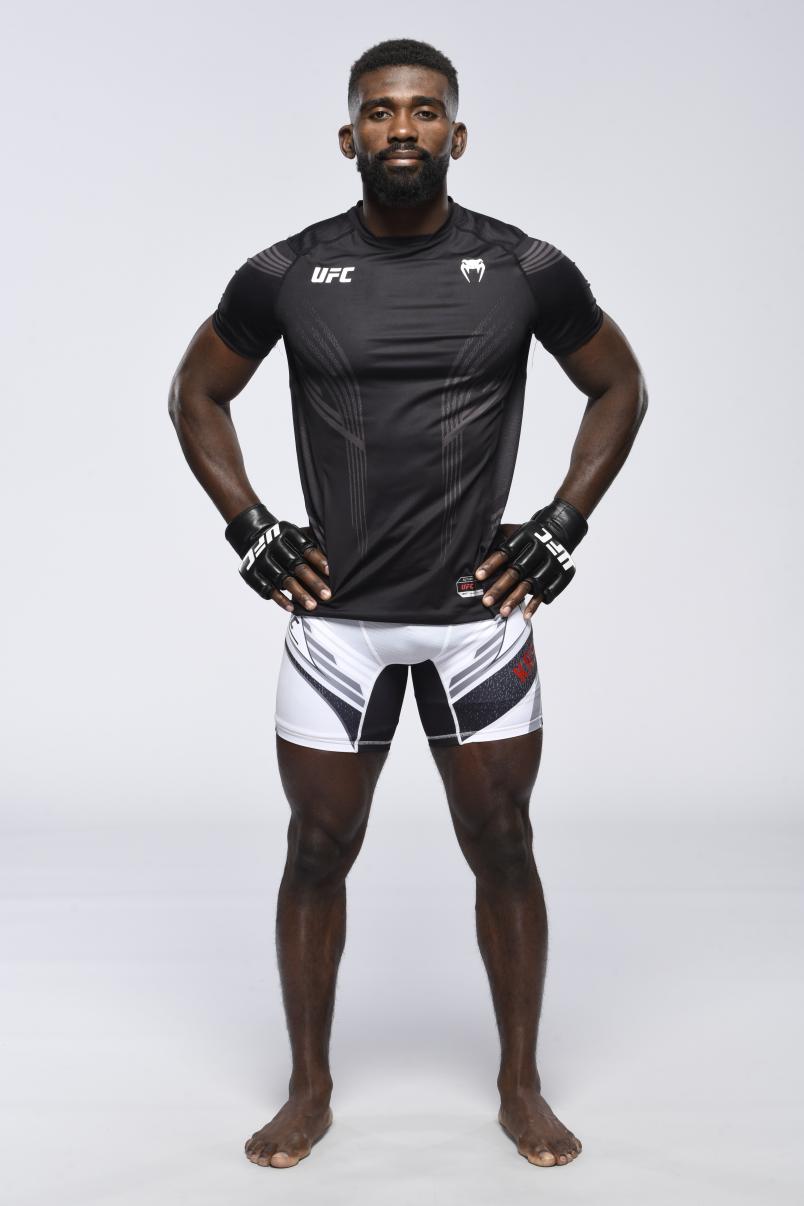 Impa Kasanganay poses for a portrait during a UFC photo session on April 7, 2021 in Las Vegas, Nevada. (Photo by Mike Roach/Zuffa LLC)

“I didn't take it as a thing that defeated me or something that destroyed me,” he said. “You know how on Instagram you can save certain posts? For a while, I would just save the post when somebody tagged me. And I have a thing that says, 'Who do I become now?'”

Who do I become now?

There wasn’t much to change on a young man who not only has the talent to do big things in mixed martial arts just three years after he began training, but who has made a positive impact on practically everyone he’s met. That’s rare in any walk of life, let alone prizefighting.

“I guess it was my parents and how they raised me to carry myself,” Kasanganay said. “I love fighting, I love being in the UFC, and I love what I get to do every day. The people around me have been huge blessings on the path that I'm on and I want to be as professional as I can be. I have a goal to be the best when it's finished, but I don't want to be that guy who did great and then you hate me for how I treated people. I want people to remember me as a person that's like, 'Man, he was always respectful no matter what.' I don't have kids yet, I'm not married yet, but when that day comes, I don't want them to look at my interviews and they're like, 'He did so well in fighting, but he was a jerk.' I want them to look at my interviews and I don't have to cringe. You see that a lot. People when they're young, they can say whatever and they don't think about 20 years later when they have kids.”

It's clear Kasanganay has being a good human covered, but when it comes to fighting, he is still young in the game and the fights don’t ever get easier on the UFC level. On Saturday, he makes his first start since the Buckley bout against fellow up and comer Sasha Palatnikov, and to show what a good guy the longtime North Carolina resident is, his own coach, Jeff Jimmo, sat him down and suggested that he find a team that can help him grow and give him the work he needs to become a champion. You don’t see that too often. At first, Kasanganay didn’t want to leave, but ultimately, he did, deciding to work with the renowned Sanford MMA team in Florida. 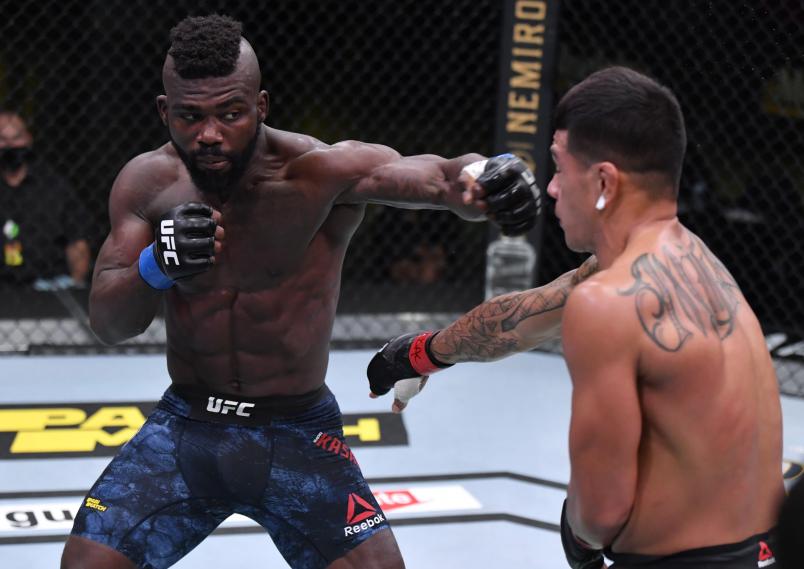 “We just decided that I needed a place where I had more consistent partners and was challenged more,” he said. “You've got guys at Sanford MMA who are here every day that you could scrap with and learn from. It's one of the best gyms in the world, and it meant a lot for somebody (Jimmo) who's taught me almost everything up until to this point to realize that I needed a change so I could be challenged and be around some of the best guys in the world and the best fighters and coaches in the world to help me grow.”

So far, so good for Kasanganay, who raves about his new coaches and training partners while admitting that sometimes he goes home from practice wondering, “What just happened?”

But when his suspension was up, his training situation was solidified and he decided that he was going to drop from middleweight to welterweight, he answered the call from the UFC for this weekend’s fight and eagerly accepted.

“I didn't come into this to become one of those guys who just fights the guys who are okay,” he said. “I came here to fight the best and become the best. When you go through something tough and you're still respected, it shows. God lets certain things happen in your life, but he'll also place certain enemies on your path, and the greater the enemy, the greater the victory. Sasha's a very good fighter and I'm honored to fight somebody like that. He had a great debut, fought with a lot of heart, fought tough, he got hurt and was feeling it, but he came back and found a way to win. I only like to fight guys who come to fight, who will fight honorably, and guys with a spirit of fighting. I've got nothing but respect for anybody that I've ever fought or will fight.”

Kasanganay has earned that respect right back and will continue to do so as he chases a world title. As for that bad moment last October, you won’t hurt him with it. He’s moved on, with a note to those who do what to keep bringing it up.

“You can play the highlight all you want, but the day I get the belt, play the highlight too,” he said. “That's my main focus, I just gotta keep moving forward. I can't change it, so all I can do now is respond to it better. Without that fight, without that being a blessing for me, I would have never been here.”