On a two-fight losing skid, Ian Heinisch is hoping a shift in training and mentality gets him back on track in the top-15.
By Thomas Gerbasi, on Twitter @tgerbasi • Jun. 3, 2020

Mickey Goldmill called it on Rocky Balboa in Rocky III. Ian Heinisch looked in the mirror after back-to-back losses to Derek Brunson and Omari Akhmedov and made the call himself.

He had gotten civilized. So he did something about it.

“For me, being in a mundane routine, you start to not appreciate things and things get old. I wanted to change things up.”

That didn’t mean taking a different route for his roadwork or simply working on his fight game. Heinisch went to Thailand, began working with the Tiger Muay Thai team and prepared for his wife to join him, as they were going to start a new life far from his native Colorado. 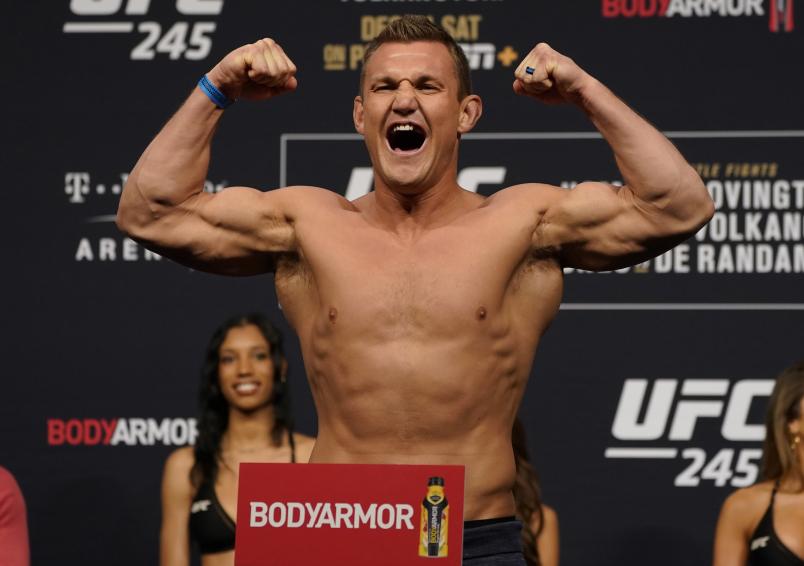 “I've still got adventure in my heart,” he said. “I went out there, I love the coaching, I love the training partners, the way of life. It's very cheap to live out there and Denver was just getting so crowded, there was the traffic, and it was not my scene anymore. I found myself driving in my car all day, eating in my car, going from one training session to the next, from the car to the gym all day. I wasn't enjoying it and it took the love out of it. I felt God called me out to Thailand.”

Then the COVID-19 pandemic arrived, and Heinisch had to put his training and his move on hold.

“I was two weeks into camp in Thailand and then the quarantine started hitting,” Heinisch said. “They shut the gym down out there and basically President Trump got on and said if you're overseas, you got 72 hours to get home. I wasn't with my wife; she was still working. The plan was to do camp out there, come back, fight and then we were gonna officially move out there. It didn't work out that way, obviously, but we're still gonna do it as planned. I felt like I needed to come back home.”

That was fine, but when he was contacted for a UFC 250 bout with Gerald Meerschaert, Heinisch had to improvise before finding training partners from the Genesis BJJ and Elevation teams following his departure from Englewood’s Factory X squad.

“I had to get in my prison mentality of just all workouts, hitting up training partners to meet at the park and spar, and eventually I found good training partners, good coaches and was able to take the fight,” he said. “We need to innovate and evolve in times like these.” 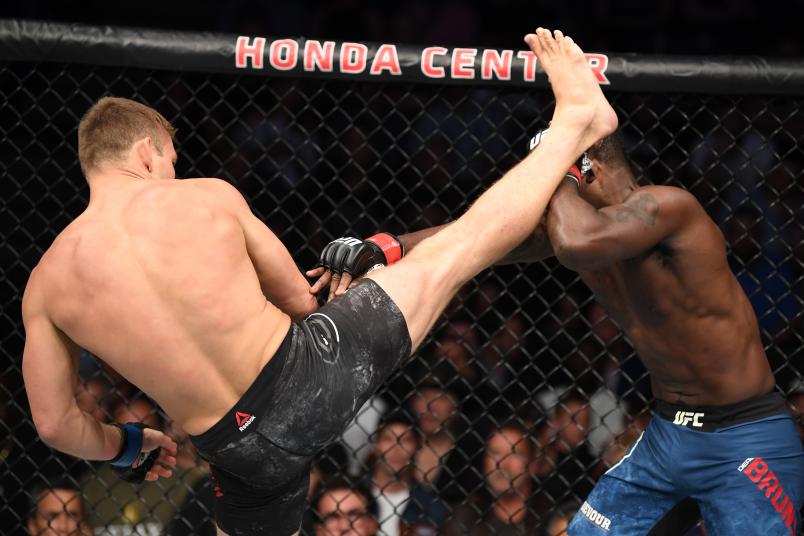 That doesn’t just apply to the physical act of training. There were mental hurdles to overcome after a 2-0 start to his UFC career turned into a 2-2 slate.

“You drop two in a row, yeah, you start to question things,” Heinisch said. “You question everything. And honestly, that's what my old coach thinks it was about, that I lost so I'm gonna try and reinvent myself. But honestly, it (staying in Colorado) wasn't me. I'm a nomad. I like to travel, I like to go around, I like adventure. My life is full of chaos and I was just getting too settled and too comfortable. And in this sport, you gotta stay uncomfortable. That's what I sought out and I've done. Finding new partners, a new look of coaching and I feel really good and confident and ready for this fight.”

And truth be told, it wasn’t like Heinisch got off to a fast start in the Octagon and then got blown out twice. As everyone knows, all losses are not created equal, and in the Brunson and Akhmedov fights, Heinisch was in them the whole way before losing a pair of decisions.

MORE FROM UFC 250: Fighters On The Rise | Fight by Fight Preview | Assuncao Has Earned Appreciation | Sterling Racing To The Throne

“For the Brunson fight, I was pretty ill that week, but no excuses, I came up short those nights,” he explains. “I felt like the fights could have went either way; they were very close. With Brunson, I definitely had the first round and he had the second and the third could have went either way and it went to him. And with Akhmedov, he had the first round for sure, the second was questionable and I definitely had the third, so yeah, these are close fights. It's inches in there when you're fighting the best guys in the world and I'm fighting the toughest guys. I've only fought ranked guys in the top 20 since I've been in the UFC and I've beaten these guys and I came up short twice, so I had to make a few adjustments. And I think these new coaches are taking me back to the basics of correcting and polishing me and not changing me at all, but just getting me back to being that aggressive wrestler, that violent guy in there. Better movement, keeping my chin down, turning my foot over on my punches, super basic stuff, and I feel like that's gonna be the huge difference. They've helped me get my confidence back and I'm ready to go in there and show the world why I'm ranked and why Gerald isn't, and go in there and put it on him and then climb the rankings again.”

Still in the top 15 at 185 pounds, the 31-year-old Heinisch has lost little, if anything, in the court of public opinion when it comes to his potential in the division. But that’s not enough for him. Not even close. In his eyes, he has to get back to being the fighter who fought through a harrowing past to turn his life around and make it to the UFC. And he believes he’s right there heading into Saturday night.

“I'm an explosive wrestler and I'm not able to take down Brunson and Omari and I'm giving up on the first attempt,” he said. “I gotta wear on these guys, I've got to be explosive and football tackle them to their back and be violent. I was trying to be too slick and trying to rely too much on being technical instead of being mean and using my basics. So I'm not so focused on just the win now. I love to do this, and I need to go perform and I know if I perform, I'm gonna win. I'm back to me, back to the old 'Hurricane' and it's gonna show June 6th.”