Ian Garry Looks To Add To The Hype At UFC 268

If you’re looking for the next big rising star, you might want to start paying attention to 23-year-old Ian Garry.

The Irish welterweight cut his teeth in Cage Warriors FC, going 7-0 and winning the promotion’s welterweight title. Along the way, he displayed well-rounded skills and used his charismatic personality to grab the attention of fans worldwide.

At UFC 268: Usman vs Covington 2, “The Future” will arrive in the UFC when he faces Jordan Williams. For Garry, the moment doesn’t feel too big; as a matter of fact, it feels just right.

“Fight week has been amazing; it’s been a great experience. I’ve been dreaming of this since I was a kid when I’d seen Conor McGregor rise, so it’s exciting to be here,” Garry told UFC.com. “To see the fighters walking around the hotel, to get the kit and just take all the photos, it’s something I’ve visualized and now I’m living it and it’s cool. Three days out from my UFC debut, it doesn’t get bigger than this.”

“It literally can’t get bigger than this. I’m 23 years of age and I’m debuting for the UFC at MSG. It’s written.”

That feeling of destiny isn’t new to Garry, as he’s felt like everything is happening just like it’s supposed to. He loves the hype surrounding his debut and believes that starting his UFC career with a bang would justify why he truly could be the next big thing. 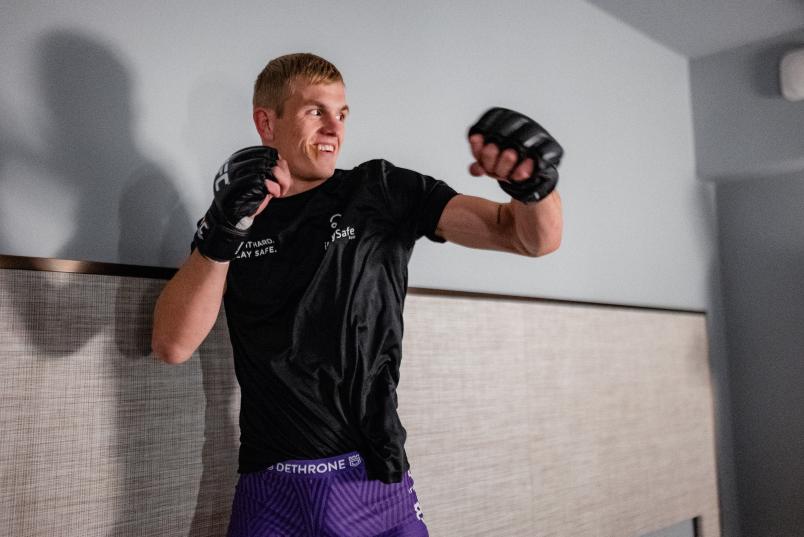 “All the hype is due to me. I am the hype. Everything I do adds to the hype. Saturday night will be no different,” Garry said. “I will add to the hype when I knock Jordan Williams out and everyone will see why I’m the future.”

Not only is Garry guaranteeing a knockout, but he is also planning on getting it done rather quickly. Garry is aiming to get the KO in 66 seconds, which would be one second faster than fellow Cage Warriors alum Conor McGregor’s debut KO.

Garry’s aspirations to become a professional MMA fighter started when he saw McGregor roll through Cage Warriors and dominate in the UFC. Garry wants that same meteoric rise that McGregor had, and getting a quicker debut win would show that he means business.

“Conor McGregor won in 67 seconds in his UFC debut so maybe 66 seconds just to show that I’m that little bit better, we’ll choose it as well. Someone is going to have to sound the clappers at 60 seconds, so I know I have six seconds to finish him, then I’ll just do it and pull it off,” Garry said with a grin. “The fact that the UFC is putting me on the biggest card of the year at MSG for my debut shows me how much they believe in me, how much they bought into the hype, and they can see that this kid is legit. For me it’s just a case of, all right, they can see it, everyone else can see it, just go out there and do what I do best, which is **** people up.” 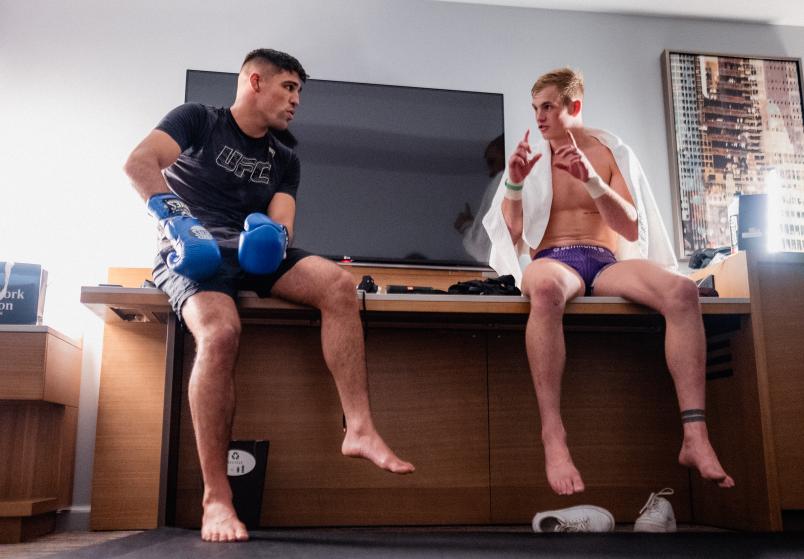 Ian Garry and Vicente Luque train at the host hotel in New York City on November 3, 2021. (Photo by Zac Pacleb)

Ian Garry and Vicente Luque train at the host hotel in New York City on November 3, 2021. (Photo by Zac Pacleb)

While he was at Cage Warriors, Garry finished five of his seven wins and dominated nearly every round he was in. He’s expecting things to be tougher at the UFC level and he’s excited for the challenges that come with the move up to the big leagues. With that being said, Garry is completely confident that he is on a completely different level than his UFC 268 opponent.

“Look, Jordan is tough and he’s durable, but there is no way he’s better than me. Skill set, belief, cardio, anything you talk about, I’m better than him at. It’s just a case of getting into that cage and proving it,” Garry said. “I mean he’s going to try his best to win, but like everyone else before him, they’ve all failed, and this will be no different. It will be like that for a long time until I’m ready to call it a day - it will be undefeated.”

Earning his stripes in the UFC will take time, but he knows an emphatic performance against Williams is the perfect first step to getting the respect Garry wants on his name. 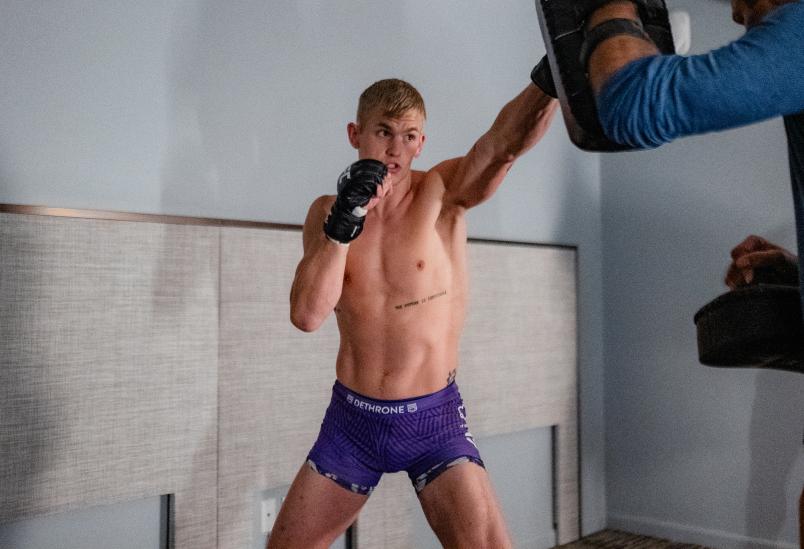 “The impression I want to leave on fight fans and for the UFC themselves after my fight is that Conor was like thunder - he was loud, brash and aggressive and took over the UFC,” Garry said. “Well, after thunder always comes lightning, and I’m the lightning. I’m a bit flashier, I’m better, I’m faster and a little bit more dangerous.”

“For anyone who doesn’t know me, just watch me. That’s all you need to do is just sit down and watch. I’ll do the rest.”