Ian Garry Is Living Out His Dream

Ian Garry can remember being at his friend’s house, eating pizza and watching Israel Adesanya compete. When he checked into the fighter hotel in Las Vegas earlier this week, it was surreal for Garry when the middleweight champion came up and started talking to him.

“I’m a fight fan, and to be involved in this, I’m just living the dream,” Garry said ahead of his bout at UFC 276: Adesanya vs Cannonier. “I get to sit here, and I do what I love every day and then I get praised to go out and beat someone up. It’s f***ing awesome. It’s ridiculous.”

Garry is feeling good heading into his third UFC fight against Gabe Green, not to mention that it’s his third fight on a pay-per-view card. He is thriving in the energy that comes along with being involved in International Fight Week.

The 24-year-old has gone 2-0 in the UFC since making his debut at Madison Square Garden last November. He tallied a first-round knockout over Jordan Williams in his debut and followed it up with a unanimous decision victory against Darian Weeks in April.

The welterweight isn’t shying away from the all the good things that have come his way thus far. 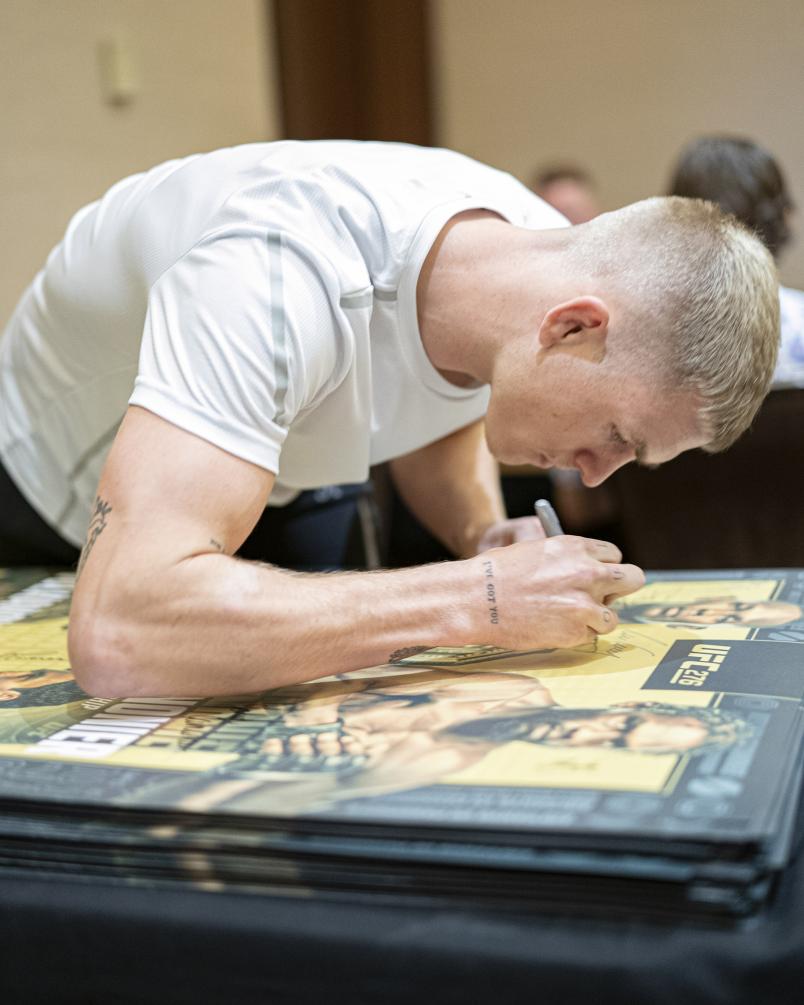 “You should embrace your success,” Garry said. “Everything in my career up until now has been a success and I should embrace that I’m in the UFC, that I’ve made it this far, that I’m here. No matter what happens, I’m here, I’ve done it already.”

His confidence is something that he has had since day one and now he says it’s transcending into every aspect of his life. There is nothing that he feels he can’t do. Every day he wakes up and has fun, and if he isn’t, he makes sure that he turns things around so that he is.

Being able to fight in front of sold-out crowds adds to Garry’s excitement.

“I could fight in the smallest venue in the world and still feel like it’s the biggest venue in the world because I enjoy it that much,” Garry said. “But to be fighting in front of sold-out arenas with thousands of fans screaming you on, it’s different. It just adds to the intensity and that’s awesome. I enjoy that. The bigger the stage, the brighter I shine.” 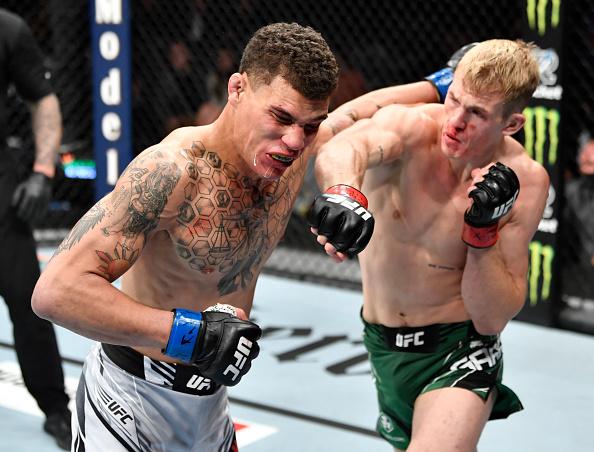 Ian Garry of Ireland punches Jordan Williams in their welterweight fight during the UFC 268 event at Madison Square Garden on November 06, 2021 in New York City. (Photo by Jeff Bottari/Zuffa LLC)

During his preparation for this fight, Garry got to do some work with welterweight Stephen “Wonderboy” Thompson. The experience is one that Garry will never forget, and he looks forward to what the future relationship with Thompson will grow into.

“To have someone like him sit there and speak so highly of my skillset and tell me about things that I can do and that I can add and that we should train together,” Garry said. “To learn from someone of his caliber, it’s special and it’s how you get better. You surround yourself with people that are the best, so you can thrive off of their skillsets and their energy and learn from them and grow.”

The stage is set for his bout against Green this weekend at T-Mobile Arena. The 29-year-old is coming into the bout on a two-fight win streak with a mission to halt Garry’s success inside the Octagon.

This will be Green’s fourth UFC fight, and he sports an overall record of 11-3. He has never been submitted before in his career; however, he has earned six victories by submission and four by knockout.

Garry isn’t naïve to the fact that Green is going to come into the fight confident, but his motto is that no one has been able to stop him so far and no one will.

“He’s going to look to fight, he’s going to look to get aggressive,” Garry said. “He’s sloppy, he’s a brawler, when he tries to rush forward, I’ll meet him in the f***ing middle, and we’ll see who hits harder. I’m looking forward to it, bring it on. I feel like I’m here with a point to prove now.”

So, what point is Garry out to prove?

“That I’m the f***ing best,” Garry said. “I’m not saying I’m the best right now, but I will be and it’s just about proving it right now that I am going to be the best. People can sit there and say whatever the f*** they want to say, but they can’t argue with three wins in the UFC and three dominant victories. They can’t, they won’t be able to. And if they do, I’ll prove them wrong again.”