A Hungrier Dennis Siver Gets Back to Work

“I’m a fighter and this is my life. I’m glad to be able to do again that one thing that I love the most.” – Dennis Siver 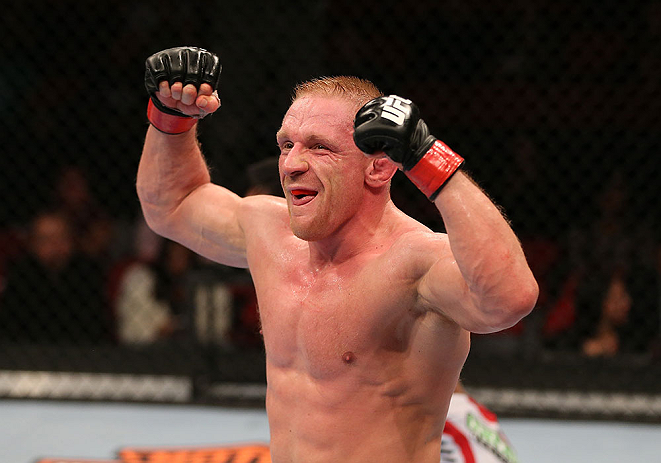 For Dennis Siver, nearly a year away from the Octagon is far too long, and he’s looking forward to the chance to entertain fans once again in Stockholm, Sweden on October 4th against the United States’ Charles Rosa at UFC Fight Night: Nelson vs Story, the opening event of a two card Saturday.

“The layoff was indeed quite long,” Siver said from his home in Germany. “On the flip side, it made me even hungrier and more determined for this fight. I’m a fighter and this is my life. I’m glad to be able to do again that one thing that I love the most.”

Rosa, a late replacement for a late replacement, is stepping in for Taylor Lapilus, who was tabbed to take the place of the injured Robert Whiteford.  But regardless of the changes, Siver says he’s not concerned with who is standing across from him when the bell rings.

“I will go into this fight exactly like I would into any fight. Winning always carries advantages – it doesn’t matter who you fight. I intend to make this fight count,” he said.

A win would be particularly sweet for the featherweight, after his last bout against Manny Gamburyan was ruled a no contest by the Nevada State Athletic Commission when Siver tested positive for a banned substance.

“It’s quite disappointing,” he said. “But this is what the commission decided and its decision stands. I made a mistake and had to pay my debt to society. Right now my main goal is to have a good fight for the fans. I’m looking forward to getting back in the Octagon.”

No matter how much time he spent outside of the ring, Siver says ring rust won’t be a factor. In fact, the former kickboxing champion used the time to make improvements to his entire arsenal.

“I’m in great shape,” he said. “I have had a fantastic camp and can’t wait to sink my teeth into this fight. If you know me, you know that I always strive to be a complete mixed martial artist. Hence, I train all aspects of the sport without favoring one over the other, thus improving my skill level gradually and consistently.”

That consistency will serve him well, as the 145-pound division continues to be one of most exciting weight classes in terms of its top tier. Jose Aldo still reigns supreme but Chad Mendes, Frankie Edgar, Cub Swanson and now Conor McGregor are all chomping at the bit for a shot at the crown.

Siver, a game veteran who is beloved fight after fight for his exciting performances and for his heart, is never too far from making a run at the title.

“That’s quite hard to determine because it always depends on how you look in your wins,” he said. “I would say that I need at least two to three good wins to be back in contention. Time will tell.”

And the Russia-born German couldn’t have picked a better place to make his return to the game.

“The fans in Sweden have always been very good to me, and I look forward to fighting there,” he said. “I love the country and the people. I would like to thank my fans for all the support they have given me over the years. I promise to keep making my fights as entertaining as I can for the fans.”