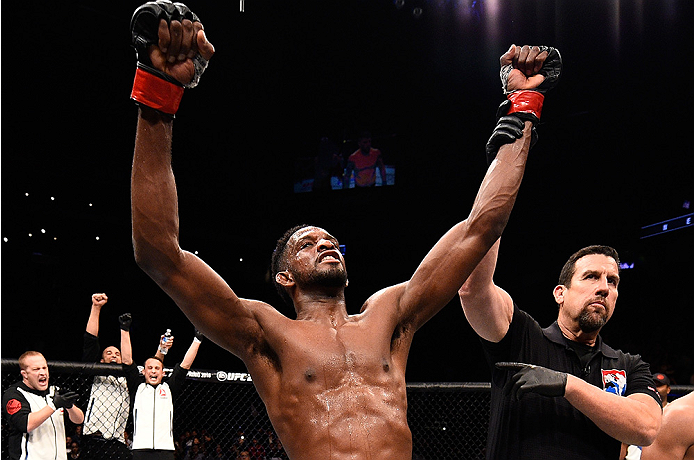 There is something about the “Mr. International” tag that Neil Magny finds suitable.

The surging welterweight has been on absolute fire over the past two years, as he’s found victory in all but one of his ten showings inside the Octagon. In addition to an activity level that even Donald “Cowboy” Cerrone could be proud of, the 28-year-old New York native has shown an impressive evolution to his skill set.

Where Magny was once a single-minded fighter with a wrestling-heavy approach, the current version of the Team Elevation standout barely resembles the competitor he was coming off The Ultimate Fighter: Team Nelson vs. Team Carwin. Magny’s rise has been the product of consistent hard work and the willingness to step up and capitalize on opportunities as they present themselves, and he’s rolled those particular dice every chance he’s had.

“Staying as active as I have has definitely done good things for me,” Magny said. “I feel like I’ve learned something I’ve needed to learn from every one of those fights. Even the fight I lost against Demian Maia taught me things I needed to know, as did my most recent fight with Kelvin Gastelum.

“I’m at the point in my career where I’m going to start getting those bigger names and the higher profile fights I want. I feel like the fights I’ve had up to this point did a good job of getting me comfortable inside the Octagon and helped me prepare myself for the bigger challenges to come. Now I’m fighting the top-ranked guys and that’s what I’m going to need in order to get to that title.”

While Magny has faced a handful of fighters from the deeper waters of his division, his next opponent will be perhaps his toughest test to date. Slated to face Cuban-born powerhouse Hector Lombard this weekend at UFC Fight Night: Mir vs. Hunt in Brisbane, Australia, Magny is in a matchup that has the potential to either catapult or significantly cool his run toward title contention.

Lombard swings serious leather inside the Octagon, and while Magny acknowledges the fierce power his opponent will possess, he admits the former Olympian’s skill set is not his primary focus heading into the bout. The only place he can put his focus is on what he’s capable of doing under the bright lights, and his belief in those abilities is what fuels his confidence that he’ll get the job done no matter the opposition in front of him.
RELATED CONTENT: Magny fighter bio | Fightography on FIGHT PASS | Free Fight: Magny vs. Kunimoto

“I don’t even look at it like [Lombard] has all this knockout power and no one wants to fight him,” Magny said. “I look at him as just another guy who is in my way of getting what I want, and that’s a shot at the title. If I have to beat a big name like Hector Lombard to get a top five opponent next, then that’s what I have to do. For me it’s all about opportunity, and Hector is that next opportunity so you bet I’m going to take it.”

By dispatching the majority of opposition he’s faced, the 170-pound talent has managed to climb up the most competitive division under the UFC banner in a short amount of time. And it’s a rise he doesn’t see slowing down anytime soon. 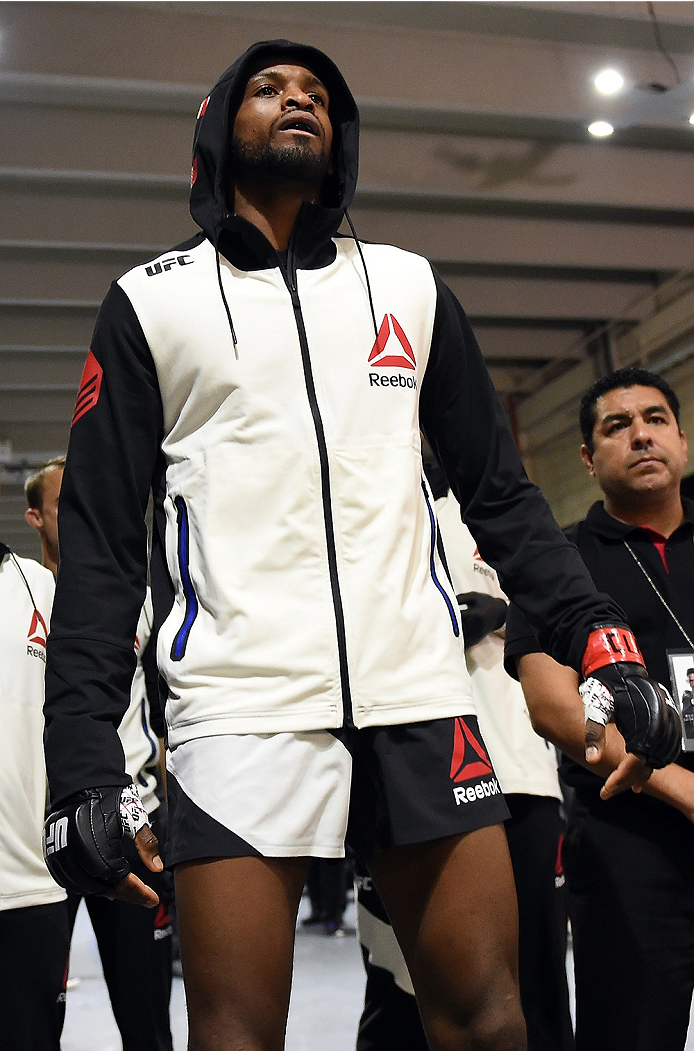 Furthermore, if it takes him traveling around the globe to get the job done, he wants the UFC to keep Mr. International’s number on speed dial. Magny knows every fighter under the UFC banner dreams about gold, but very few take the necessary time to appreciate the overall journey. Seeing the world and doing what he loves are perks of a career he refuses to take for granted, and Magny believes he can accomplish great things as long as the heart and work ethic to overcome all obstacles are firmly in place.

“It’s a great thing when you get to travel the world and do what you are passionate about,” Magny said. “I traveled a bit in the military, but this is much different and I’m not going to complain. On top of that, I get to gain all of this experience and that’s so crucial at this point in my career. I’ve been able to build myself the right way and prepare myself for when the time comes to face the best in my division.

“Every step taken has meant something different and each fight has taught me something I need to know. I’m ready to make a run for the title and I’m not going to slow down on my way to get it.”