"Suga" Rashad Evans Became The First African American To Win The Ultimate Fighter, Leaving Behind A Legacy And Career That Changed The Face Of MMA
By Thomas Gerbasi, on Twitter @tgerbasi • Feb. 24, 2021

When Rashad Evans made his UFC debut in 2005, the New York native had more pressure on his shoulders than most of the newcomers.

“Being one of the early Black athletes in the UFC, it was all about representing,” said Evans. “There wasn't a lot of us out there and as one of the ones that was out there, I really wanted to make sure that I was definitely leading the charge and showing what we can do.”

Looking at the 60 fighters making their first walk to the Octagon that year, it was only Evans, Bobby Southworth, Josh Koscheck, Brian Gassaway, Chris Sanford, Gideon Ray, Kevin Jordan, Melvin Guillard and Terry Martin representing the African American community in the UFC. And of the nine in that group, only Evans, Koscheck, Guillard and Martin had careers of five or more fights in the big show. So pretty soon, the winner of The Ultimate Fighter’s second season was like a lone ship navigating new seas.

“It did feel like that, especially when I beat somebody that I wasn't really supposed to beat and I got the hate mail and racial stuff like that,” said Evans. “But I think with the sport, everyone has grown in the process of being around it. The fans have come a long way in their view of Black athletes who fight in MMA. It's not what it was before. When I was fighting, it was rough sometimes.”

Evans stood the course, though, opening doors for his peers as he built a career that not only earned him the UFC light heavyweight title, but a place in the UFC Hall of Fame. And as he looks back, while there were some rough stretches, he’s happy that he had the opportunity to make his mark.

MORE UFC HALL OF FAME: Jones vs Gustafsson 1 | Kevin Randleman | Griffin, Bonnar, and the Night That Changed Everything

“I was really happy with the fact that the UFC gave me the opportunities that it did give me,” said Evans, a regular studio analyst on fight night as well as a former coach on The Ultimate Fighter alongside Quinton “Rampage” Jackson. “If I can say one thing about the UFC, the organization brought me along the way and it wasn't about race, it wasn't about any of those things. It was just about me being a fighter. That's one of the things I can be grateful for being in the sport of mixed martial arts. It really helped me as a Black athlete transitioning to the professional realm into being that ambassador for my people.” 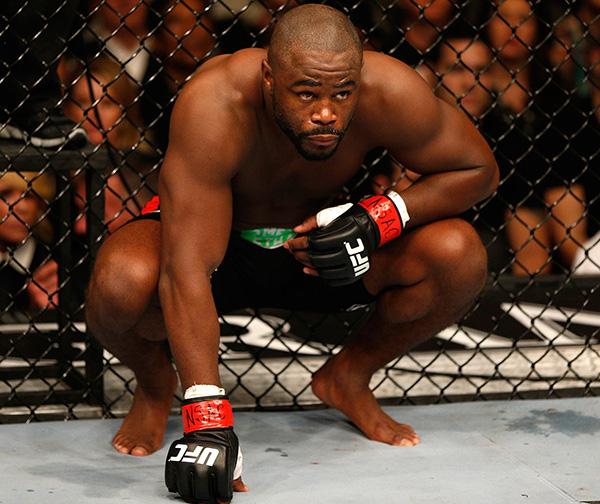 Rashad Evans prepares to face Chael Sonnen in their light heavyweight bout during the UFC 167 event inside the MGM Grand Garden Arena on November 16, 2013 in Las Vegas, Nevada. (Photo by Josh Hedges/Zuffa LLC)

That work hasn’t stopped, as Evans is now a beacon for fighters making the transition into life after competition. “Suga” hung up the gloves after a June 2018 bout against Anthony Smith, and though he admits to having the itch in the last two-and-a-half years, the 41-year-old has avoided making the mistakes so many others have.

“I got itchy, but then I had to sit down and have an honest discussion with myself because, at the end of the day, it's, okay, where does this lead? I do one more fight, two more fights, what's the point? I think right now, it's time for me to really focus on the other parts of my life that I wasn't able to do as a fighter, and those are the parts that are really gonna carry me for however long I'm gonna live. So that's where I'm really focusing.”

That means his broadcasting gigs, coaching, and most importantly time with his family, including Solaris Lance Evans, a New Year’s Eve baby welcomed by Evans and his wife Celiana. As for that itch, being around the sport does soothe it considerably.

“It really does help to be around it,” he said. “Being there with (heavyweight prospect) Greg (Hardy) and being in the gym and pushing him and watching him get ready for each of these fights and being around the other guys, it helps alleviate that feeling of wanting to compete. And here's something I didn't expect. I didn't expect to feel the way I feel about watching them achieve their goals. And that's something I really enjoy. When I watch a guy go in there and he does what we train and he's all happy and on Cloud Nine, that gives me a fullness that I can't explain and it's something I never thought I would experience being on this side of the sport.”

It's almost hard to pay attention to things like that when life is a hamster wheel of training camp, fight, training camp, fight, for so many years. But Evans has that time to breathe now, and while most Black History Months were spent in the midst of a championship-level career, in 2020, the Michigan State University alum had a chance to reflect on a year like none other, making this year’s celebration more important than ever.

“Black awareness and where we are at as a country and where we are as a people, it resonates strongly with what happened in the 60s and times before I was born,” he said. “My generation is now feeling that burden that the past generation felt before, so it strikes differently. In the generation that was after the whole movement, we kind of got lax and got soft in a lot of ways. In the last couple years, it's been a snap back to reality.”

That reality hasn’t just hit Evans’ generation, but younger folks who are getting an education far from the schoolbooks, as they learn about their history and how important it is to have that knowledge. 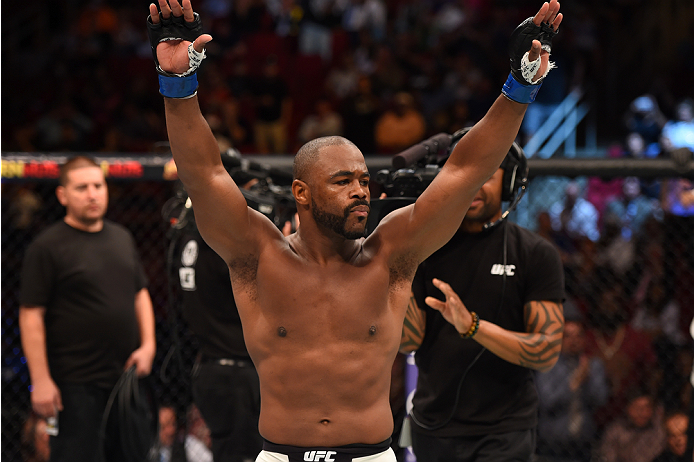 HOUSTON, TX - OCTOBER 03: Rashad Evans enters the Octagon before facing Ryan Bader in their light heavyweight bout during the UFC 192 event at the Toyota Center on October 3, 2015 in Houston, Texas. (Photo by Josh Hedges/Zuffa LLC/Zuffa LLC via Getty Images)

Rashad Evans enters the Octagon before facing Ryan Bader in their light heavyweight bout during the UFC 192 event at the Toyota Center on October 3, 2015 in Houston, Texas. (Photo by Josh Hedges/Zuffa LLC)

“It's been really good to help the younger generation to get an understanding of the historical part of where we come from as a race of people and understanding why we have the rights that we do have now and what those people who put themselves on the front line had to give up in order to get what we take for granted so much,” said Evans.

“Now these kids of this generation are starting to feel it themselves, and even for myself, it's something that I've been feeling. It gives a whole new respect for the pioneers of the human rights movement because when you're talking about laying it all on the line and not knowing how you're gonna come out of it, that's a mentality, still to this day, I don't think a lot of people have. They don't have that kind of grit. It gives a nod and an appreciation to the ones who came before us that really stood for something.”

Evans has his place in that history. Sure, some might say it’s “only” sports, but sports are an integral part of everyday life for so many, and if not for a Rashad Evans, maybe there wouldn’t be some kid wanting to follow in his footsteps in order to make his or her mark in the world through MMA. That’s important. And he knows it.

“I’m happy that I was able to pave the way and to be able to show that being Black and being African American wasn't such a stereotypical thing,” he said. “We come in all forms and we talk all kinds of different ways and we have a lot of diversity in our own ranks. I wanted to show that being Black or being African American was more than a stereotype. And that's one thing about the sport that it was able to help me do. It was able to help me transcend those stereotypes that really keep people divided.”