Top-ranked Bantamweight Aljamain Sterling Reflects On The Factors That Made Him Who He Is Today, Ahead Of His First Title Shot At UFC 259
By Thomas Gerbasi, on Twitter @tgerbasi • Feb. 18, 2021

Listen to Aljamain Sterling talk at length about any topic, particularly ones affecting everyday life in tumultuous times, and the first thing that may pop into your head is, “How is he so well-adjusted in a crazy world?”

“I was a very angry kid, so sometimes I wonder that about myself,” said Sterling. “I don't even know how I got to this person that I am today, because it's the polar opposite of who I was growing up as a youth. It's cool, though, to see the changes - how I talk, how I dress, how I treat people.

"I was never a d**k to people, but I definitely notice that I treat people a lot different because from my experiences, some things can go very bad really quick because you never know the people you're dealing with out in the streets and you don't know what they're capable of.” 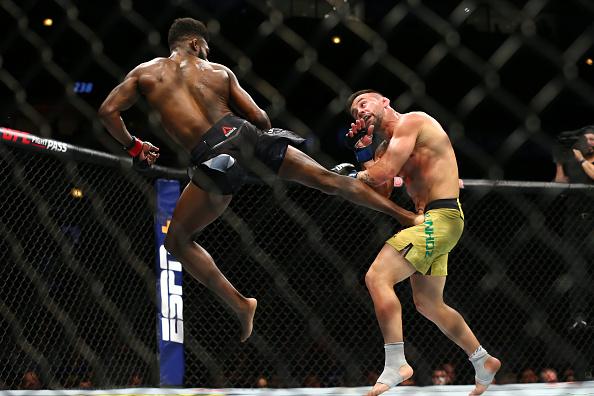 At 31, Sterling isn’t an angry kid, or even a kid anymore. The New Yorker is the number one ranked bantamweight in the world, he’s a little over two weeks removed from his first world title shot against Petr Yan on March 6, he’s recently engaged, and the Jamaican American is eager to get the MMA scene thriving back in Jamaica. In other words, the “Funk Master” is quite a busy guy, and he’s far removed from where he might have thought he’d be growing up in Long Island.

“I'm older now and I've learned a lot from my mistakes and other people's mistakes, seeing the way that they live and the trouble that it caused for them and the path that I wanted to choose once upon a time,” he said. “And I'm just glad I never went down those roads.”

In a lot of ways, Sterling will admit that it was wrestling that set him on the right path. First off, it got him out of a home occupied by an abusive father, as detailed in the UFC Fight Pass film “Not Broken,” directed by Rory Karpf and produced by Corey Frost. But it also took him out of a comfort zone and forced him into an environment where he now had to interact with teammates who didn’t have the same background as he did.

“I always felt like I was like everybody else, but I didn't feel like I was treated like everybody else,” Sterling said of his early years. “That was the difference for me. I felt things were a little bit tough in the sense of, you didn't know where you would be accepted. And with that being said, I would always stick to my own neighborhood, my own neck of the woods, because I just didn't want to have those potential issues that you see time and time again. I didn't want them to happen to me.

“It wasn't until I started wrestling that I started to realize that not everybody was out to get you, and there are some really good people out there who aren't people that look like you, and that's the cool thing about it,” he continues. “So, with that being said, I think wrestling in itself helped me to mature to become a better version of myself and see things differently. It's not like it's not there, but at the same time, you can't make everything about that because not everyone is like that.”

Race is a prevalent issue, though, and unfortunately, it always has been. But these days, Sterling notices that a younger generation is paying attention even more closely to what’s going on in the world while actively trying to promote change. It wasn’t necessarily how he was growing up, but it’s certainly the way he is now.

“I definitely agree that the kids of today's generation are paying attention a lot more to what's going on in the news,” he said. “I'll admit that when I was younger, I never really paid attention to anything. It was just about me, my friends and doing boy stuff and being young teens and not really having an interest in how you got to where you are in terms of your history. And I made sure I made that a huge part of my adulthood - the teachings and the stuff that I want to learn about. It's nice to see kids look at things in a little bit of a different lens and they are paying attention. They're a lot more involved in their society and their community and making sure they're taking notice of things that can potentially happen to them and things that they want to change or be better for everybody else.”

In 2020, it’s not an exaggeration to say that the world exploded on so many levels. Between the COVID-19 pandemic, a contentious U.S. Presidential race and the social justice movements that took place across the globe, everyone was affected on some level, and those in the public eye, like Sterling, had the platform to speak their mind on everything going on. It was a revealing look into a world and a way of life many have not experienced. 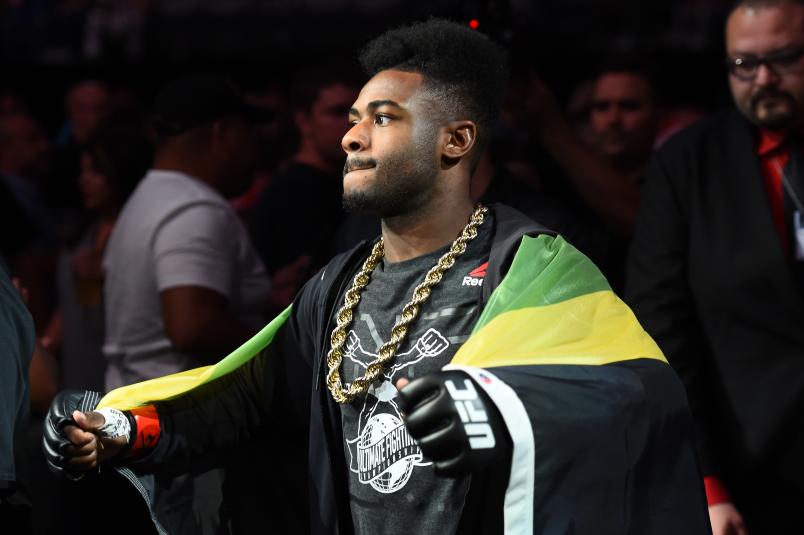 Aljamain Sterling walks to the Octagon before his bantamweight fight against Cody Stamann during the UFC 228 event at American Airlines Center on September 8, 2018 in Dallas, Texas. (Photo by Josh Hedges/Zuffa LLC)

“Some people do have diverse backgrounds and then there are some places that are super closed off in terms of you not seeing people of color in their neck of the woods almost ever,” Sterling said. “And when you do, it's a rare commodity and people don't know how to interact with people that they only see on TV. So their knowledge only goes to what they see on TV; they don't really understand. So they see something on the news that portrays certain people as bad, that's the way that they see it.

"It's unfortunate that's the way that things are, but I think things have gotten a lot better and I also think the same thing in terms of our public servants. I think if they're in neighborhoods where they're uncomfortable and they've never had interactions with people of other races, it's gonna be hard for them to understand where people are coming from and hard for them to relate. And when you're in a situation like that, it's easy to get scared and easy to want to do things that you normally wouldn't do because you're just uncomfortable in those situations.”

It's a mature approach to a complex matter that really comes down to a simple solution, whether it has to do with race relations, politics, or anything that has to do with human interaction.

“I see it as simple as treating everybody as you would your mom or your dad,” Sterling said. “If you don't like your mom and your dad, then your grandparents or someone who you care about. Treat it like that.”