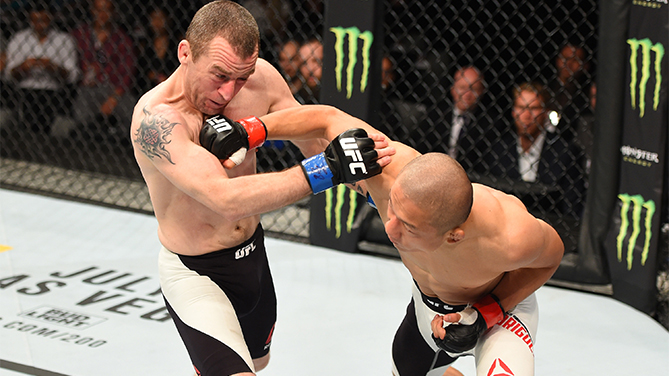 Top five flyweight contender Kyoji Horiguchi kept his spot among the best 125-pounders in the world intact Sunday at the Rotterdam Ahoy in the Netherlands, winning an impressive three-round unanimous decision over Neil Seery in UFC Fight Night prelim action.

Horiguchi landed with the first right he threw, and seconds later, a left put Seery on the deck in trouble. But the gritty Irishman shook off the effects of the blow and found his way back to his feet, where he tried to figure out the speed and angles presented by the Tokyo product. With two minutes left, Horiguchi took the bout to the mat, where he continued to have success before rising and finishing off the round with more impressive displays of striking.

Now bloodied by Horiguchi’s attack, Seery kept showing his toughness in round two, but the Japanese star wasn’t slowing down on the feet or the mat, putting “2Tap” in a deeper hole on the scorecards.

With a little over three minutes to go in the fight, a left hand staggered Seery and a right hand did the same moments later, but the Dubliner never stopped moving forward. The fight belonged to Horiguchi though, as he showed the improvements in his game since moving to the American Top Team squad in Florida. 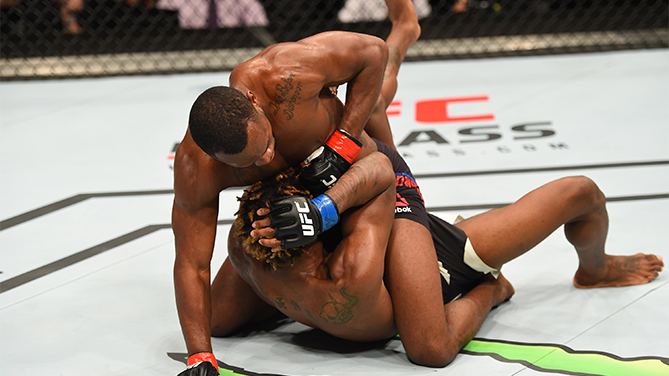 The first round turned into a grappling match, with Edwards dominating the action on the mat thanks to his ability to hold the mount position for nearly two minutes.

Waters got on the board in the second with two thudding takedowns, yet some early ground control and a flash knockdown by Edwards may have kept the Brit in the lead.

Hoping to turn things around in the final frame, Waters briefly jarred Edwards with a punch to the head that allowed him to get a takedown. Edwards found an opening to get back to his feet and did, and from there, he remained upright, punishing Waters on every subsequent takedown attempt. 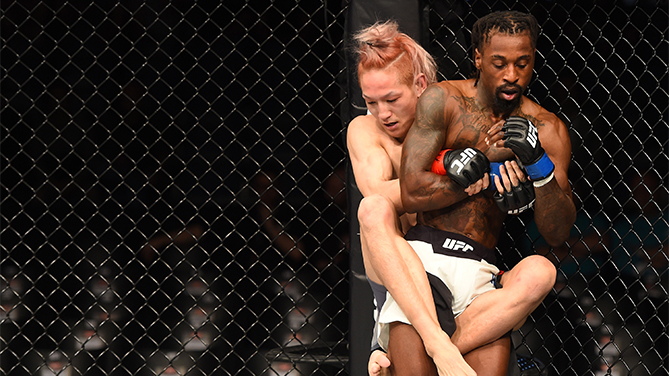 Japan’s Ulka Sasaki made a successful debut in the flyweight division, submitting Willie Gates in the second round.

Sasaki controlled the first three minutes of the bout thanks to his grappling attack, but in the latter stages of the opening round, a right uppercut rocked Sasaki, with a jarring knee following moments later, putting momentum firmly in Gates’ corner.

But in the second, Sasaki made sure to avoid a striking match, quickly getting Gates to the mat once more. This time, he closed the show, sinking in a rear naked choke that forced the Californian to tap out at 3:30 of round two.