Hominick Retires from MMA at 30

One of MMA's most beloved stars begins the post-Octagon chapter of his life. 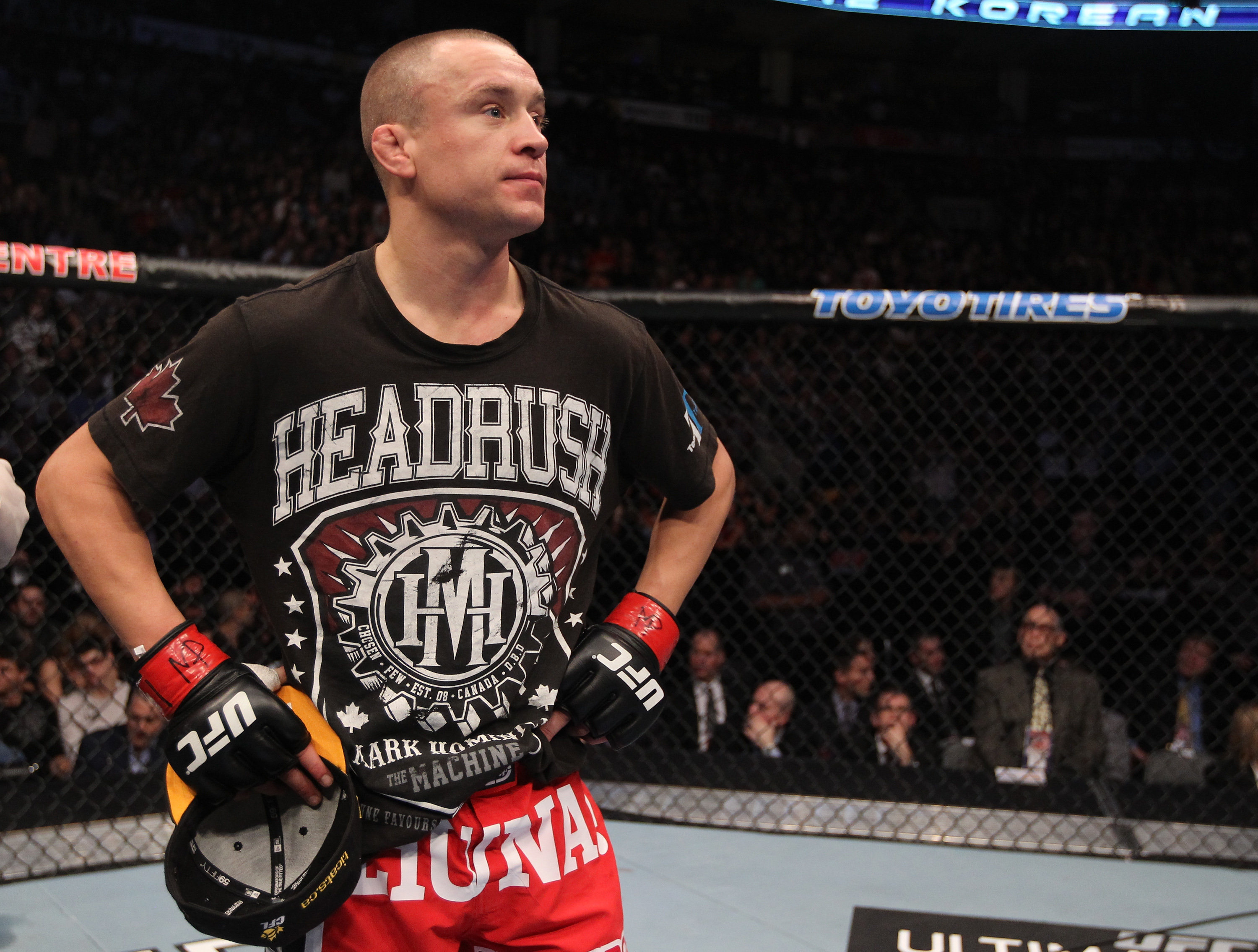 There are plenty of athletes in mixed martial arts who have earned the comment “you don’t seem like a fighter,” but no one really pulled it off like Mark Hominick. In a sport full of class acts, the Thamesford, Ontario native – who retired at the age of 30 Tuesday – may have been the classiest.

Soft-spoken, polite, always generous with his time, and willing to help out at a moment’s notice for anything, including a last-minute quote on fight week, Hominick was an ambassador for the sport in the days when it needed one the most. So when he would reveal that his parents really didn’t want him to pursue the sport professionally, especially with a Business and Administration degree from the University of Windsor in his hand, that wasn’t surprising, because once you talked to him, you didn’t want to see him get hit either.

That never bothered “The Machine” though, simply because beneath the smiling exterior, he was always all fighter. A protégé of the late Shawn Tompkins, Hominick came up with his two brothers in arms, Sam Stout and Chris Horodecki, and together, the trio of young guns from Canada thrilled fans around the world with their brand of MMA magic.

A pro since 2002, Hominick made his name on the local circuit, losing some, winning most, but always showing up to deliver a fight. In 2006, he was called in for his UFC debut against Yves Edwards, who at that time was considered by many to be one of the best, if not the best, lightweights in the world. Hominick stunned Edwards and the MMA world with a second round submission win, and things would never be the same for the humble kid from Ontario ever again. He was destined for the world stage, and for most of the ensuing six years that’s where he would remain, whether in the UFC or the WEC, where he finally got to compete at 145 pounds and not give away the physical advantages he was surrendering at lightweight.

By 2010, Hominick would hit his stride at featherweight, submitting Bryan Caraway, stopping Yves Jabouin, and decisioning Leonard Garcia. At the end of that year, the WEC would merge with the UFC, and after Hominick knocked out George Roop in January of 2011, he got a title shot with Jose Aldo at UFC 129 in April of that year.

Hominick’s first UFC title fight was also his first bout in his home province, and in front of over 55,000 fans to boot. He didn’t win that night in Toronto, but his gutsy five round effort pushed Aldo to the limit and earned the pair Fight of the Night honors.

Defeats against Chan Sung Jung, Eddie Yagin (another Fight of the Night performance), and Pablo Garza would put a cap on Hominick’s 20-12 pro career, but no losses would hit him as hard as those of his father and of Tompkins. Hominick soldiered on, and with his marriage and the birth of his daughter Raeya (the couple also has another child on the way), he has plenty of joy in his life to temper that sadness he handled with a brave face over the last few years.

And though most would argue that, at 30, he still has plenty to offer to the fight game, sometimes the wisest move is to leave when you know you still can compete with the best in the world, and that’s what Hominick did Tuesday.

Simply put, no one deserves a happy retirement more.