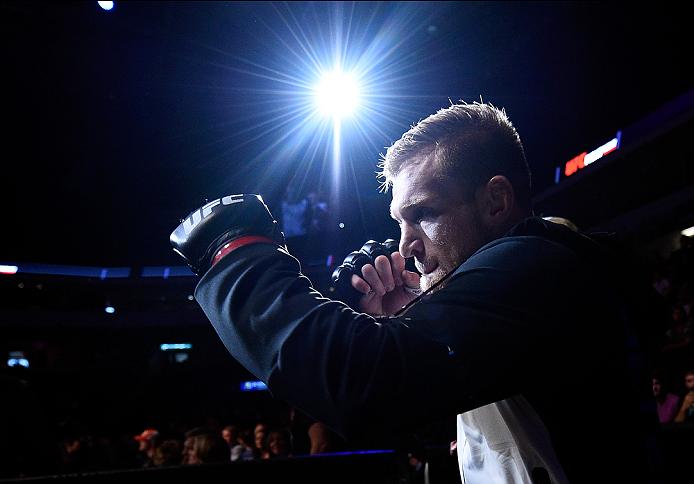 From baseball to hockey to mixed martial arts, Scott Holtzman was seemingly destined for life as a professional athlete. But before he moves off to the PGA Tour or something else, it begs the question, what has kept him in MMA while he “turned the page” on his time on the diamond and rink?

“I still feel like there’s some unfinished business,” said Holtzman, who faces Michael McBride in a UFC Fight Night bout this Saturday. “MMA takes a little while to develop and it can take a long time. You need plenty of experience, and I feel like I’m just getting started, so I’m not ready to call it quits or anything like that.”

And why would he? Just 11 fights into his pro career, the 33-year-old Holtzman has become one of the lightweight division’s top prospects, and while he would prefer that his 2-2 UFC record was 4-0, he’s taken his decision losses to Drew Dober and Josh Emmett as building blocks for future success and not merely setbacks.

“They were hard fights,” he said. “I lost a couple positions that ultimately lost me the fight. But I got tons of ring time and they were both good learning experiences. So you go back to that positive reaffirmation and you believe in yourself and after losses you figure out who’s on your side and who’s not.”
RELATED CONTENT: Holtzman fighter bio | Matchup with Michael McBride

Ah, the backlash that every prospect eventually experiences. When Knoxville’s Holtzman debuted in the UFC in August 2015, he was in his home state of Nashville, unbeaten in seven fights and the toast of the town. He didn’t disappoint that night, submitting Anthony Christodoulou with relative ease. But the losses to Dober and Emmett, which sandwiched a win over Cody Pfister, had some taking shots at “Hot Sauce.”

“I’m a winner,” Holtzman said. “I always have been and I’ve always been a competitor. That’s why I’m in the UFC. I believe in myself, but when you lose, it’s funny. People will turn their back on you. It doesn’t matter if you were winning 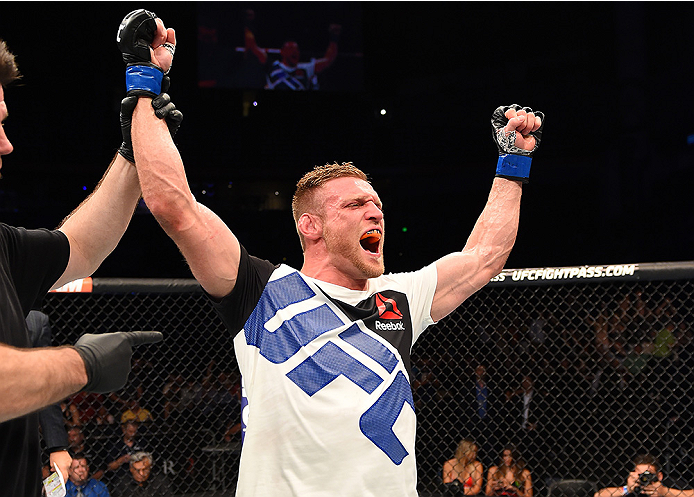 14 minutes and 20 seconds of the fight, you get clipped wrong on the chin and everybody turns against you and all of a sudden, you’re not worth anything anymore and you don’t belong in the UFC and you’re a bum. So the fights were close, but when people look back at my record, it’s still a loss.”

Instances like this get Holtzman fired up, and when you hear that in his voice, it’s clear that every time he makes the walk, he’s prepared to leave it all in the Octagon in search of victory. And when it comes to people having his back, he’s got plenty of them at the MMA Lab in Arizona, and they’ve got him feeling good about the future.

“As far as belonging in the UFC, I know I can hang with those guys, and I think you reaffirm that in your training,” he said. “We have tons of UFC guys at our gym at the Lab and you build those fundamentals and test yourself every day against those guys. (This Saturday) I have to be ready for everything and it’s another puzzle. I have to be fundamentally sound, and I think with every win, you graduate to the next level. But I think after this win, I want to get back on track with a well-established opponent.”

To get that win, he only has two and a half hours to drive to the place where he first announced his arrival to the UFC faithful. To some, that would be a call to be a little superstitious. To Holtzman, it’s more fuel for the fire.

“I wouldn’t say I’m superstitious about it, but I have never lost in Tennessee and I’m using that as motivation,” he said. “I’m sure when my legs are burning in the third round, that crowd will push me. I’m coming with the full arsenal of offensive assault in Tennessee. I’m relaxed, well-trained and ready to fire off some missiles.”