Holtzman believes he hasn't reached his potential, has to prove himself at UFC 229 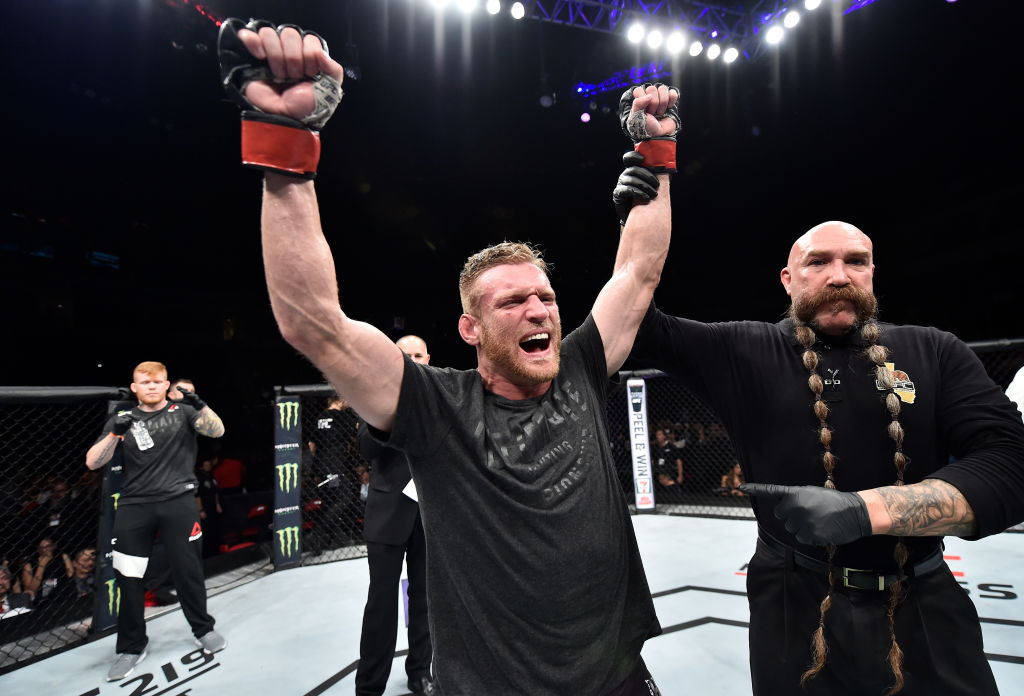 There are a lot of fighters in the UFC who would be more than happy with a 4-2 record in the Octagon and a spot on the biggest card of 2018 this Saturday in Las Vegas. And don’t get Scott Holtzman wrong; he appreciates where he’s at and what he’s done.

He just wants more. That’s the mark of a perfectionist, a trait the 35-year-old Tennessee native admits that he’s battled with. He even went as far as to track down former lightweight champion Frankie Edgar in Fresno last December, shortly after “Hot Sauce” made it two wins in a row with a decision victory over Darrell Horcher.

“I was unhappy with my performance, and I’ve never really been happy with any of the performances because of that perfectionist nature,” said Holtzman. “So I asked Frankie, who was cornering Marlon Moraes that night, ‘Have you ever been happy with any of your fights, even the wins?’ And he just kinda shook his head and said, ‘No, I haven’t.’ So I’m kinda in the same boat. But I’ve come to terms where I know I’ll never be a hundred percent happy, but I want to be able to look at myself in the mirror and be like, ‘Hey man, you fought your ass off and did some really good things and fought up to your potential.’”

That’s progress, though Holtzman will still be his harshest critic. Even when complimented on being someone who has already established a reputation in the UFC as being a tough out, he responds with a chuckle, “I don’t ever plan on being the out.”

But the former college baseball player knows what I’m getting at.

“I always plan on being the bull and imposing my will,” he said. “And I think anybody who knows me or anybody who fights me, they know that I’m a dog and I’m coming forward and it’s gonna be a long night. And I’m never gonna go away. I’m gonna keep coming forward, no matter what.”

Holtzman can learn some slick jiu-jitsu moves or some spinning techniques to use in his standup game, but the other stuff that makes him a tough out, that can’t be taught, and if you don’t have that grit, making it to the top is going to either be a struggle or an impossible dream. On this, we can agree.

“I think some of that stuff you either have or you don’t,” Holtzman said. “But you can also develop some of that in the gym. You go through a lot of fights in the gym and you develop some of that toughness. I really think training with (former WEC / UFC champion) Benson Henderson over the past six years, he’s the ultimate junkyard dog and you learn how to be tough after a while, especially at The (MMA) Lab. You’re in here with a bunch of sharks, so you either sink real fast or you swim. There’s no choice. So I think some of that’s learned, but the other part is getting your hard hat and your lunch pail out and going to work and not taking ‘no’ for an answer. I think that’s how I was able to get to the UFC and that’s why I’m still there.”

And now he has the opportunity to earn his first three-fight winning streak in the Octagon if he can get by 15-1 Brazilian standout Alan Patrick. But getting by isn’t enough for Holtzman heading into this UFC 229 bout. He wants to nab his first finish since his UFC debut against Anthony Christodoulou in 2015.

“I’ve fought a little more safe a couple fights and then I’ve taken more risks in a couple fights too, and I think where I’m at now, it’s time to make a decision and take some risks and try to get this guy out of here,” said Holtzman, who isn’t too concerned with what Patrick brings to the table. The way he’s approaching this fight, it’s all about the man in the mirror.

“I really think this fight is more about me than anybody else, so it’s just performing up to my potential,” he said. “I don’t feel like I’ve done that so far, so this one is really about putting on a good performance for myself.”