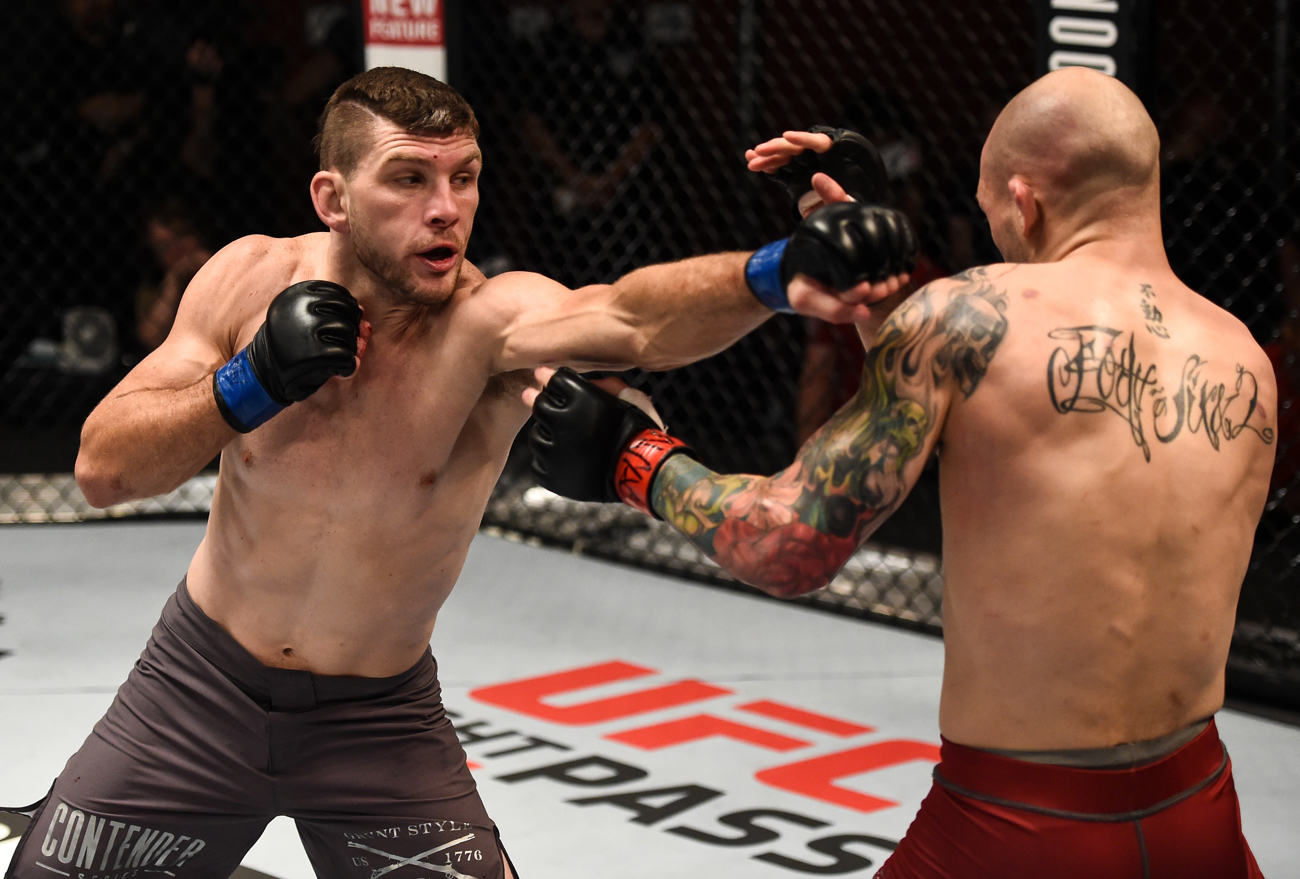 Kurt Holobaugh punches Matt Bessette during Dana White's Tuesday Night Contender Series" align="center" />
After going 9-0 to kick off his pro MMA career, Kurt Holobaugh was on the fast track as 2013 began. Yet by the time the summer rolled around, he was 9-2 and looking to regroup following losses in Strikeforce to Pat Healy and in the UFC to Steven Siler.

Four years later, the Louisiana native is back in the big show following a first-round knockout of Matt Bessette on week one of Dana White’s Tuesday Night Contender Series on July 11.

“When I was there (the UFC) the first time, it never sunk in, it never hit me that, ‘Okay, you just made it to the UFC, you just accomplished something that thousands and thousands of fighters may never accomplish in their MMA careers, no matter how good they are,’” Holobaugh said.

“I’m just a small town kid. I’m not famous, no family members have ever been on TV or anything like that, and I’m the first. I didn’t recognize where I was at at that time. Now it’s like I’ve been there, I’ve done that and it’s time to go for some UFC gold.”
JOIN UFC FIGHT PASS TO WATCH UPCOMING WEEKS OF DANA WHITE'S TUESDAY NIGHT CONTENDER SERIES

Fighters often mature at different stages. Some like Chris Weidman can jump into the Octagon after four fights and go on to win a world title. Others need some more seasoning. That was apparently the case for Holobaugh, who didn’t get blown out in his decision defeats to Healy and Siler, but who also didn’t get the opportunity to make another statement in the UFC before his release.

That stung a bit as he went back to the regional circuit and began re-establishing himself, especially when he watched some fighters with lesser resumes get shots in the big show.

“You had a lot of guys who are in the UFC who didn’t work their way up like a lot of the fighters did, and I did,” he said. “I worked my way up, I had to fight extremely tough fights outside the organization and then you see guys come in with five or six fights, getting in the UFC, losing, getting second chances. I’m 18-4 as a pro right now, and there are guys I know I would easily take out that are in my division, but I can tell you being cut and having to go back and getting the experience that I’ve gotten now outside the UFC has helped out tremendously.”

Between the Siler fight and his win over Bessette, Holobaugh went 8-2 with victories over standouts Desmond Green, Yosdenis Cedeno and Gesias Cavalcante. Five of those wins were finishes, with his only losses again coming by decision. So he was expecting a call any day before it came…not for a UFC fight, but the headliner of the first DWTNCS show.

“I knew with me and Bessette, we were the two most high-level guys and we had the biggest records. He was 22-7, I was 17-4 and I think that was the reason why we were the main event. Not saying that they didn’t have other good guys out there, but we were the more experienced guys and the guys that have been fighting all around the UFC for years. So I figured with an impressive win I was definitely gonna go (to the UFC).”

The 30-year-old was impressive in knocking Bessette out in less than three minutes, and when it was over, he got his UFC contract. And he has no plans to let go of it.

“I worked so hard to get back and I know what it takes now,” Holobaugh said. “I’ve been here before and I’m not a rookie. I’m not gonna make the same rookie mistakes I made in my previous run and I think I showed that when I stepped up in front of Dana White on his own show. So I’m ready for this now, and I’m gonna show it.”