Holm can relate to the expectations surrounding UFC newcomer Anderson

Once upon a time @HollyHolm was set to make her much-anticipated UFC debut. Now it's @MeganA_mma's turn. The former champ spoke about those expectations and the matchup vs. Anderson today at #UFC225 media day. pic.twitter.com/XPeZRNujeE
— UFC News (@UFCNews) June 8, 2018

Holly Holm knows all about dealing with the pressure and expectations that come with making your UFC debut. She would go on to win her first three UFC showdowns, including an epic second-round knockout of the seemingly invincible Ronda Rousey.

The former bantamweight champion feels those same expectations remain on her today, as she has continued to improve her craft. Holm’s opponent at UFC 225 in Chicago is Megan Anderson, who is making her UFC debut after an impressive run in Invicta FC. The two fighters will meet in the first non-title featherweight fight in UFC history.

At Ultimate Media Day Holm told reporters that when she made her first appearance in the Octagon it was her self-belief that allowed her to jump-start her UFC career.

“I just felt like I was going to do my thing and fight the best I can because that’s all I can do rather than really wear myself out with a lot of over stressing about [expectations],” Holm said. “I came in and believed in myself to do it.” 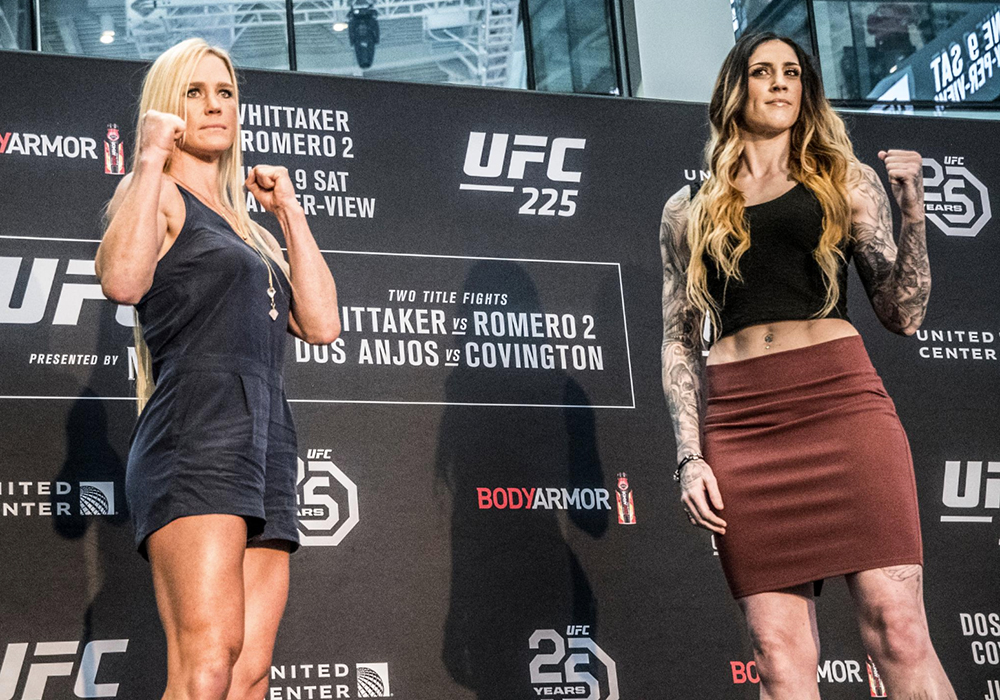 And while Holm relates to the hype and expectations surrounding Anderson, she hopes the parallels between the two ends once the Octagon door closes Saturday.

“I know she’s trying to come in and make a name for herself and make big waves. So I just want to be ready to shut that down.”

Watch Holm and Anderson battle it out from live on Pay Per View this Saturday at 10PM/7PM ETPT.