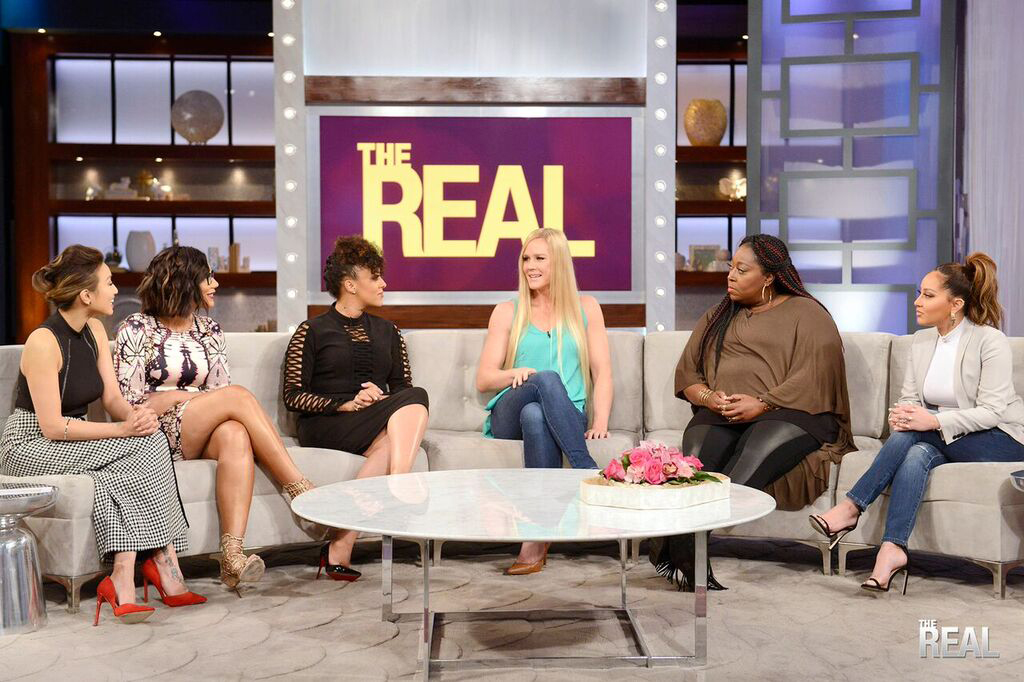 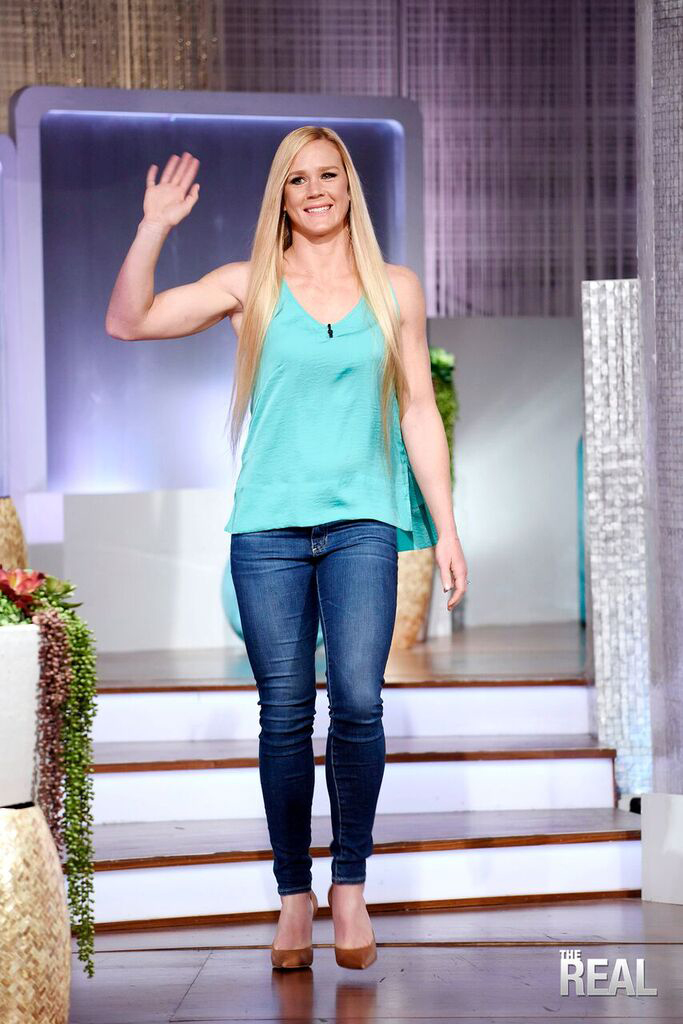 Asked by host Loni Love whether she’s feeling any pressure, Holm says the matchup against Tate puts her up against a fighter “with more experience than Ronda (Rousey) in terms of time in the ring.

“She’s had a lot of battles that she’s gone through and she’s come back. She’s been behind in fights, come back and been victorious,” Holm says. “She’s very, very good in scrambles and has a whole different background than Ronda.”

This is the first time a UFC athlete has appeared on THE REAL, a daily one-hour talk show hosted by the team of Love, Tamar Braxton, Tamera Mowry-Housley, Jeannie Mai and Adrienne Bailon on FOX television stations.

Holm says this is not a fight she is taking lightly, and “styles make a different fight.”