Holly Holm, on the brink of history, back home at 145 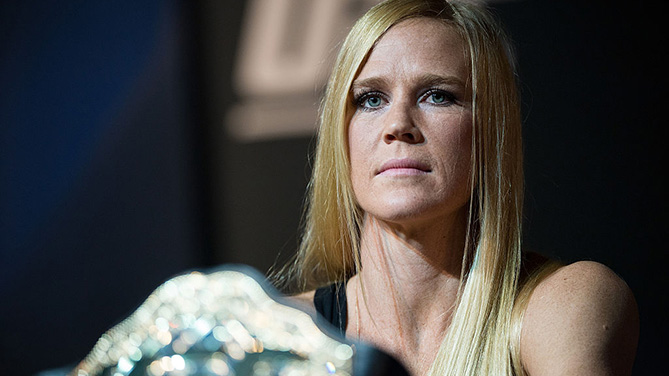 Holly Holm will never be confused with Tony Soprano, but the former UFC women’s bantamweight champion would likely agree with the fictional gangster’s assertion that, “‘Remember when’ is the lowest form of conversation.”

So when it was announced that Holm will lead the Class of 2017 for the International Women’s Boxing Hall of Fame after a ring career that saw her win multiple world titles in three weight divisions, the Albuquerque native was her usual classy and gracious self. But she was not about to break training camp for her UFC 208 main event in order to celebrate, either.

“Anytime anything like that happens, I just think, ‘You know what, I need to keep working,’” she said. “I want to keep competing. I don’t want to stop now just because there’s been recognition.

“I want to make that recognition truthful, so I want to keep doing well so it’s not like, ‘Why is Holly Holm nominated for that?’” she added with a laugh. “It’s a motivation to keep improving and keep going forward.”

It’s the smartest course of action for a fighter on the verge of history once more. On Feb. 11 in Brooklyn’s Barclays Center, Holm will fight Germaine de Randamie in a five-round bout that will crown the UFC’s first female featherweight champion. That’s historic enough, but Holm has even more incentive, as a victory will see her join BJ Penn, Randy Couture and Conor McGregor as the only fighters to win titles in two weight classes.

So there’s no time for looking back, and even when she does reminisce, it’s only when she’s with the team tasked with preparing her for the next battle.

“Every now and then I look back, and when I think about it, it’s when I’m sitting with my team after training and we start talking about fight stories,” Holm said. “We start with old stories and then we start elaborating and go to newer stories and sometimes when I talk with my team like that, those are moments when I think, man, this has been a crazy ride. 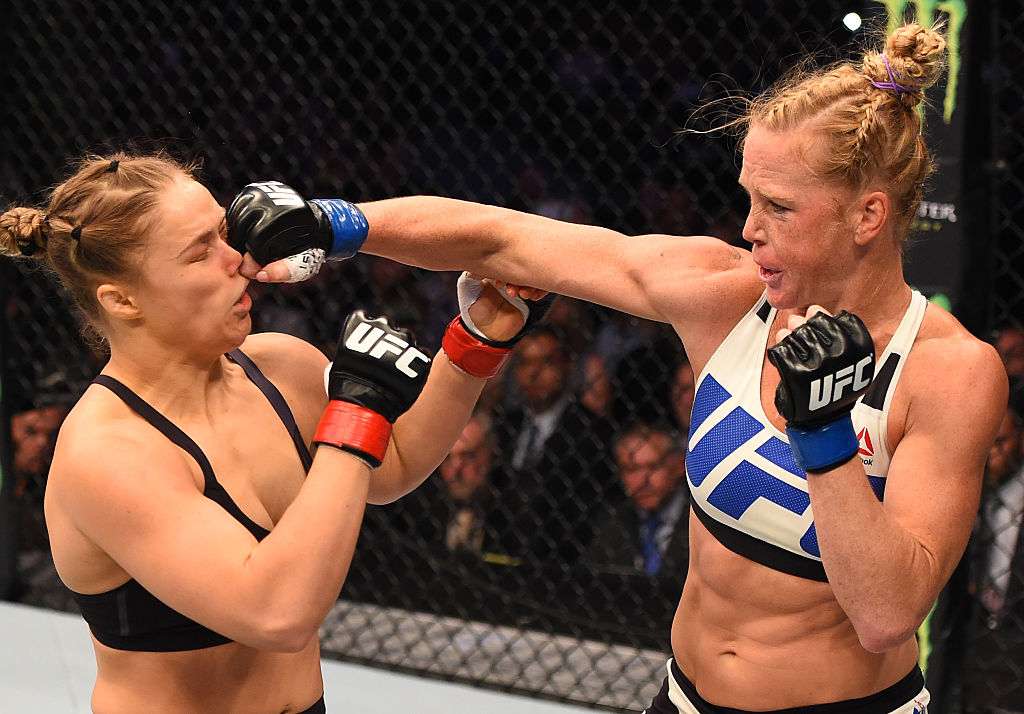 “It’s been awesome, and there have been so many memories and so many journeys along the way. So yeah, sometimes I do sit back and think like that, but it’s usually when I’m surrounded by my team because they’ve been on the ride with me.”

And despite back-to-back losses to Miesha Tate and Valentina Shevchenko -- a career-best 2015 gave way to a disappointing 2016 -- the ride is really just beginning for “The Preacher’s Daughter,” as she gets a clean slate in a division where she was at her best in boxing.

Holm never fought at 135 pounds in boxing, but it was where she shocked the MMA world in 2015 with her knockout of Ronda Rousey. Yet at 140 and 147 pounds in the ring, Holm made her name as one of the best ever, defeating three fighters already in the IWBHF (Christy Martin, Jane Couch, Ann Marie Saccurato), a clear sign that the best may be yet to come.

“It’s definitely been not that much of a stress because I haven’t really had to worry about my weight,” Holm said of the MMA move to featherweight. “I still want to be energetic and still want to feel like I’ve put in the same amount of discipline, I just won’t have to drop that much water weight. Most of my fights were at 140, 147, and I even had a couple at 154. Boxing’s a little different though. You don’t have as much clinch work, you don’t have wrestling, you don’t have someone lying on top of you. But 145, I still feel comfortable at.”

Odds are that there won’t be much wrestling or ground work with the Netherlands’ de Randamie, whose accomplishments in kickboxing mirror those of Holm’s in boxing, making this perhaps the greatest matchup of strikers in women’s MMA history and one that fight fans hope results in a five-round throwdown that will introduce the weight class to the UFC in style. Not surprisingly, Holm isn’t showing her hand.

“For this fight, we’re looking at an open game plan,” she said. “We have a few different things where we want to see how the fight goes, and I want to be prepared to be able to capitalize wherever it’s at. My goal is to never have Fight of the Night. I want Knockout of the Night, Submission of the Night, Performance of the Night. 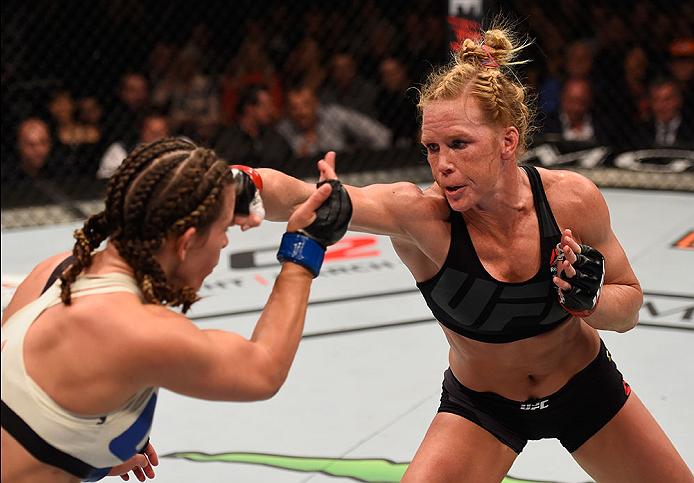 With that, the 35-year-old Holm would etch her name in the record books once more and then look for the next challenge. Again, there will be no big celebrations, no neon signs proclaiming her greatness, just back to the gym to get ready for another fight. It’s probably why she’s been so successful over the years, and why two losses that would devastate most fighters are more just a momentary setback in a much bigger story.

“I try to keep an even keel,” Holm said. “I never want to be so overconfident that I don’t want to keep learning. I always want to feel like I need to learn something. And I don’t ever want to feel like I’ve been defeated where there’s no way I can come back from it. I’m very capable, you got there the first time for a reason, you did the hard work, and I feel like that’s what it’s going to take to get back to the top again.