Holloway's Epic Streak To Face Its Greatest Test Against Edgar

The win streak currently sits at 11 for featherweight champion Max Holloway – just one behind No. 1-ranked pound-for-pound Demetrious Johnson.

During Holloway’s impeccable undefeated run that’s now spanned nearly four years, the Hawaiian has established himself as one of the elite fighters in the sport. Wins over Jose Aldo and Anthony Pettis, both pound-for-pound top 10 fighters during their careers, has turned Holloway into a superstar.

Even after all he’s accomplished, perhaps Holloway’s biggest test comes at UFC 218. It was announced this week that the champion will make his first title defense against longtime UFC great Frankie Edgar in Detroit on Dec. 2.

Holloway made his pay per view debut at UFC 150, the same card that featured Edgar in a main event title fight. “The Answer” has been getting it done in the Octagon for a decade, amassing 16 wins in his Hall of Fame-worthy career. A win at UFC 218 would make Edgar only the fourth-ever two weight world champion, but Holloway will surely have something to say about that.

To put in perspective how great Holloway has been, he’s tallied 14 wins in almost half the time it’s taken Edgar to get 16. Former UFC commentator Brian Stann said during Holloway’s fight with Cole Miller that the young phenom comes up with techniques and combinations as if he was a video game character.

Since his debut against an established Dustin Poirier at the time back in 2012, Holloway has been hailed as a can’t-miss prospect. He’s ascended the featherweight ranks steadily but not without setbacks. A pair of losses against Dennis Bermudez and Conor McGregor put Holloway at a 3-3 mark in the UFC and at a crossroads in his career.

He responded by running off one of the most prolific winning streaks in the history of the sport. Every fight Holloway seems to be better than last time out. His finishes of Pettis and Aldo raise him to a new level among the ranks of UFC champions. 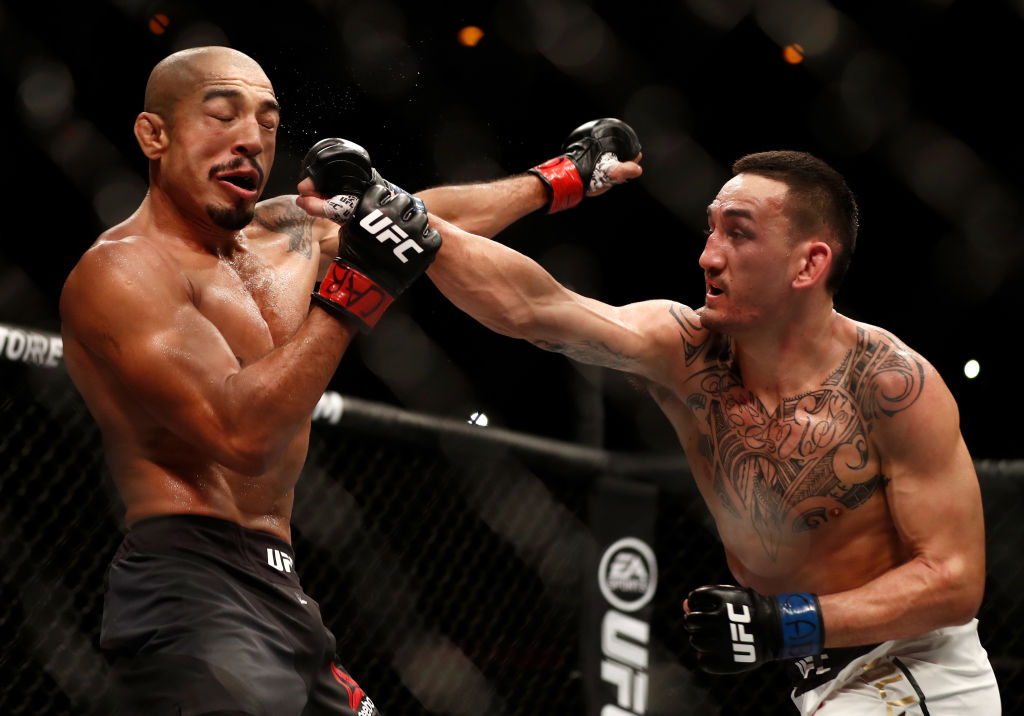 Combining top level skills with one of the brightest fight I.Q.s in the game, Holloway’s recipe of hard work, cerebral game-planning and humble outlook have helped him become a complete fighter. He’s faced elite strikers, wrestlers and grapplers and has prevailed over all. But matchups make fights and Edgar surely plans to bring a new kind of problem for Holloway to try and solve.

But “Blessed” has a plan for that, too.

“You're not going to outwork me. There is no way. I get stronger as the fight goes on,” he said. “This isn't a sprint and people keep thinking it is but it's a marathon. … I'm trying to leave a legacy and be one of the greatest to ever do it.”